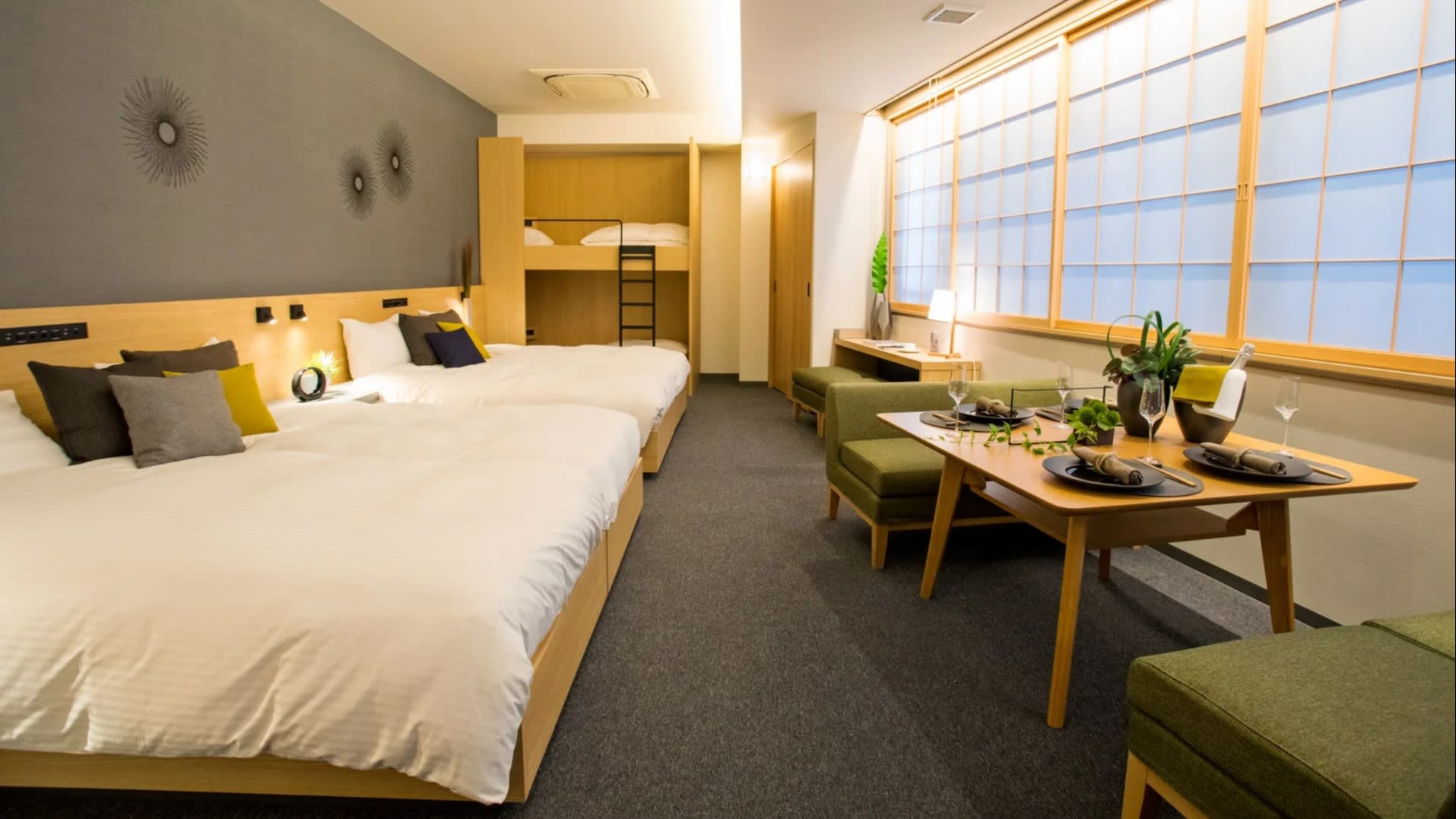 TOKYO -- Japanese real estate developers are building more hotels with larger rooms as they seek to capitalize on the country's ongoing tourism boom.

With more people coming to Japan with friends and family for sight-seeing, and fewer individuals coming for business, demand for hotel rooms that can accommodate four or more people is rising. Some hotels charge by the room rather than by guest, so patrons can save by sharing the costs of larger rooms.

Tokyo-based Cosmos Initia plans to triple the number of rooms that can accommodate four or more guests at its hotels by the end of March 2022. Sankei Building, also based in Tokyo, will open a new facility in Osaka with large rooms.

Cosmos Initia in 2018 opened Apartment Hotel Mimaru in Tokyo, which has rooms that accommodate four or more guests. It currently operates 12 of the hotels in Tokyo and Kyoto, with guest rooms totaling about 550, and it plans to open the first hotel in Osaka in the summer of 2020. The company aims to increase the number of similar hotels to about 30, with rooms totaling roughly 1,500, by the end of March 2022.

Each room at Mimaru includes a kitchen and a dining room. A room for four people measures about 40 sq. meters while a six-person room measures roughly 55 sq. meters. That is spacious compared to the 20 sq. meter rooms typical in Japan's low-cost business hotels.

A room at the hotels costs around 30,000 yen ($275) a night, and can be shared to cut down on the cost per person. About 90% of the hotels' guests are foreign nationals, mainly tourists from Taiwan and Southeast Asia, according to the company.

Sankei Building operates six Grids hotels, which have rooms accommodate groups of guests. The hotels are located in Tokyo, Hokkaido and Kyoto. The company plans to open the first Grids hotel in Osaka in December 2020.

Takara Leben opened an apartment-like hotel in Kyoto which can accommodate up to four guests in each room. Many guests of the hotel are foreign visitors. Both Takara Leben and Sankei Building made use of expertise they acquired in their respective condominium development businesses.

Japan has been welcoming record numbers of foreign nationals in recent years. The number of foreign visitors increased 8.7% in 2018 from the previous year to 31.19 million, according to a survey by Japan's Tourism Agency.

Reasons for coming are also changing. In 2012, tourism and leisure was cited by 49% of visitors as their purpose of visit, while 33.2% said their visit was for business. These figures changed to 78.2% and 13.8%, respectively.

Many tourists visit Japan in groups of either relatives or friends. 25.9% of foreign visitors arrived with family members or relatives, and 15.9% said they came with friends in 2014. Both figures rose to 31.7% and 21.4%, respectively, in 2018. The percentage of people who visited Japan alone or with colleagues declined over the same period.

The Japanese government has set a target of welcoming an annual 40 million visitors from overseas by 2020, when Tokyo will host the Olympics.

This will mean a shortage of 3,500 hotel rooms in Tokyo's 23 main wards that year, and a combined shortage of 7,000 rooms in the cities of Sapporo, Nagoya and Fukuoka, according to research by Tokyo real estate service company CBRE. The company expects lodging demand to fall below supply in Japan the following year.

"The key to success in creating hotels that can attract more customers is to change marketing strategies," a CBRE spokesperson said, pointing to the need for more thorough analyses of locations and target customers.