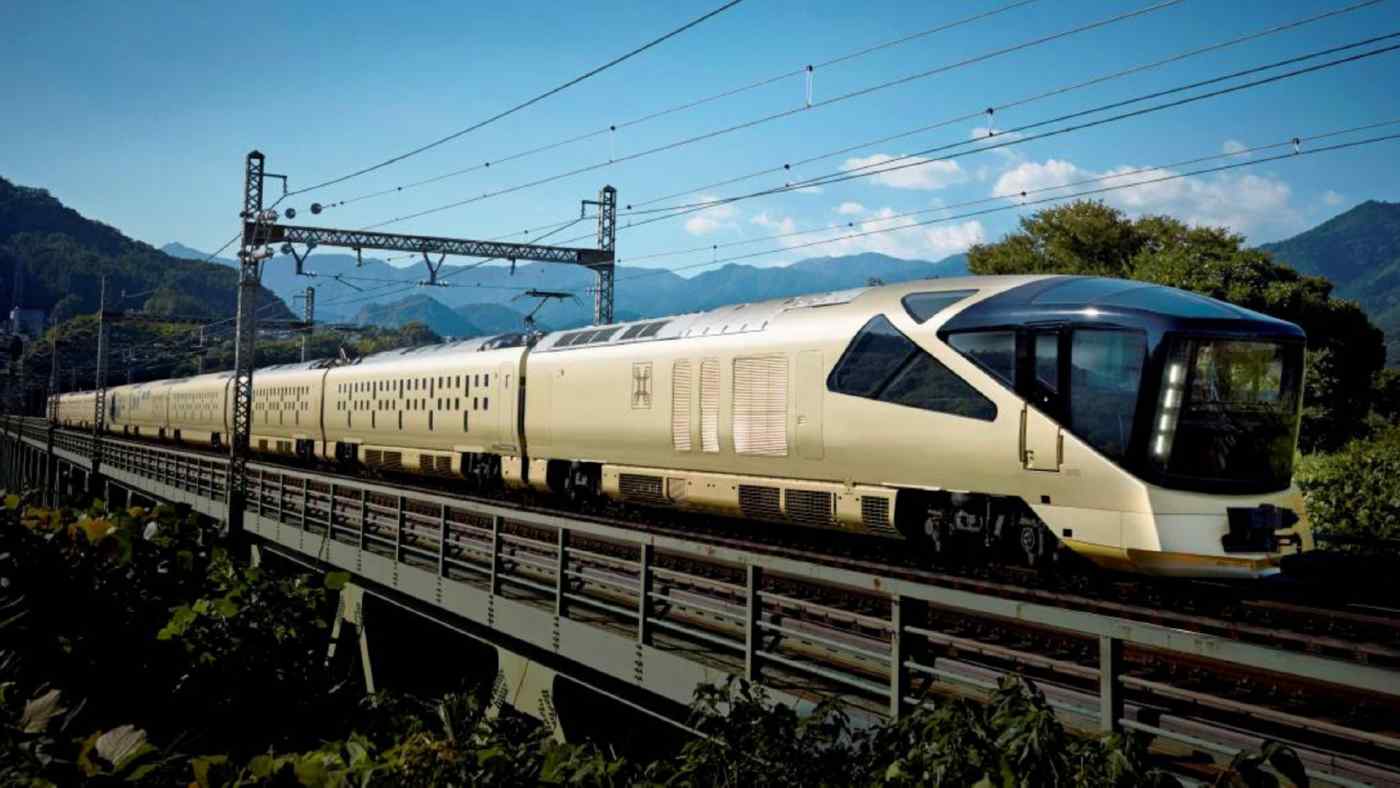 TOKYO -- Japanese railway operators, including East Japan Railway, known as JR East, have resumed luxury train services as they adjust to the new normal, following a hiatus of several months due to the coronavirus.

JR East's Train Suite Shiki-shima restarted operations in August. The luxury sightseeing train was idle between April and July, resulting in about 600 ticket cancellations. To bring back passengers and reassure a jittery public, the Tokyo-based operator has implemented more stringent disinfection practices of its trains, as well as other safety measures.

JR East hopes the long-awaited resumption of its flagship luxury train will also help revitalize virus-hit local economies along its routes, which connect Tokyo's Ueno Station with the adjoining Kanto-Koshinetsu and Tohoku regions.

Shiki-shima is a sleeper train with observation cars, a dining car and even a lounge. It offers overnight, two-night and three-night trips.

Although expensive -- trips cost at least several thousand dollars per person -- they were so popular before the pandemic that ticket lotteries had to be held.

Before resuming the luxury service, JR East established infection-control measures, including passenger and crew temperature checks every morning and placing sanitizers in rooms, the lounge and at the entrances to other shared spaces. In addition, the time for the departure ceremony at Ueno Station, which includes the introduction of the crew, was shortened to reduce potential exposure to the coronavirus. Partitions have been installed between some tables in the dining car of JR East’s Train Suite Shiki-shima. Photo of Shiki-shima's lounge from March 2017: The sleeper train has observation cars, a dining car and a lounge. (Photo by Rie Ishii)

JR East railway also wants to prevent passengers from congregating in one place for too long by offering two dinner slots in the dining car. There is now more space between seats, while some tables have been partitioned off. The head chef used to explain dishes to diners, but this practice has been replaced by printed explanations.

Despite the stringent measures, the railway is trying hard to keep luxury travel enjoyable. "We are experimenting with different measures to introduce a new travel style," said a JR East official.

Train Suite Shiki-shima has also been a huge support to local tourism, in partnership with regional governments along its routes. This has been appreciated: Some local governments even send officials to greet passengers personally as they disembark from trains.

"Because local economies are in dire straits due to the coronavirus, we want to help out through the resumption of the Shiki-shima service," said Hiroyuki Takahashi, general manager of JR East's Marketing Department.

JR East posted a net loss of 155.3 billion yen ($1.46 billion) on a consolidated basis for the April-June quarter, compared with a net profit of 91.5 billion yen a year earlier.

The railway's overall business still shows no sign of recovery. Ridership on the normally packed Yamanote Line in central Tokyo during morning rush hours between Aug. 3 and Aug. 7 tumbled 39% compared with early February.

With no end in sight for sluggish commuter demand, the railway wants to boost earnings by selling its high value-added luxury services. Other Japanese railway operators, including Kyushu Railway, known as JR Kyushu, have also resumed sightseeing trains after implementing strict antivirus measures. The company's Seven Stars in Kyushu luxury sleeper train resumed operations on Aug. 15 after heavy rains and the coronavirus forced a suspension. To ensure safety, passenger capacity has been reduced to 16 from the previous 30. Passengers must check their temperatures regularly and wear face masks.

Tokyu and JR Hokkaido railways have cut the number of Hokkaido tours on their jointly operated Royal Express train during the summer from five to three. Tokyu is based in Tokyo while JR Hokkaido is based in Sapporo, Hokkaido, the northernmost of Japan's four main islands.

The luxury trains have been especially popular among wealthy foreign tourists, but their numbers have dropped drastically since the coronavirus outbreak.

This makes it imperative for luxury train operators to convince domestic passengers to get on board, a task made simpler once passengers are convinced that proper hygiene and safety measures are in place.