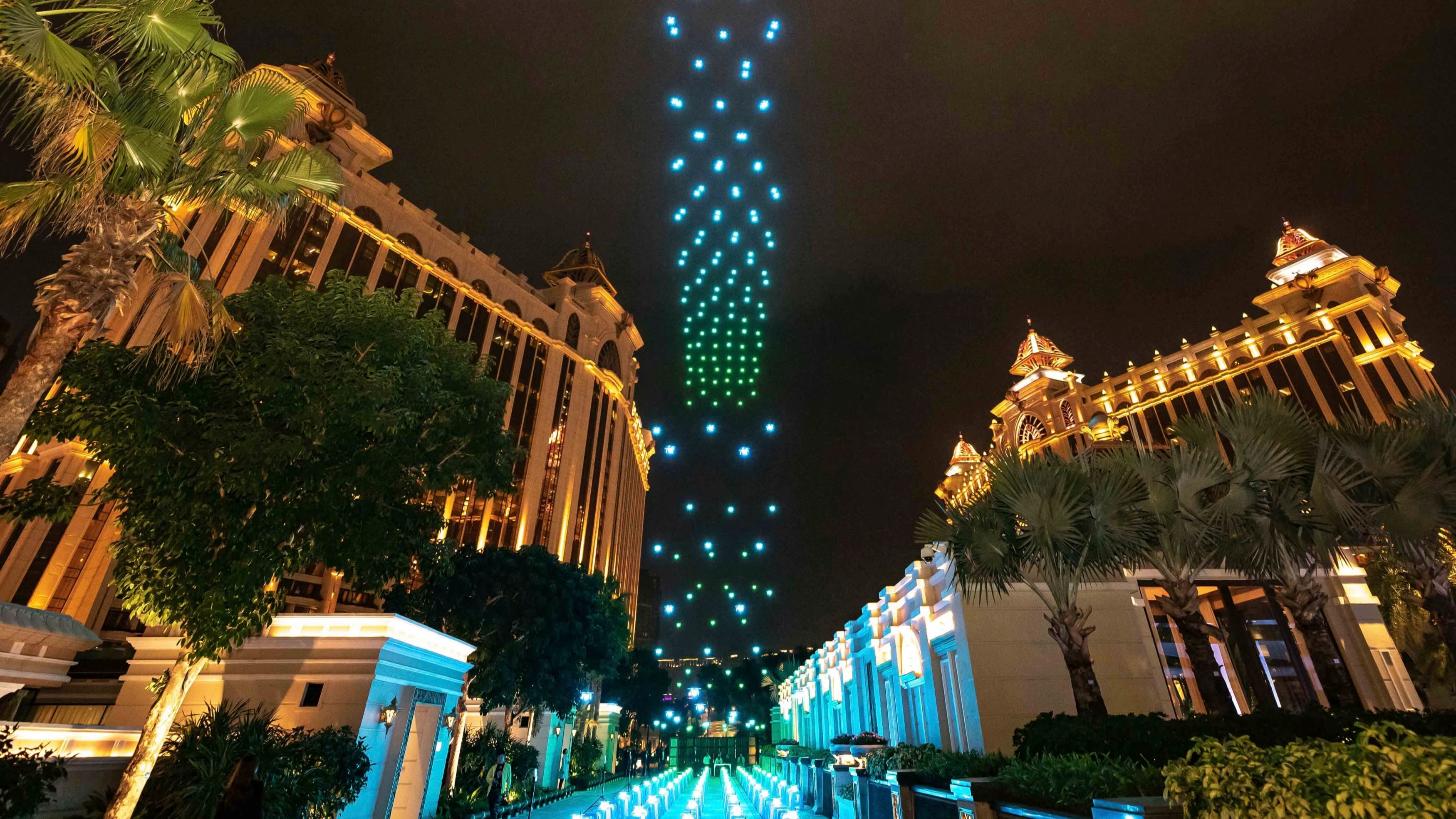 HONG KONG -- Visitation to casinos in Macao, the world's top gambling hub, is likely to recover gradually even as China begins to remove restrictions on travel, according to local operator Galaxy Entertainment Group.

"We believe that there is a significant pent-up demand for leisure, tourism and travel from China," the company said in its half-year results update on Thursday, citing "discussions with customers and our observations of popular travel destinations within China being in high demand."

But Chief Financial Officer Robert Drake told reporters, "It is very difficult to predict the short-term outlook for Macao."

"The Chinese economy has been negatively impacted by the virus and it would take some time for the economy to ramp up and for consumer confidence to return to pre-virus levels," he said.

The comments follow China's move to remove the bar on leisure visits to Macao by residents of the adjacent mainland city of Zhuhai from Wednesday and to allow those from the rest of Guangdong Province to make pleasure trips from Aug. 26. Residents of other provinces will be allowed to come for fun from Sept. 23.

Restrictions on travel for other purposes had already been relaxed in recent weeks.

Analysts and investors have reacted more enthusiastically than Galaxy's executives to the latest news. The company's shares have risen 10.3% so far this week amid the reopening announcements though they fell back 0.4% on Thursday.

Praveen Choudhary of Morgan Stanley said in a client note Tuesday that he expects demand for gambling in the October-December quarter to exceed that of the same period last year, unless travel controls are reintroduced.

Noting how luxury retail sales in the mainland grew in June and July over the year before, he cited pent-up demand from Chinese gamblers unable to bet for six months and still likely to be restricted from travel to other gambling destinations.

Vitaly Umansky of AB Bernstein said that Macao's casino operators need revenues to return to 35% to 40% of normal levels to start breaking even before taxes and finance charges. "Macao should be able to get to those levels by mid-autumn," he wrote in a note Tuesday.

As Macao casinos depend primarily on visitors from China, the imposition of coronavirus travel controls has had a devastating impact on industry profits, especially as the operators have kept local payrolls intact under government pressure. SJM Holdings as well as U.S.-owned operators Sands China, MGM China and Wynn Macau already reported first-half losses.

Galaxy posted a net loss of 2.86 billion Hong Kong dollars ($369 million) for first half of the year compared with a profit of HK$6.68 billion for the same period last year. Revenues dropped 76.3% to HK$6.22 billion. The company said it would suspend dividend payments.

Commenting on Galaxy's results, Umansky said, "Management has done a good job on cost controls, with operating cash burn reduced from $3.4 million during normal period, to $2.8 million during early pandemic days, and now is down to $2.5 million in 2Q20."

Noting that Galaxy's holdings of cash and liquid investments had slipped just 4% to HK$49.8 billion between March 31 and June 30, he said, "We believe Galaxy is in the best liquidity position to weather the pandemic storm."

Macao has been coronavirus-free since June and has only recorded 46 cases for the year so far, with most involving residents returning infected from overseas.