Local businesses in Niseko worry over loss of revenue and investors 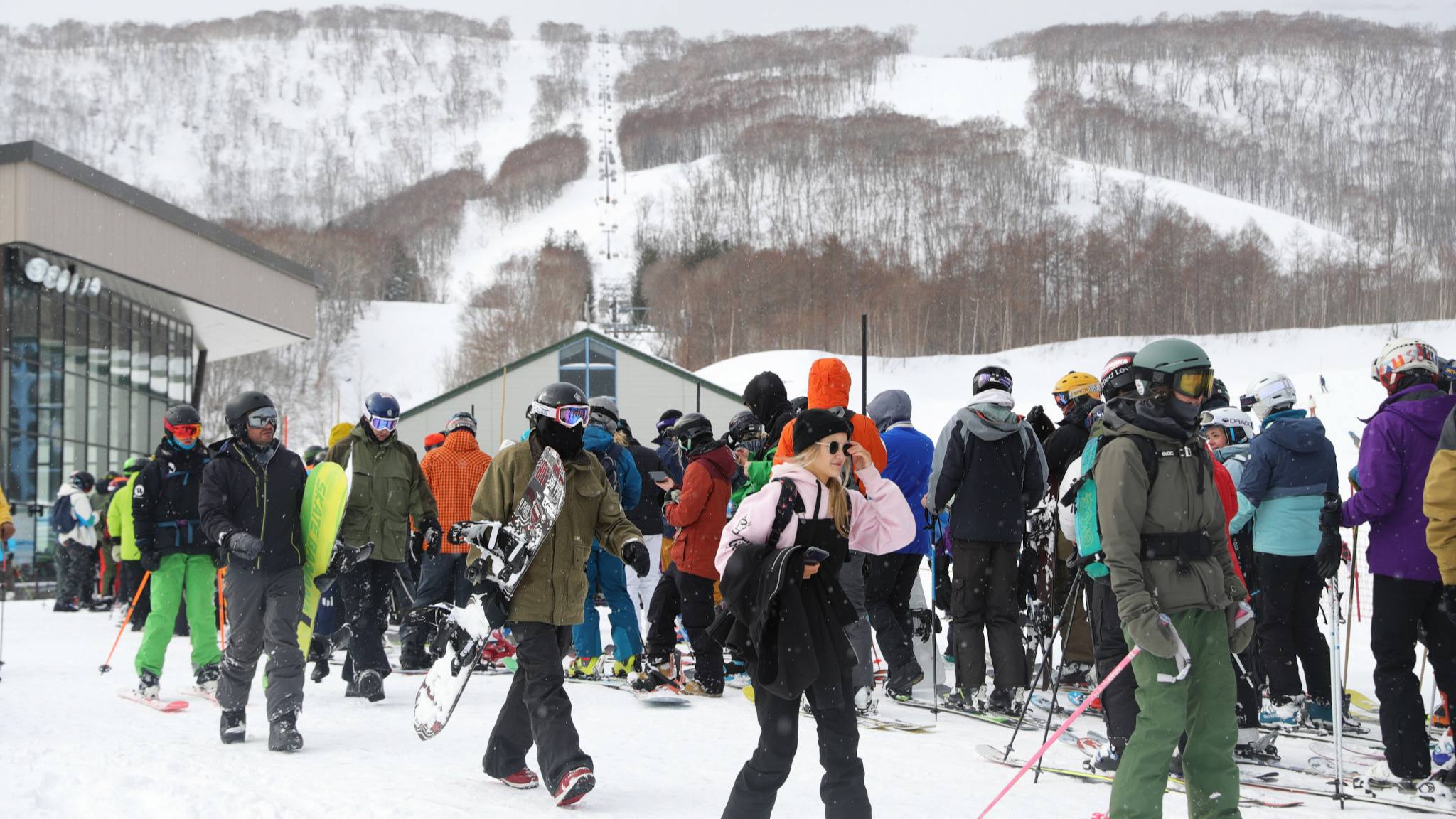 SAPPORO, Japan -- Niseko, an area renowned for its ski resorts on the northern island of Hokkaido that draws foreign skiers from around the world, has been shaken up by nearby towns' far-off plans to accept nuclear waste in exchange for generous government subsidies.

The towns of Suttsu and Kamoenai have both applied for preliminary feasibility surveys to be considered for a site that will store waste from the nation's nuclear power plants. The cash-starved towns struggling with declining populations are poised to each pocket 2 billion yen ($19 million) promised by the government for taking part in the studies alone.

Although whole selection process takes 20 years, the applications have touched off an outpouring of opposition from locals as well as from across the country, including from Hokkaido Gov. Naomichi Suzuki, who assailed the central government for "slapping the face with money."

The concern is especially palpable in the resort towns of Niseko and Kutchan, which are part of the Niseko resort area.

"To outsiders, it might as well be Niseko that is undergoing a survey," said Shinichi Maeda, an owner of a restaurant in Kutchan. "It's possible that foreign investors who had previously valued Niseko will pull out one by one."

Suttsu is located about 40 km west of the town of Niseko, which will see no economic benefit from the study but will surely be hit by the anxiety the plan will generate. Tourists enjoy fall in Niseko against the backdrop of Mount Yotei. (Photo by Shinichi Arakawa)

Maeda, who has lived outside Japan, including in Australia, has been in constant contact with foreign investors. Those investors see Niseko and Kutchan as just two of several of places to invest capital. Maeda believes that a third of those investors could potentially exclude Niseko over the waste sites.

Niseko, which encompasses the area near Mount Yotei, often called the "Mount Fuji of Hokkaido," was extremely popular with foreign tourists before the coronavirus pandemic hit. Now, the resort towns face one of their biggest trials.

In the previous fiscal year that ended March, foreign tourist numbers fell from a year ago, according to Niseko and Kutchan. While some of that can be attributed to the coronavirus, it also indicates a downward trend before the outbreak became a pandemic. Traffic peaked in fiscal years 2017 and 2018. Hotel rates surged in response to demand, causing some travelers to shy away due to sticker shock. The COVID-19 epidemic delivered a follow-up blow.

If the radioactive waste site surveys damage the regional reputation, the time needed to recover will likely double.

The broader Shiribeshi region that includes Niseko is also home to the Tomari nuclear power plant, operated by Hokkaido Electric Power. Ross Findlay, who founded the Niseko Adventure Centre, an outfit that played a pioneering role in drawing international tourists to Niseko, is not happy about the feasibility surveys.

While there has not been a palpable impact yet, there is no advantage to be gained from the surveys either, said Findlay.

The first step of the feasibility survey, based on data, is expected to take two years. The chances are small that Suttsu and Kamoenai will move onto the next phase, a preliminary survey, given objections from the governor. And even if a nuclear waste site were to be built, it will not happen for at least another 20 years. A snow-covered Mount Yotei is seen from the ski town of Niseko in Japan's Hokkaido. (Photo by Mamoru Yago)

Still the possibility of hosting a nuclear waste site, however remote, is enough to rail up opposition.

The owner of a tourism business in Kutchan believes in local production and consumption, and uses seafood from Shiribeshi. But that may have to change.

"Foreign customers are sensitive," said the owner. "If the nuclear waste issue gains prominence, it'll become hard to use" locally made seafood.

In Japan, there is still no final repository for nuclear waste -- it is stored in interim locations. After the 2011 Fukushima nuclear disaster raised public awareness, countries across the globe have struggled to find permanent places to store the waste.

When Kamoenai announced it would apply for an initial survey in October, The Associated Press reported the story with the headline "2 remote Japan towns seek to host nuclear waste storage site." The article was carried by news outlets all over the world.

Last month, five citizens groups presented the Hokkaido governor with a petition signed by 450,000 people opposing the feasibility survey for the two towns. The signatures were collected nationwide. The preliminary studies underway in the two towns are becoming an issue that could undermine tourism throughout Hokkaido.

Niseko drew over 1.75 million tourists in fiscal 2019 when including Japanese, an increase of 5%. Kutchan's numbers fell 16% to 1.49 million that same year, but the town is experiencing a rush of hotel and condo openings.

It goes without saying that Niseko is a highly competitive resort town. While it sees no merit in the preliminary surveys, Niseko has yet to see the true depth of the damage they can bring.