Phuket to reopen for vaccinated tourists without quarantine: 5 things to know

'Sandbox' experiment will be steppingstone for further reopening 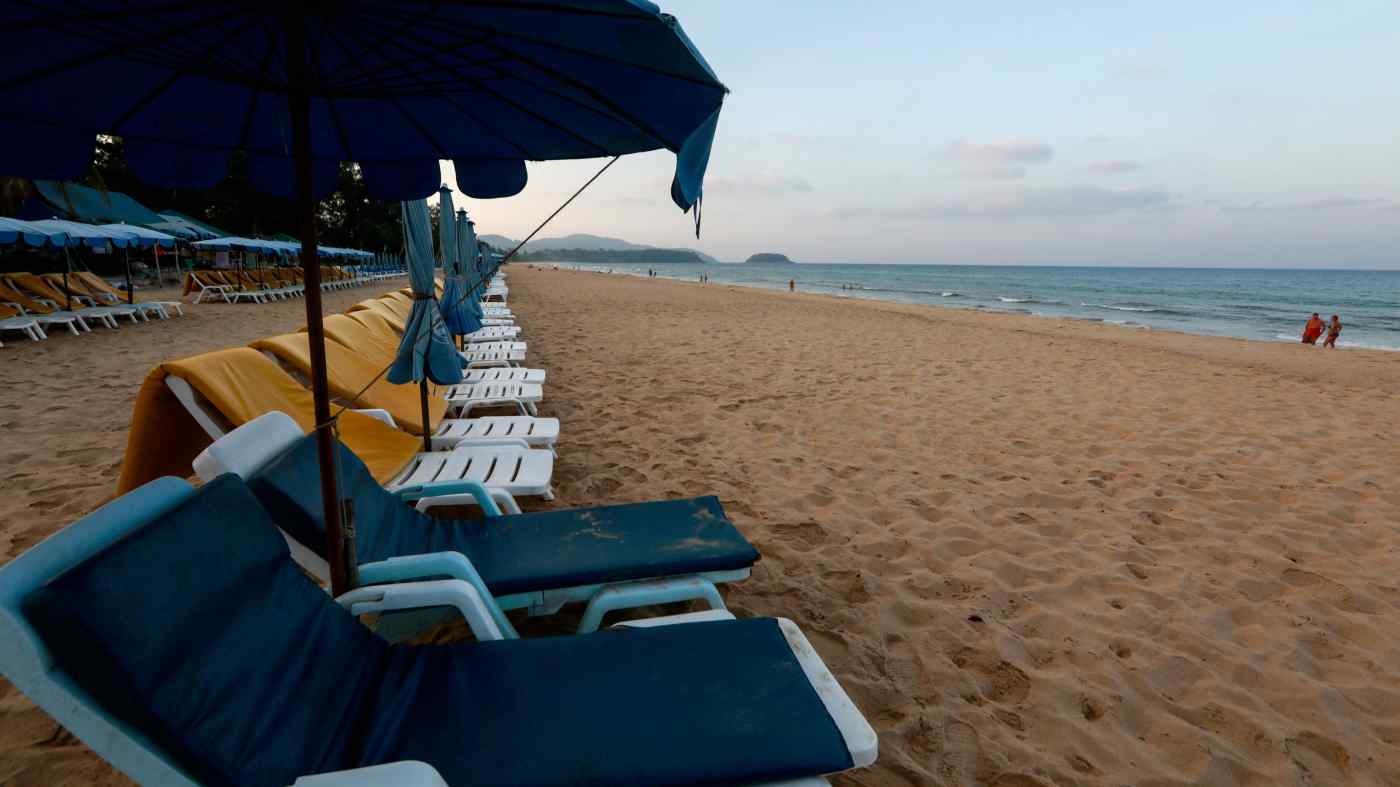 Tourists will be able to roam around Phuket after testing negative for the virus upon arrival.    © Reuters
MASAYUKI YUDA, Nikkei staff writerJune 25, 2021 13:20 JST | Thailand
CopyCopied

BANGKOK -- In less than a week, Thailand will start accepting vaccinated international travelers at Phuket.

The limited reopening, named the "Phuket sandbox," will be an important steppingstone that may clear the path for Southeast Asia's second-largest economy to fully allow tourists to roam around its soil by mid-October.

Success with reopening Phuket is key to the recovery of the Thai economy, as tourism and related businesses accounted for one-fifth of the country's gross domestic product in pre-COVID times.

To balance incoming visitors' convenience and residents' infection risks, the government has set complicated rules for entering the Andaman island.

What is the Phuket sandbox?

The Phuket sandbox is a field experiment the Thai government has decided to conduct on the world-famous island. Prime Minister Prayuth Chan-ocha's cabinet gave final approval on Tuesday to begin the experiment from July 1.

Phuket will accept vaccinated tourists from abroad without any quarantine period. They will be able to roam around the tropical island after testing negative for the virus upon arrival. If they go on to other destinations in Thailand, they must spend at least 14 nights in Phuket before leaving.

Incoming travelers will also be required to download an app tracing their location. The data will be used to notify them if they have come in close contact with any virus cases.

Who will be able to visit the island?

Incoming travelers must be fully vaccinated at least 14 days before their departure with vaccines registered with Thailand's Ministry of Public Health or approved by the World Health Organization. A vaccine certificate must be presented as a proof.

A negative PCR test result issued no more than 72 hours before departure must also be presented. They also must buy insurance for COVID-19 expenses, with a minimum coverage of $100,000.

Visitors must arrive on a direct flight from a low- to medium-risk country categorized by Thailand's Ministry of Public Health using daily confirmed cases and the Global COVID-19 Index published by Malaysian consultancy firm Pemandu Associates, and must have spent at least 21 days in that country before departure. The country list is updated twice a month. The most recent list, released on June 16, shows that low-risk areas include Taiwan, Australia, New Zealand, Singapore, Qatar, Israel and Norway.

Japan, Indonesia, the Philippines, Malaysia, India, Oman, the Netherlands, France and Brazil are seen as highly risky. Thailand categorizes itself as a high-risk country.

According to the Tourism Authority of Thailand, Singapore Airlines, El Al Israel Airlines, Etihad Airways and Emirates will operate direct flights from July 1, and Thai Airways International will start the following day.

Why would the Thai government conduct such an experiment?

Using the Phuket sandbox experiment as a steppingstone, Thailand has a plan to gradually open up the country for international tourists.

From July 15, the kingdom is set to extend its island-reopening approach to Samui, roughly 250 km northeast of Phuket. Although visitors to Samui will not initially be able to travel freely around the tropical island like in Phuket, they will be able to move around the vicinity of their resort without confining themselves in their room, and travel farther in stages.

The approach will be expanded to other islands such as Phi Phi, Ngai, Railay and Yao in southern Thailand from August, according to the Tourism Authority. The mainland tourist destinations of Chiang Mai, Pattaya and Buriram will start accepting vaccinated tourists from September. From mid-October, all parts of Thailand, including Bangkok, will be reopened to vaccinated tourists without quarantine.

Tourism and related businesses used to account for 20% of the country's gross domestic product. The Thai economy shrank 6.1% in 2020 due to a lack of tourists. On Wednesday, the Bank of Thailand lowered its economic outlook for 2021 and 2022 from 3.0% and 4.7% to 1.8% and 3.9% respectively, as it saw that the ongoing third wave of the COVID-19 pandemic would reduce the number of tourists the country could allow.

What will make the experiment success or failure?

The purpose of the experiment is to build confidence among Thais on accepting foreign tourists while controlling the local epidemic. It will help the government nurture a public mood accepting gradual expansion of the program and eventually will allow the country to fully reopen to vaccinated visitors.

Tourism and Sports Minister Pipat Ratchakitprakarn said a command center would be set up to monitor epidemics on the island. The center will determine whether to continue, suspend or completely stop the program, depending the situation. Ninety confirmed cases per week, transmission across three districts or six subdistricts, or the wide spread of new variants would trigger a halt to the experiment, affecting the plan for further reopening.

What key factors could bring success?

Cooperation among tourists and residents in guarding against the virus is critically important.

To ensure the safety of Phuket's residents and incoming travelers, the islanders are now being rapidly vaccinated -- as of Tuesday, 45.3% had received a second dose. The government is racing to bring the percentage to over 70% before the reopening test begins.

In order to minimize the risk of the virus entering the kingdom, Thai authorities must stringently check if tourists correctly meet all the requirements.

Phuket may also have to regain its charms. Its turquoise-blue waters and white beaches remain attractive, but long closures have put some popular restaurants and shops permanently out of business. Partygoers used to choose Phuket for debaucheries, but pubs and bars are not currently allowed to operate, although restaurants are allowed to serve alcohol.