Ride the rails in style aboard Japan's 10 best tourist trains TOKYO -- Since the debut of the luxury Seven Stars train on Japan's southwestern island of Kyushu in 2013, sightseeing trains have drawn renewed interest among travelers. These resorts on rails offer everything from fine cuisine made with local produce to opportunities to meet people along the route.

New trains aimed at leisure travelers have appeared in Japan one after another in recent years. Here are a few of the trains that have rolled onto the tracks since 2015.

Echigo Tokimeki Resort Setsugekka made its maiden run in 2016. The train's vermilion exterior is a traditional Japanese color. Local accents include Echigo cedar and Tsubamesanjo metalwork in the carriages.

Echigo Tokimeki Resort Setsugekka offers spectacular views of the scenery, including the Sea of Japan, paddy fields and the unique Tsutsuishi Station, built in the middle of a tunnel, to name just a few.

Passengers departing from Itoigawa Station can savor Japanese cuisine from the storied Tsurugiya restaurant, which was destroyed in massive fire and rebuilt last year. This train meanders close to cultural landmarks such as Zentsuji Temple and Kotohiragu Shrine in Kagawa Prefecture and Tokushima Prefecture's Iya Valley, home to the descendants of defeated Heike (Taira clan) warriors. Travelers can lose themselves in rustic landscapes, an undeveloped woodland and the beauty of the valley. 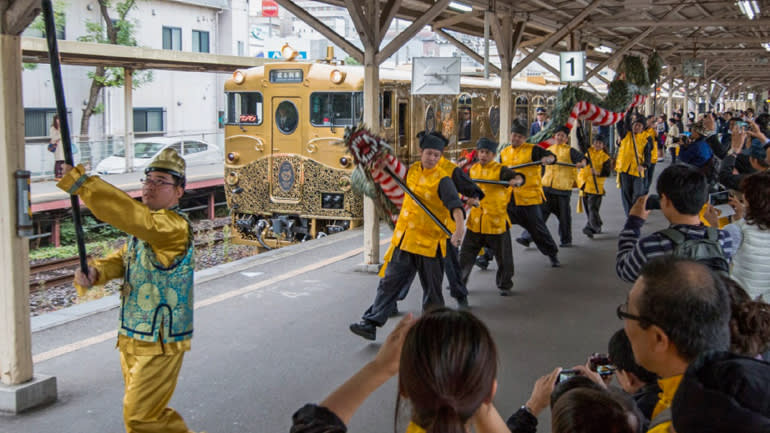 This train is modeled after a luxurious train built by a U.S. manufacturer during the Meiji period (1868-1912). The operator, Kyushu Railway, ordered the train but it never entered service because the company was later nationalized.

Yoshihiro Narisawa, a well-known chef has created a prix fixe course for passengers consisting of a boxed lunch and four kinds of sweets. This line runs in a loop from seaside to mountains and back. The train takes its name from the vertical distance from the bottom of Toyama Bay to the top of the Tateyama mountain range: 4,000 meters or 13,000 shaku -- a traditional Japanese unit of measure. Passengers can watch sushi chefs at work and sample locally brewed sake. 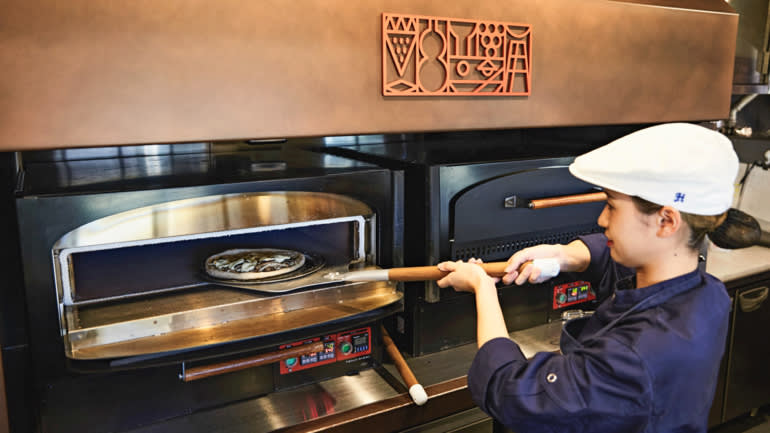 The train bound for the city of Omuta departs from downtown Fukuoka, passing through residential areas and countryside. Ovens in the open kitchen serve freshly made pizzas whose crust is made from wheat flour from the Chikugo region and topped with locally grown vegetables. Starting in Takaoka Station, the Himi Line heads toward the coast, while the Johana Line runs through a mountainous area. Both lines are known for their beautiful scenery. Seafood rice bowls, locally brewed sakes and hors d'oeuvres are popular with riders. This train runs between Yokohama and the Izu Peninsula. There is a play area for children in one section. Ornate artwork and stained glass adorn the luxurious carriages. 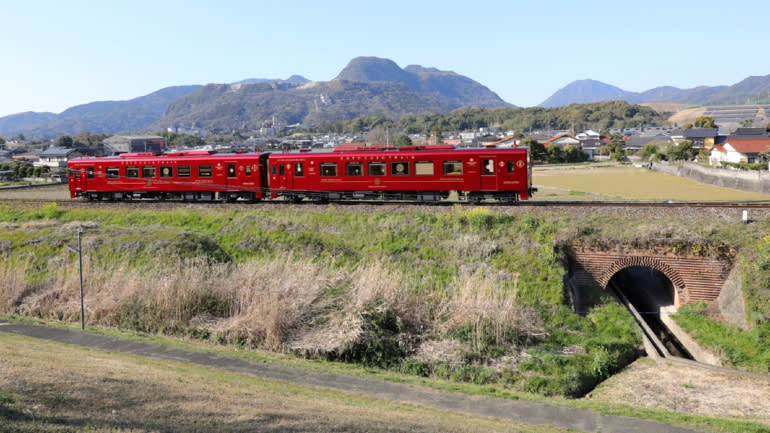 This train trundles through Chikuho, an area that once prospered as a mining district. Its name "Coto Coto," mimics the sound of the train as it rolls along the track. It features French cuisine from Takeshi Fukuyama, a celebrated chef from Fukuoka. Ingredients used in the appetizers come from nine cities, towns and villages along the route. Part of the train's name, "Hanashi," is taken from the names of Yamaguchi Prefecture cities along the route: Hagi, Nagato and Shimonoseki. The journey includes a quiz and other entertainment aimed at familiarizing passengers with the local cuisine and history. 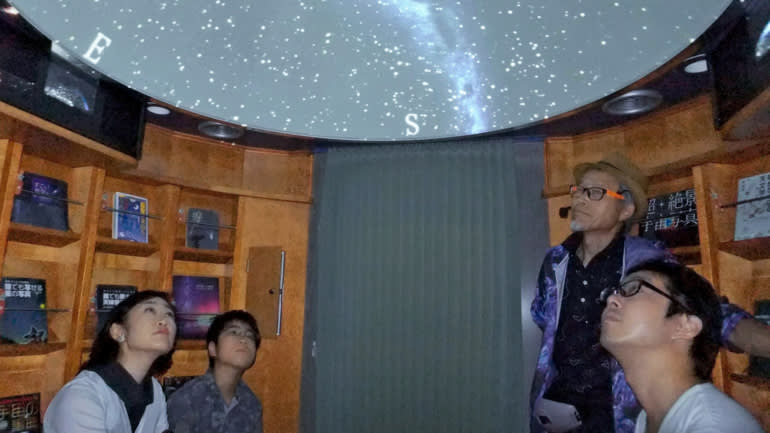 This train is "the closest to the sky." At 1,375 meters, the Koumi Line, is the highest among Japan Railway group companies. The seats are upholstered with a constellation motif and a gallery with a domed ceiling projects stars from the night sky. 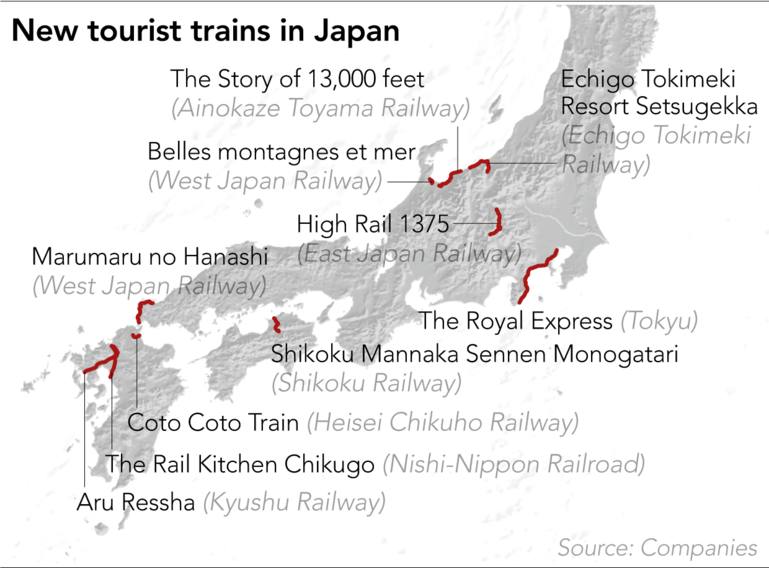