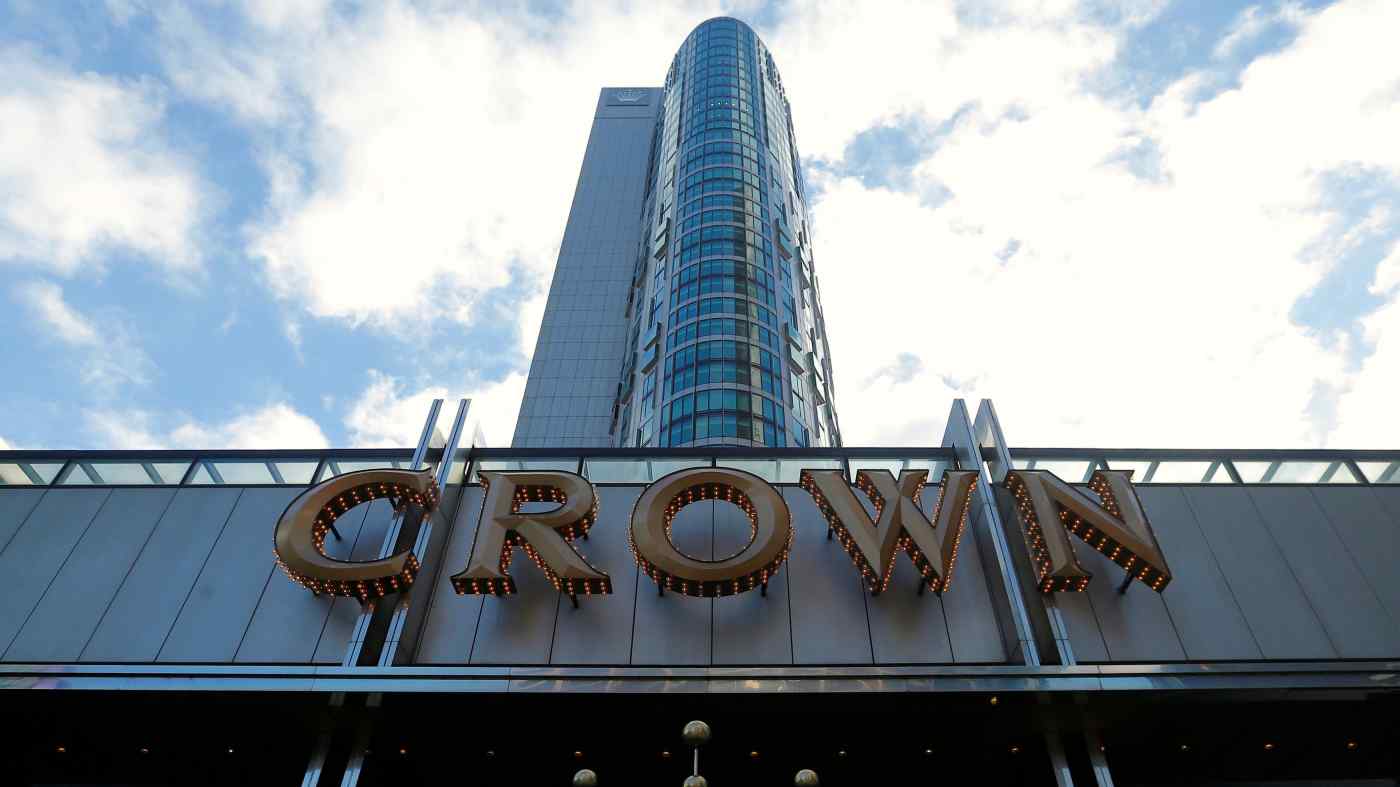 SYDNEY -- A bidding war over Australian casino operator Crown Resorts heated up further on Monday with U.S. private equity group Blackstone raising its offer while domestic rival Star Entertainment Group jumped into the fray with its own proposal.

The interest from Blackstone and Star as well as U.S. private equity group Oaktree Capital comes even as two of Crown's three casinos are shuttered and regulatory probes cloud their future.

On Monday, a royal commission in Perth began hearings into whether Crown is fit to retain its state gaming license in Western Australia. A separate commission in Victoria State is set to open its own hearings in Melbourne next Monday.

Investors, though, focused on the bidding interest Monday, pushing Crown shares up 7.3% to AU$13, their highest level in a year and a half. Shares of Star closed up 7.7% at AU$4.21.

A merger with Star "would create quite an extensive range of casinos across Australia," said Charles Livingstone, who studies gambling policy as an associate professor at Monash University and who previously served as an adviser to the national government.

"The economies of scale from operating that business would be enough to generate significant saving," he added.

Star Chief Executive Matt Bekier estimated the annual savings from combining his company, which operates casinos in Sydney, Brisbane and the Gold Coast, with Crown at 150 million Australian dollars ($117.65 million) to AU$200 million a year.

Crown, which announced that Steve McCain, managing director of property developer Lendlease Group, would become its new chief executive next month, said it would review the latest offers from Star and Blackstone.

McCain was closely involved in the development of Crown's AU$2.2 billion hotel in Sydney, which opened to guests in December without gaming; New South Wales regulators have ruled the company unsuitable to offer gambling in the state due to failures to prevent money laundering at its other properties as well as poor corporate governance practices. These findings led to the exit of the company's previous chief executive and five board directors.

Blackstone, which holds just under 10% of Crown's shares, kicked off the bidding for the company in March. It raised its offer 4% Monday to AU$12.35 a share, or about AU$8.32 billion. Oaktree's offer to finance the company's buyout of lead shareholder James Packer, is worth about AU$12 a share.

Under the terms of Star's offer, Crown stockholders could swap their shares for 2.68 Star shares each, worth AU$11.28 at Monday's closing price. Star also agreed to buy out up to 25% of Crown's shares at AU$12.50 each.

Akshay Chopra, a fund manager with Australia's Karara Capital, which has held shares in both casino companies, said Star had a key advantage over rival bidders in that state regulators have already vetted it as an operator.

"Probity will be the big thing and Star will probably get probity (done) a lot quicker given their existing relationships with regulators compared to someone like an international casino operator or a private equity firm," he said. "The timing is probably right because Crown has got so many other issues going on and Star can step in and realize value for shareholders better than the likes of Blackstone and Oaktree can."

Competition regulators, however, might object to allowing the country's two biggest casino operators to join forces.

The Australian Competition and Consumer Commission said Monday that it would review Star's merger proposal.

In 2013, after building up a stake of 10% in what is now Star and getting permission to raise its ownership as high as 23%, Crown abruptly sold its shares to focus on its own project in Sydney, Star's best market.

Both Chopra and Livingstone see grounds for optimism that the competition agency will not block the combination given slot parlors and other types of gambling business vying for attention.

"If you look at the whole range of gaming opportunities in Australia, there are a great many alternative gambling providers with a large number of bookmakers and we have got a large number of clubs and hotels offering gambling," Livingstone said.

In writing to Crown's chairman, Star Chairman John O'Neill said: "The Star and Crown have shared complementary visions to build world-class gaming and entertainment offerings across Australia and the Asia-Pacific region.

"The merger would advance that vision in the interests of our respective shareholders by creating a national tourism and entertainment leader with a larger, more diversified portfolio of integrated resorts with leading strategic positions in key Australian markets," he said.

Like gaming peers around the world, Crown and Star have been battered by the pandemic amid repeated closures and restrictions on travel, especially from China, a key source of high rollers. State officials ordered Crown to close its Perth casino last week following the discovery of new COVID cases in the city just two days after it had reopened from its last shutdown.

For the six months to December, Crown reported a net loss of AU$120.9 million after revenues plunged 62.1% to AU$581 million. With Sydney less affected by COVID lockdowns than Melbourne or Perth, Star reported a profit of AU$51.2 million, down 33.1%, on revenue of AU$741.4 million.