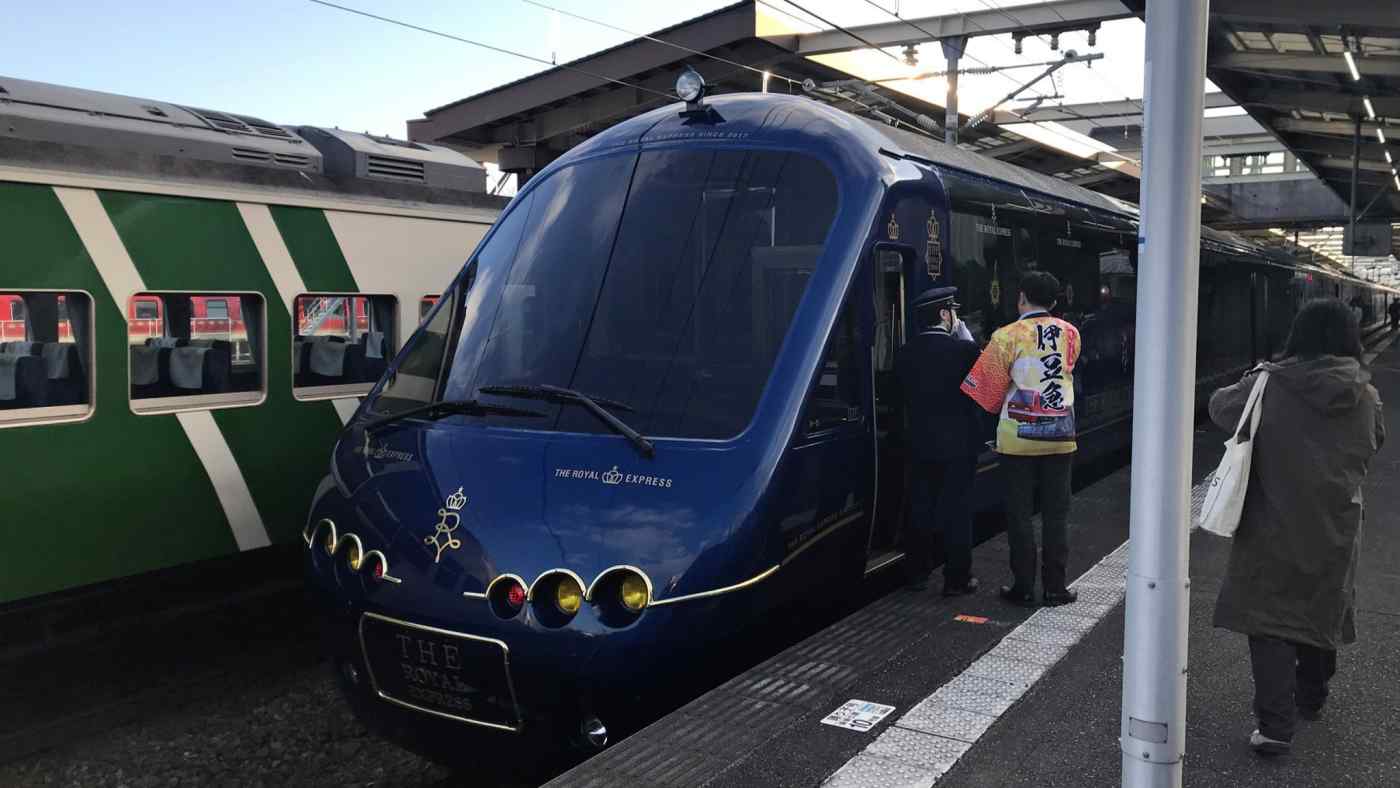 SAPPORO, Japan -- Rail operator Tokyu has teamed up with Hokkaido Railway to roll out luxury Royal Express train tours through the northern island for hefty price tags starting at 680,000 yen ($6,179).

Five tours are planned from Aug. 14 through mid-September, with each lasting four days and three nights. The trips, which start and end in Sapporo, will go through scenic routes that include dairy farms in Tokachi, the vast Kushiro Marsh that is home to rich wildlife and Furano's lavender fields.

"Royal Express will create buzz," JR Hokkaido President Osamu Shimada said in an interview last year. "It's a completely different experience to work together with the local communities to host high-grade clientele."

Onboard dining will include local fare, such as Tokachi Wine and vegetable and seafood harvested in Hokkaido. Restaurants noted in Michelin Guide Hokkaido 2017 will prepare the meals. 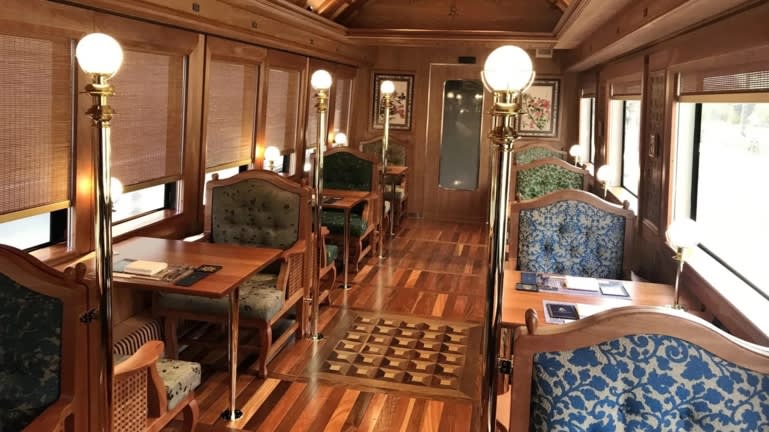 Wood paneling features heavily in the interior design of the Royal Express. (Photo by Toru Takahashi)

Nighttime lodging will be provided by Tokachigawa Onsen Daiichi Hotel -- a hot springs resort -- as well as the Kitakobushi Shiretoko Hotel & Resort and Furano Resort Orika.

Each tour will accommodate 30 people, and reservations will open to the public on Feb. 17. For a couple sharing a room, a single-passenger fare falls between 680,000 yen and 760,000 yen.

In unveiling the train for the Hokkaido tours Tuesday, Tokyu invited reporters on a ride from Yokohama to the city of Ito. The train has an observation car for enjoying panoramic views, as well as a library. Musicians played the piano and violin in the dining car.

Eiji Mitooka, famed for his work on the Seven Stars in Kyushu luxury sleeper train operated by Kyushu Railway, designed the Royal Express.

The Royal Express has began operating in 2017 but this year marks the first time the upscale locomotive operates outside Tokyu's service area.

JR Hokkaido singled out tourism trains as a top challenge in its medium-term plan through 2023. The company had not been able to parlay Hokkaido's appeal as a tourist destination into revenues. This summer, the company will finally have a chance to take full advantage of that potential.