Explore the history and mystery of 'Japan Heritage' TOKYO -- Though not quite in the same league as UNESCO World Heritage sites, ten underrated destinations in Japan, known for their natural beauty and cultural aura, rate highly as places of historical interest and are asking for increased public support.

Designated as "Japan Heritage" -- places the Agency for Cultural Affairs deem notable due to historical and cultural significance -- all ten locations have a distinctive vibe that makes for an interesting adventure into the past.

Unlike UNESCO sites, which are marked for preservation, the Japanese classification is mostly aimed at revitalizing and promoting local communities.

The agency plans to increase the number of Japan Heritage sites like the ones shown below to 100 from the current 83 next year, with some receiving the designation in time for the 2020 Tokyo Summer Olympics. A "journey to rebirth" begins with 2,446 stone steps surrounded by 300-year-old cedar trees.

Mount Gassan, Mount Haguro and Mount Yudono -- representing the past, present and future -- are where Shugendo, a school of Japanese mountain asceticism, has been practiced for centuries. Climbing the mountains is regarded as a pilgrimage of rebirth.

The Shoreisai festival is held each New Year's Eve at the summit of Mt. Haguro. In the festival's torch event, predictions for the harvest and fish catch are determined by how the torches burn. 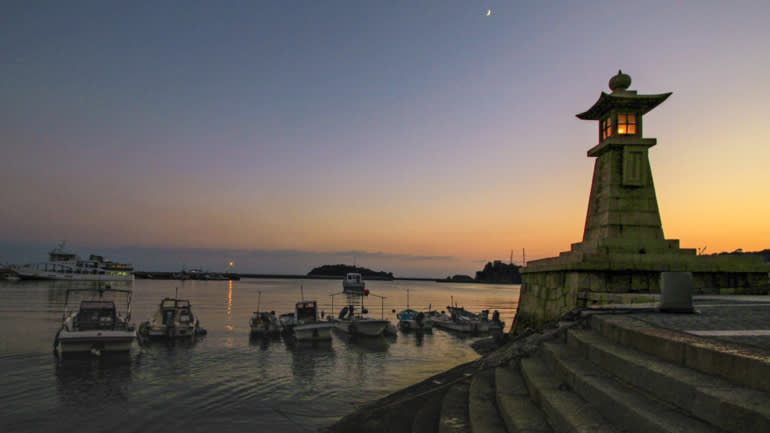 Located on the banks of the Seto Inland Sea, this charming town features alleys lined with traditional houses and merchant homes, reminiscent of life during the Edo period, from 1603 to 1868. Sakura, Narita, Sawara and Choshi still retain their Edo-era charm, with streets lined with samurai residences and other historic buildings. 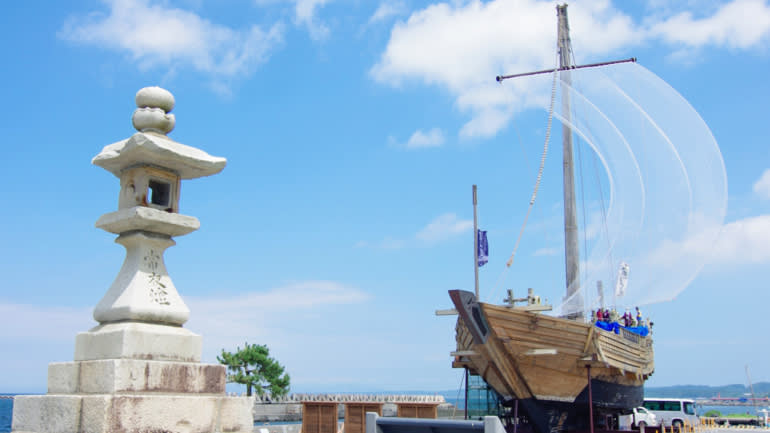 The large merchant houses and shipowners' mansions of bygone days still stand in ports located along the main shipping route that supported the Edo-era economy. Visiting ama huts is popular among foreign tourists, who sample fresh seafood caught by ama and learn about the region's fishing. The Yamashiro area in southern Kyoto Prefecture is known for Ujicha, a famous Japanese tea. Visitors see how tea is grown at large plantations in the region.

Water in life and prayer 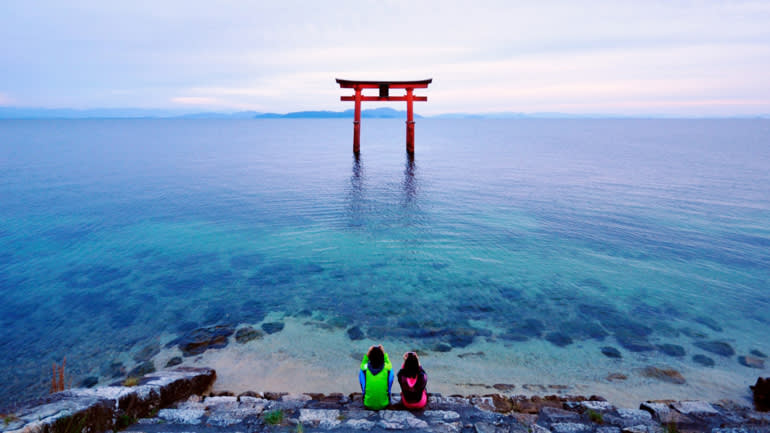 Near Lake Biwa, the largest lake in Japan, people celebrate water through numerous festivals, as well as in temples and shrines. Trekking up the side of Mount Mitoku, famed for Shugendo ascetic training, visitors pass the precariously perched Nageiredo, a temple hanging to the face of a sheer cliff and called Japan's most dangerous national treasure. Arita, part of the Hizen region in northwestern Kyushu, is the birthplace of Japanese porcelain ware.