Performers facing pressure to transfer to other departments 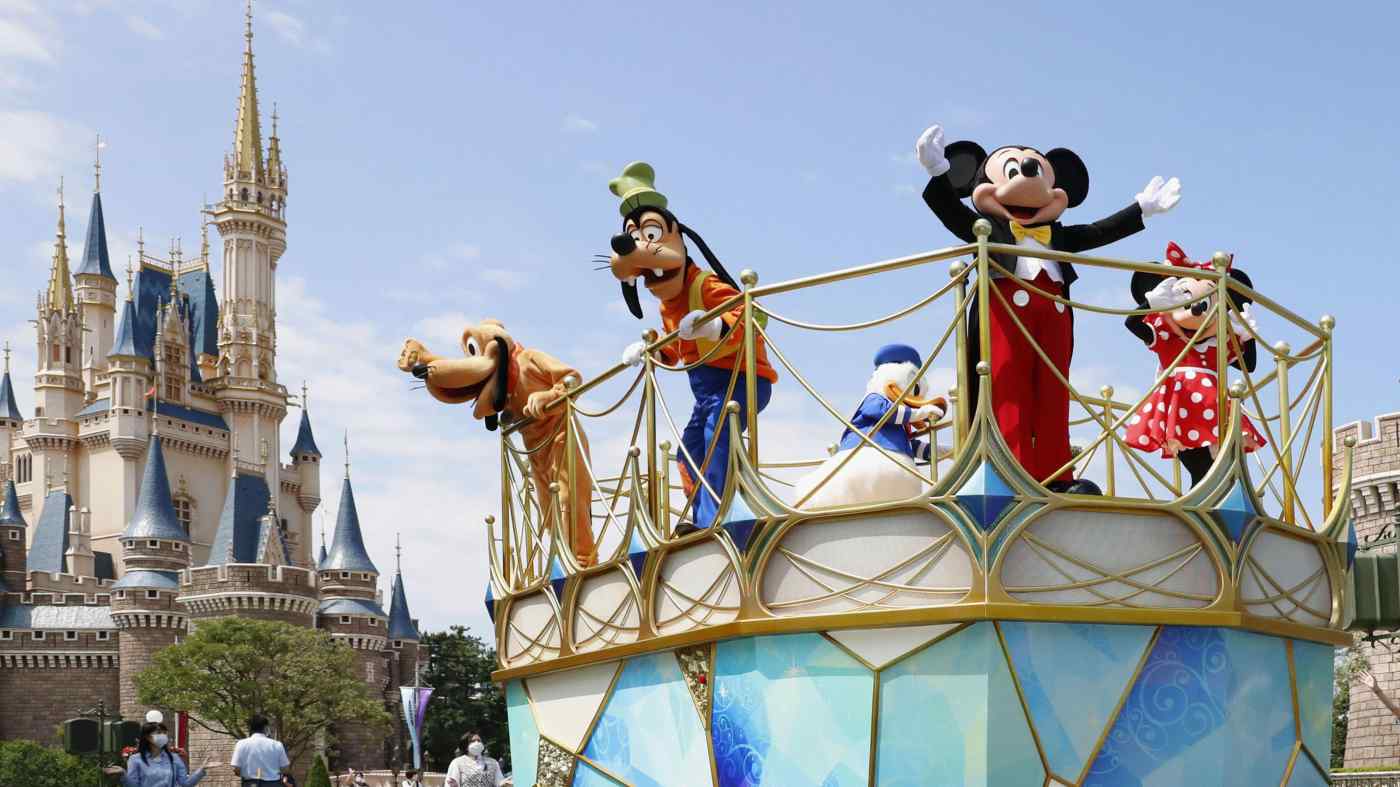 Most events at Tokyo Disney Resort have been canceled due to the coronavirus outbreak, which has kept customers at home.   © Kyodo
Nikkei staff writersSeptember 14, 2020 17:04 JSTUpdated on September 14, 2020 18:47 JST | Japan
CopyCopied

TOKYO -- Oriental Land, the operator of Tokyo Disney Resort, plans to cut winter bonuses by 70% for its roughly 4,000 full-time and part-time employees, according to sources.

Some contract workers, such as dancers, who are currently without work, are being urged to transfer or retire to cut costs in response to the drop in business caused by the novel coronavirus. The resorts employ around 4,000 full-time employees and 20,000 part-time and contract workers.

Most events at Disney theme parks have been canceled due to the COVID-19 outbreak. Performers have either been laid off entirely or are working sharply reduced hours. Most of these contract workers will be asked to choose between working in a different department, such as ticket sales, or receiving severance pay on retirement. About 1,000 people are subject to the cutbacks.

The operator of Tokyo Disneyland told hundreds of dancers that the company had no work for them until the spring of next year at the earliest. When events resume, dancers will be picked on their ability.

For part-time workers, the company will cut their furlough payment to about 60% of their original salaries after October, from 80% previously.

The company will also cut executive pay. In June, Oriental Land already announced a cut in the pay of representatives and directors by 30% and 20% respectively, but it will make further reductions.

Tokyo Disneyland and DisneySea closed from end-February due to the pandemic until July when they reopened to only half the number of visitors they have the capacity to take.

Oriental Land reported a loss of 24.8 billion yen ($234 million) for the April to June period, due to the closures.