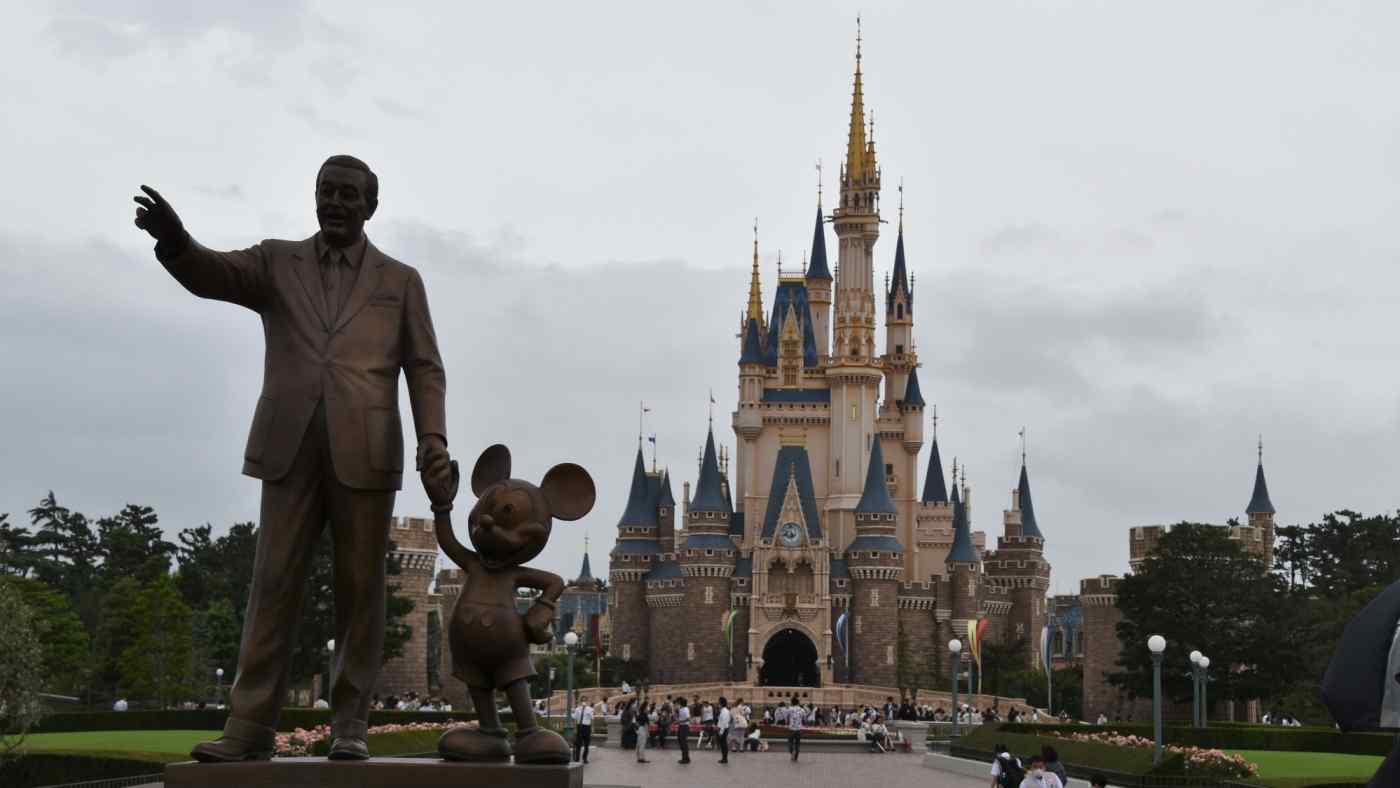 TOKYO -- Deep losses for the operator of Tokyo Disney Resort illustrate how Japan's leisure and entertainment companies are reeling from capacity limits and other restrictions tied to the coronavirus pandemic.

Oriental Land reported a 28.7 billion yen ($276 million) net loss for the April-December period, down from a year-earlier net profit of 70.9 billion yen. Revenue was on track to a recovery until Japan's recent spike in COVID-19 cases prompted new business restrictions.

Sales tumbled 65% on the year to 137.1 billion yen for the nine-month period. The operator of Tokyo Disneyland, Tokyo DisneySea and several hotels retained its full-year forecast for a 51.1 billion net loss.

For the October-December quarter, the company logged a net profit of 1.3 billion yen, its first in four quarters. Capacity was increased during the preceding quarter, while Oriental Land's hotels logged a smaller decline in guests thanks to Japan's tourism campaign. Fixed costs also were slashed.

But under the coronavirus state of emergency declared this month for the Tokyo area, Oriental Land has cut theme park hours and, per government request, limited daily attendance to 10,000 guests -- around 10% of pre-pandemic levels. Its capacity was 40,000 people in December.

"We were just about to raise our capacity, and the new restrictions are dealing a serious blow," a senior executive said.

Oriental Land plans to curb repair and event costs and continue tapping employment protection subsidies. The company held 286 billion yen in cash as of Dec. 31, and has yet to use a 200 billion yen line of credit or a 100 billion yen bond issuance quota. Financing remains available, but the company's upcoming park expansion will require substantial investments.

These headwinds blow across the industry. Tokyo Dome, operator of the namesake indoor baseball stadium and an adjacent amusement park, has shut the park during the week while opening it for fewer hours on weekends. Yomiuriland limits daily attendance to 5,000 visitors.

Karaoke venue chain Koshidaka Holdings had expected a return to the black on a net basis for the year to August, but now calls its outlook "uncertain." The company is bracing for sales to tumble 60% on the year in January, outpacing the 50% drop in December.

Compared with amusement park operators, which own vast land and facilities, companies with leisure centers inside complexes tend to have a weaker financial position.

Karaoke venue chain Tetsujin's liabilities exceeded assets as of Nov. 30 for the first time in two quarters, by 4 million yen. Bowling alley chain Round One took out 36.5 billion yen in loans in September or later, far surpassing cash on hand at the end of March.

Capital bases have shrunk for many companies, which may move to bolster them.

Job losses are feared as the industry slumps.

"A growing number of small eateries and inns are going under during the pandemic," said Masato Koike, an economist at Dai-ichi Life Research Institute. "If this trend spreads to the leisure industry, this would affect employment."