TOKYO -- A Four Seasons luxury hotel opening in central Tokyo next Tuesday offers a massive suite with a sweeping view of the city's landmarks, starting at 2.8 million yen ($26,348) a night.

The Four Seasons Tokyo in Otemachi, which was unveiled to the press for a preview on Wednesday, spans 190 rooms on the 34th through 38th floors of Otemachi One Tower, a mixed-use tower complex in Tokyo's Chiyoda Ward.

The 280-sq.-meter Imperial Suite perched on the 38th floor overlooks the Imperial Palace and Tokyo Tower and comes with a separate study. The space can host exhibitions, dinner parties and serve as a workspace for businesses.

Mitsui Fudosan, the property developer that manages the hotel, hopes to attract wealthy Japanese willing to pay for a luxury experience given that overseas tourists are not allowed into the country due to the pandemic.

About half the rooms face the Imperial Palace while the rest overlook the Tokyo Skytree observation tower. Japanese style sliding doors, lacquered trays and similar amenities give the quarters a Japanese touch. 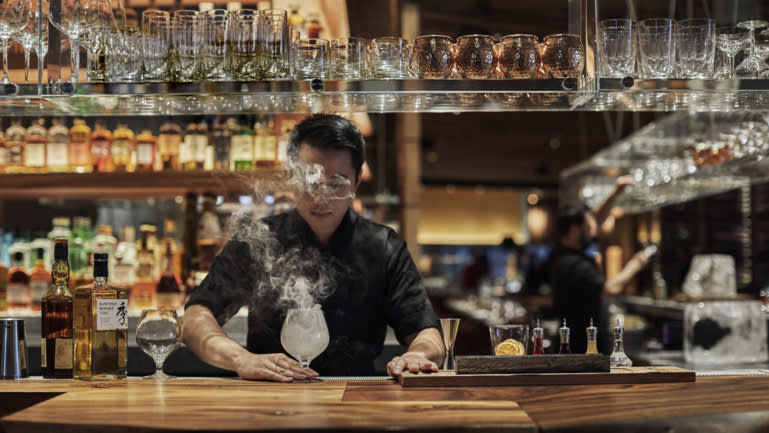 Rates for the rooms, which have at least 49 sq. meters of space, start at 75,000 yen per night, although prices will vary with the season.

The lobby of the hotel, on the 39th floor, is adjacent to Italian and French restaurants. The bar includes a lounge and private rooms. Also on the floor are a spa, a pool and a fitness room.

The hotel will host weddings, business meetings and other functions on the third floor of the tower. Along with multiple meeting rooms that can seat 12 people each, there is a 446 sq. meter ballroom that can accommodate over 100 guests.

Otemachi One is a major development project undertaken jointly by Mitsui Fudosan and trading conglomerate Mitsui & Co. Next to the tower is another high-rise, the Mitsui & Co. Building, which serves as the company's new headquarters.

Mitsui Fudosan signed a management agreement with Four Seasons Hotels and Resorts, based in Toronto. The Canadian company will provide the know-how in running the hotel.

Although construction was completed in February, the opening was postponed from the original July 1 date due to the coronavirus epidemic. 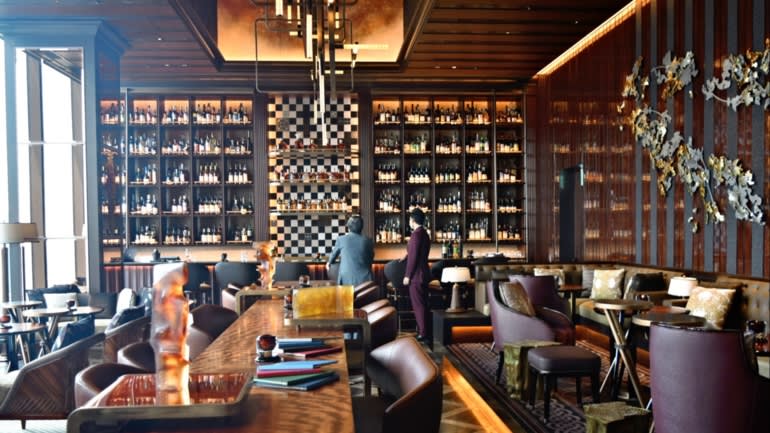 The bar at the Four Seasons is attached to a lounge and private rooms.