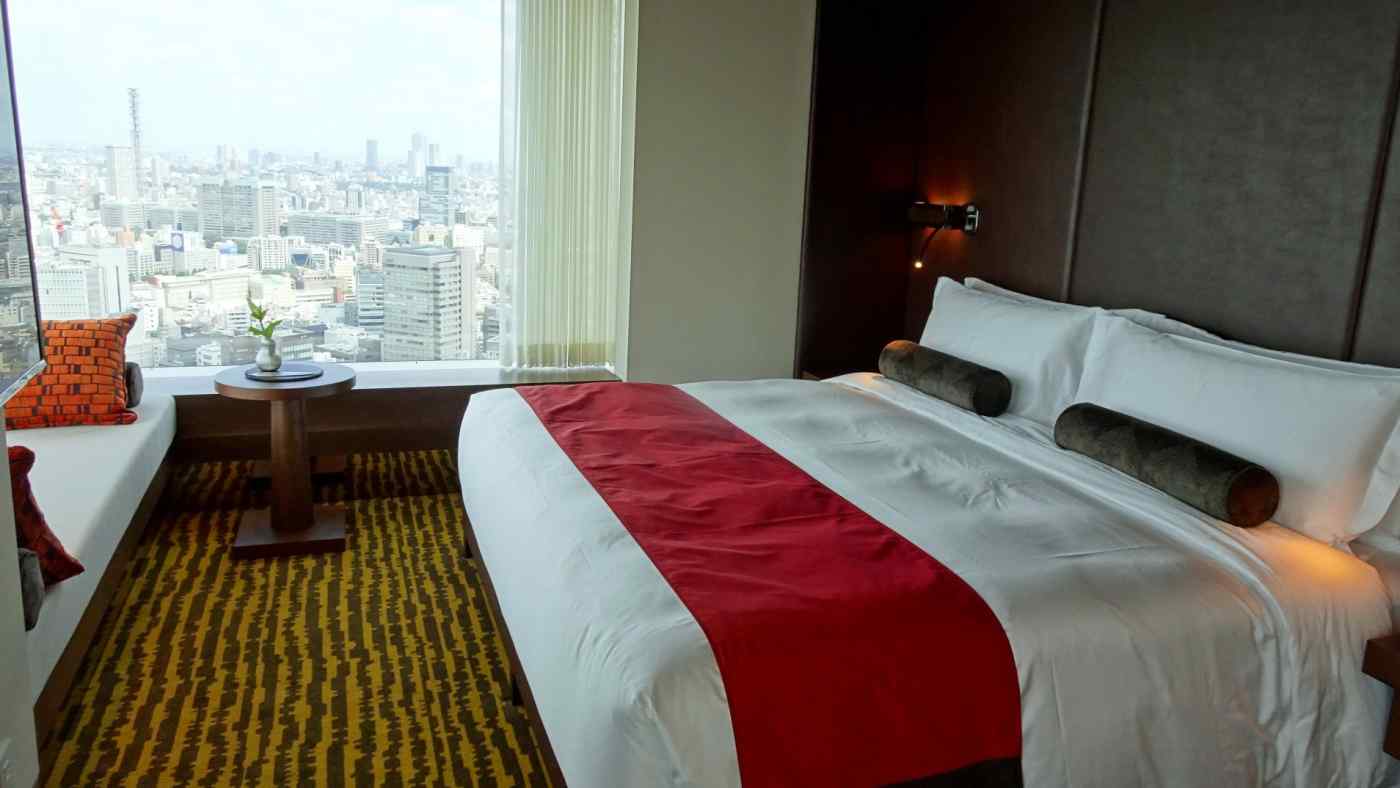 TOKYO -- July 24, 2020, was set to be one of the most difficult days in recent years to book a hotel in Tokyo. But with the 2020 Tokyo Summer Olympics postponed, the would-be opening day of the big event has seen a flurry of cancellations, leading to a steep drop in room prices.

According to a Nikkei analysis of hotel reservation site Rakuten Travel, the drop in prices has reached 50%.

Nikkei compared prices on March 23, just before the Olympics were pushed back by a year, with those on April 2, at 522 business hotels in central Tokyo. Of those hotels, 433 of them, or 83%, had lowered prices.

With most major hotels having already held rooms for Olympic officials or foreign delegations, the rooms to regular spectators were mainly business hotels that offer stays without many amenities. Those rooms are now available for much cheaper.

Since March 23, some 600 stays have made their way back to Rakuten's website, offering rooms. The average price of accommodation for two adults in a room now goes for 23,000 yen, or $212, as opposed to 46,000 yen pre-postponement. The average discount was 57%.

The postponement has been a nightmare for hotel operators. "Most of the reservations during the Olympics period have been canceled," said a representative at APA Group, which operates more than 300 properties in Japan. Current average occupancy rate is around 50%, the company says, the worst since the group was founded in 1988.

APA is especially vulnerable to price fluctuation because its room prices are decided by the general managers at each of its properties based on reservations and past records, rather than a group-wide uniform price. "With the coronavirus and the Olympics, they have no choice but to bring down rates," a company representative said. "It is causing tremendous losses."

According to the Japan City Hotel Association, average occupancy was already down to 69.6% in February, a 12.8-point fall from a year earlier. With people staying at home due to the virus, March occupancy is expected to significantly fall further.

Hotels generally are a high-maintenance industry that employ a large work force and require constant expenditures to keep the building spick and span. When occupancy suddenly falls, it immediately hurts the bottom line. "It all comes down to when the coronavirus settles down," said Kiyoshi Tsuchiya, a Tokyo-based director at CBRE Hotels Asia Pacific.

The unusually tough year for the industry may lead to major reshuffling of players. While some industry insiders feel that once the travel restrictions are lifted, visitors to Japan will return with a vengeance, some like APA see it as opportunity to expand by buying hotels that cannot stand alone.

The summer 2021 promises to be a golden opportunity for the hotel industry. It remains to be seen how many of the Tokyo hotels will still be around to see that chance.