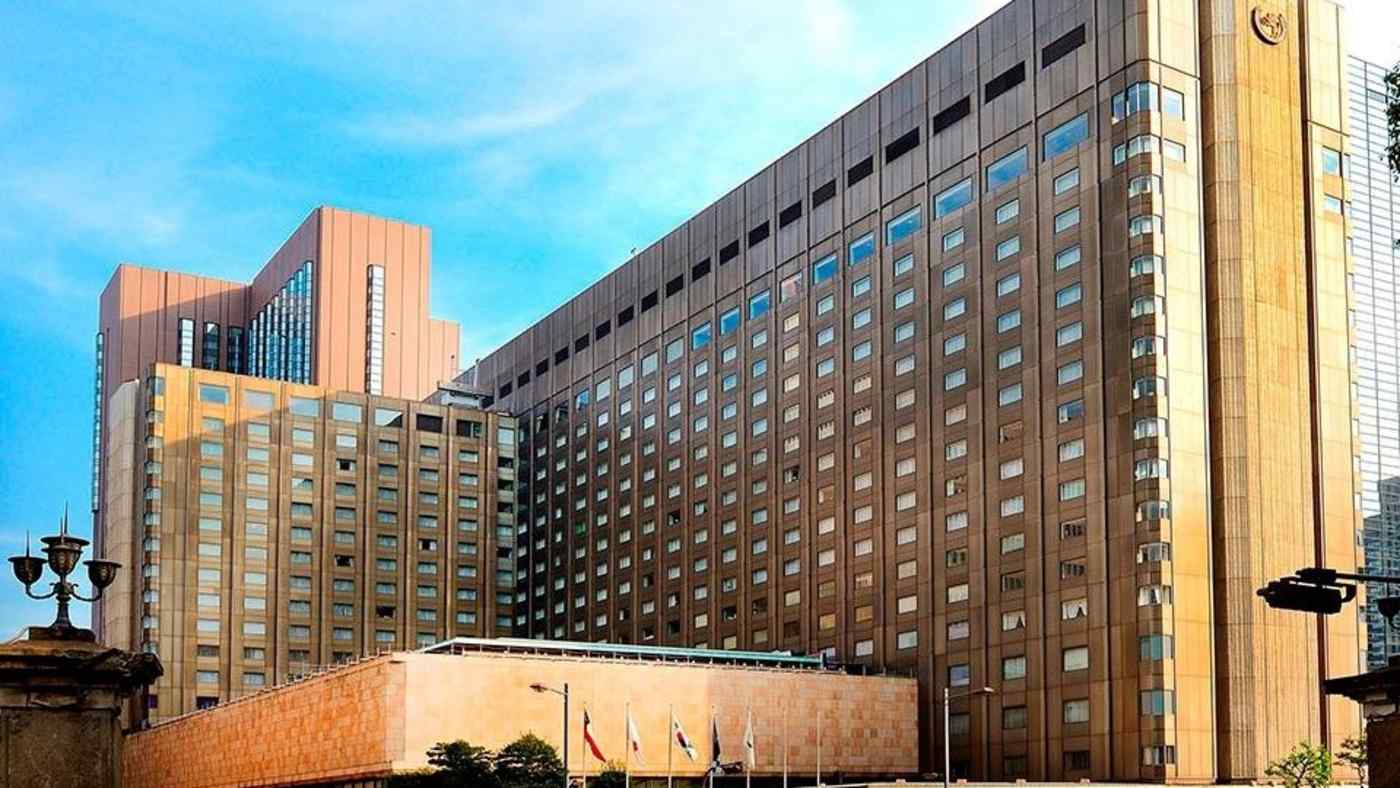 The Imperial Hotel in Tokyo is known for having hosted such notable guests as Marilyn Monroe and Joe DiMaggio on their honeymoon as well as Helen Keller. (Photo from hotel's Facebook account)
YOSHIHIRO HARA, Nikkei staff writerMarch 17, 2021 03:10 JST | Japan
CopyCopied

TOKYO -- The Imperial Hotel Tokyo, a historic luxury hotel renowned for hosting international dignitaries as well as the world's rich and famous, will experience a nearly $2 billion reconstruction with a reopening slated for fiscal 2036, Nikkei has learned.

The rebuild will take place toward the end of an urban renewal project for the surrounding Uchisaiwaicho district in the capital led by real estate developer Mitsui Fudosan, in what has been called the biggest post-Olympic redevelopment project in the capital.

Imperial Hotel, the operator of the landmark institution, will make an official announcement later this month. A high-rise annex will be completed as early as fiscal 2030 before the main building is rebuilt. The company has yet to decide whether to continue business at a different site during the reconstruction. The new hotel is expected to maintain the same majestic ambience.

Construction of the main building and the annex tower are expected to cost in excess of 200 billion yen ($1.83 billion).

Founded in 1890, the Imperial Hotel Tokyo is known internationally for its second-generation main building designed by American architect Frank Lloyd Wright, which opened in 1923. It later hosted such notable guests as Marilyn Monroe and Joe DiMaggio on their honeymoon as well as Helen Keller.

The current main building is aging, having opened its doors in 1970. The 17-story building with about 570 rooms has a 31-story tower annex, which was finished in 1983 as Japan's first hotel doubling as a commercial building.

The operator wants to enhance the hotel's competitiveness against global luxury giants and seeks to raise room rates after the makeover.

Imperial Hotel reported a net loss of 8.6 billion yen for the nine months ended December, sinking into the red from a 3 billion yen profit a year earlier, as the pandemic sapped travel demand and sales tumbled 62% to 16.6 billion yen. With Tokyo remaining under a state of emergency, the occupancy rate has plummeted to about 10%. The company launched a new business in February, converting some of the hotel's rooms into full-service rental apartments to serve telecommuting businesspeople seeking a second workplace.

The company, which also runs two other Imperial locations, considered just renovating the Tokyo site rather than the financially burdensome teardown option. But it decided on the long-term investment to make sure its facilities will be attractive enough to compete with international luxury hotels when tourism fully recovers.

The plan is backed by top shareholder Mitsui Fudosan, which owns a roughly 30% stake.

Mitsui Fudosan is part of the group pursuing urban renewal of the surrounding Uchisaiwaicho area, which is close to the Marunouchi prime business district, the posh Ginza shopping area and the Imperial Palace.

The redevelopment project targets an area totaling 65,000 sq. meters and calls for construction of several skyscrapers with office and retail space. The plan is to create an eco-friendly community featuring advanced earthquake- and other disaster-resistant technologies.