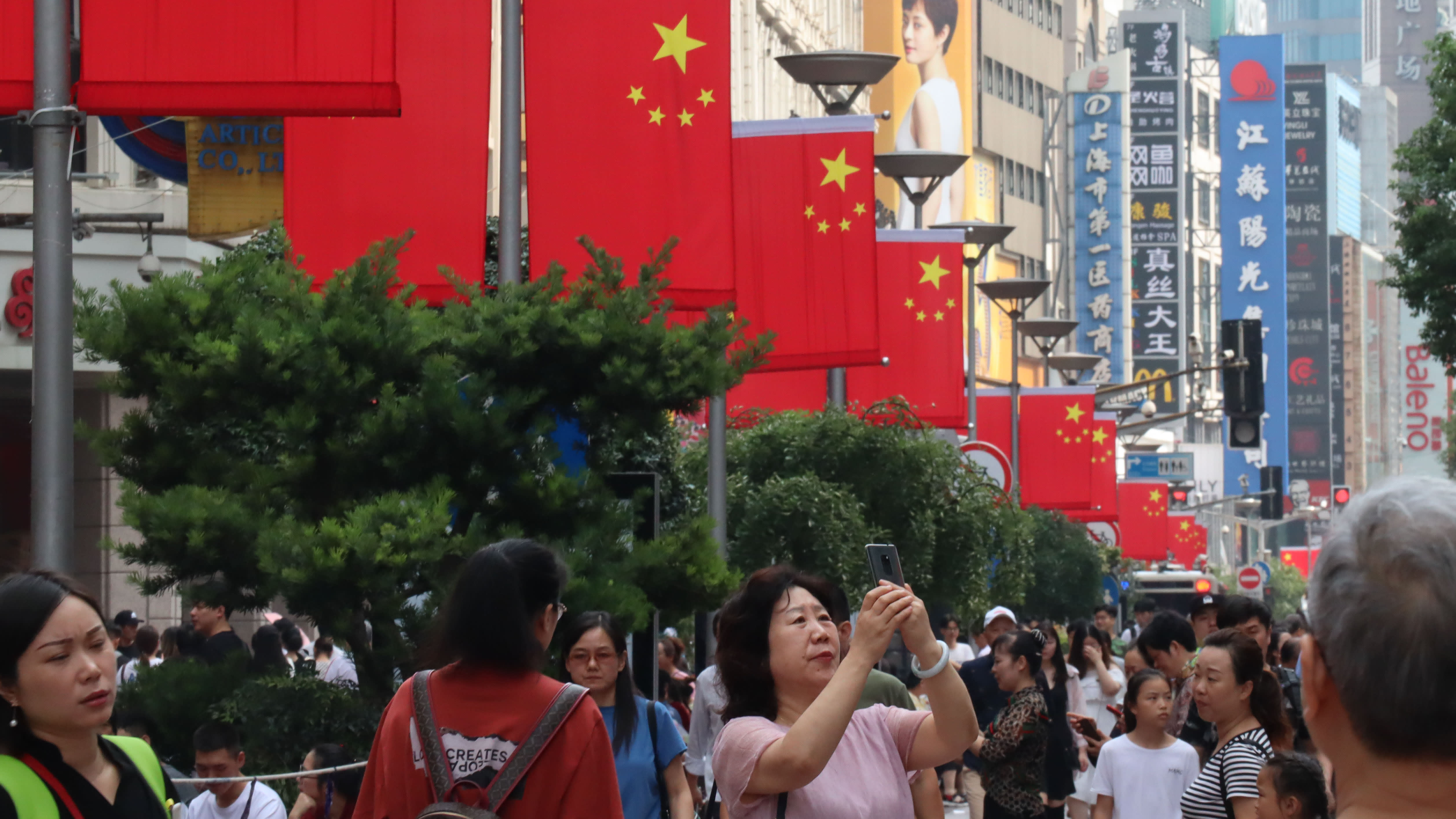 China's home-share market is expected to grow by 50% over the next three years as more affluent tourists seek better appointed accommodation. (Photo by Ken Kobayashi)

SHANGHAI -- Tujia has big ambitions. Not only does China's answer to Airbnb aim to triple the number of outbound Chinese tourist bookings on its property rental platform in just one year, it also wants to help its main backer, Trip.com, China's biggest online travel agency, become the world's leading travel brand five years after that.

As China's rising middle class consume more and travel more, the Beijing-based operator, which gained a $3 billion valuation in its latest fundraising, said it was working closely with Trip.com to expand its listings in Japan, South Korea and Thailand, and other cities located within a six-hour flight time from China.

"We are optimistic about our coverage and transactions abroad growing threefold next year," Jennifer Lee, Tujia's chief business officer, told the Nikkei Asian Review, adding that Trip.com was aiming to become the world's leading global travel brand by 2025.

China's largest home-sharing company with an inventory of around 2.3 million units available for short-term rental, about one-fifth of which are located outside China, Tujia is dominating China's home-sharing sector with market share of around 60%.

Meituan Minsu ranked second, followed by Alibaba's Xiaozhu and the U.S.-based Airbnb, which are almost on par with each other. Meituan Minsu is backed by Hong Kong-listed e-commerce operator Meituan Dianping.

China's home-share market is expected to grow by 50% over the next three years as more affluent tourists seek better appointed accommodation, the National Information Center said in a July report which valued the sector at 16.5 billion yuan ($2.35 billion) in 2018, up 37% compared to the year before.

Founded in 2011 by accountant Luo Jun, Tujia, which means "the path to home," has since acquired rivals including Trip.com's home-rental platform Qunar and Mayi Duanzu in 2016, and Dayu Zhuyou in 2018. The company inked a partnership with Tokyo-based e-commerce company Rakuten Group in 2017.

Currently valued at more than $3 billion, double what the company was worth after an October 2017 funding round that raised $300 million, Lee said Tujia was still not yet profitable and the company was not rushing toward an IPO.

"An IPO is not very necessary for us," said Lee, citing unfavorable external conditions. "For our kind of business that provides a platform for transactions, hitting profit is extremely difficult."

Fosun International and its Hong Kong-listed travel subsidiary Fosun Tourism Group, which in the past several years has snapped up foreign assets including European resort operator Club Med and Cirque du Soleil, saw their combined 18% stake in failed British tourism group Thomas Cook wiped out earlier this year when the company collapsed.

"Considering their wealth of traffic resources, plus the ability to integrate a variety of other businesses in their ecosystems to provide a full range of tourism services, they may have an impact on Tujia once they move into the nonstandard accommodation field," the analysts said in research published in September.

The rapid growth of China's tourism market has also boosted foreign players such as Airbnb, which launched its Chinese brand Aibiying two years ago, already capturing a market share of around 7%, according to local media reports.

Airbnb's global brand recognition has also helped the Silicon Valley startup deepen its presence in second and third-tier cities across China, enabling it to tap both Chinese inbound and outbound visitors.

Going forward, Lee said Tujia's priority was to enhance the value of its products, open up markets in fourth and fifth-tier cities across China, and better understand the needs of millennial tourists, defined by the WTO as people aged between 15 and 34 years old, which now account for over half the world's outbound tourists.

"We turn idle homes into salable products," said Lee, describing the company's 'run-by-agent' business model where Tujia manages unoccupied homes on behalf of homeowners and property developers based on a profit-share and commission basis.

Similar to running a hotel, Tujia sets the price, outsources cleaning and maintenance services, and supplies standardized items such as bed sheets.

Developers appear to like the idea, said Lee, as it raises the profile of the property, especially in areas experiencing an accommodation glut.

Still, with the home-sharing business operating on such thin margins, Lee said success or failure would be determined by who could best use the technology and data to offer the best accommodation listings.

Unlike the hotel industry, which is regulated by established laws, China's less rule-bound short-term rental market -- which accounted for 6% of the total hotel sector in 2018 -- adds to its growth potential, according to Singapore's DBS Asian Insights.

To help maintain the home-sharing sectors growth, Lee said Tujia was working closely with local authorities to ensure that the Chinese government continued to treat the sector as a sunrise industry.

"Future legislation will keep us on our toes," Lee said.