Yoshinoya wants to prove it's about more than cheap beef bowls 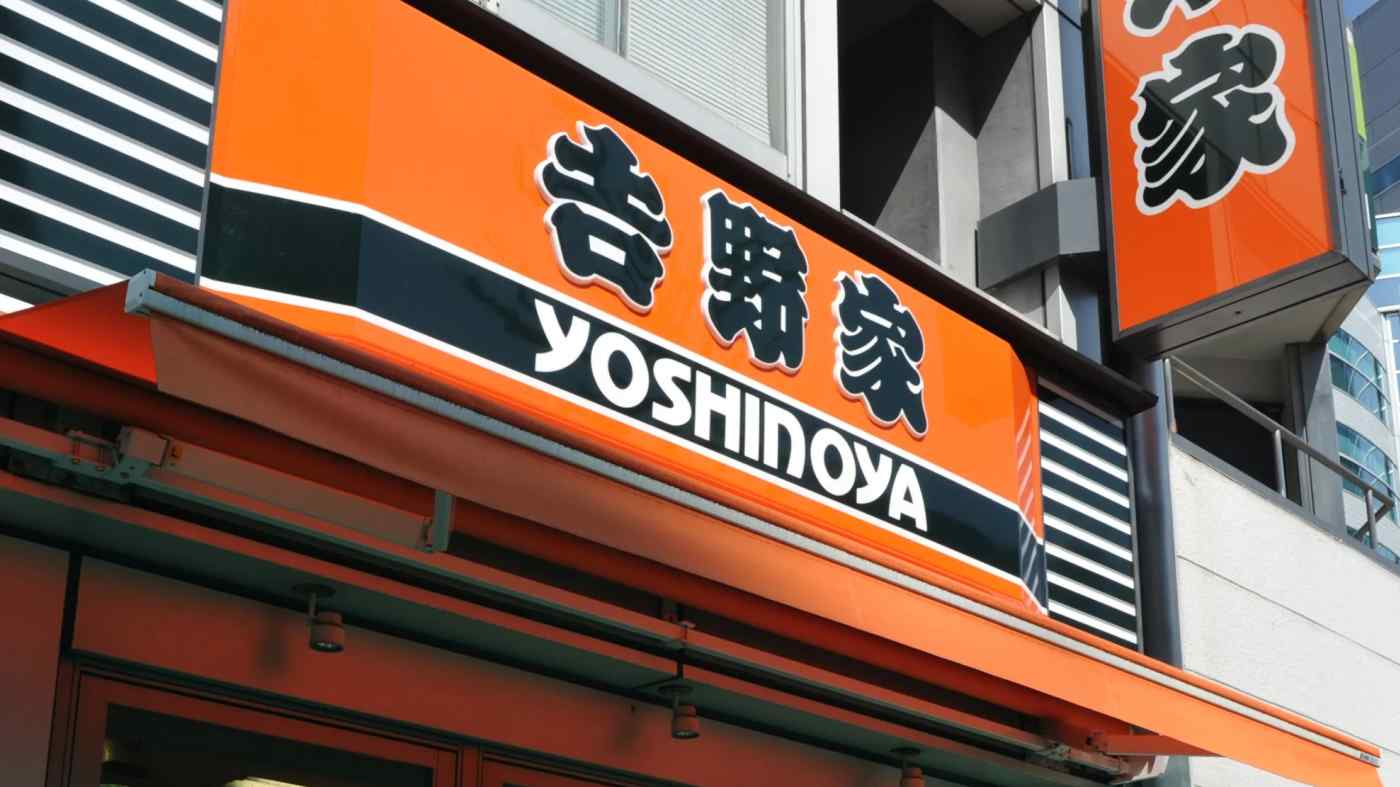 TOKYO -- The company behind one of Japan's biggest fast-food chains, Yoshinoya Holdings, is trying to shake its reputation as a purveyor of low-cost comfort food and expand into the more premium end of the market.

A limited-edition sukiyaki meal debuting Wednesday will be its most expensive offering yet at 860 yen ($8). The dish, at more than double the price of its regular-size gyudon beef bowl, exemplifies a push to rebrand as Japan's restaurant industry shifts away from high-volume, low-margin operations.

The sukiyaki meal features 120 grams of sirloin -- more meat than a large gyudon. The chain plans to sell about 500,000 servings.

"It's important for customers to see us as a restaurant for beef," not just beef bowls, marketing executive Masaaki Ito said.

At a meeting with store managers in March, Ito unveiled his "core and more" strategy for fiscal 2019. The idea is to supplement Yoshinoya's core lineup of beef bowls with fried chicken, breakfast sets and other offerings. The new sukiyaki meal features 120 grams of sirloin, a cut of beef Yoshinoya has never used in its offerings before. (Photo by Ryosuke Eguchi)

The chain has so far introduced the XXL gyudon and the Rizap Beef Salad to strengthen its "core," the latter in cooperation with gym operator Rizap Group. At 780 yen and 540 yen, they helped boost per-customer spending by 5.8% on the year in the March-May period. Yoshinoya posted an operating profit of about 1 billion yen for that quarter this fiscal year, swinging from a year-earlier loss.

"We will create a beef-based menu item that's not gyudon that can still be a top seller," Ito said.

"The current ratio of beef to nonbeef sales is 55-to-45," he said. "We hope to increase beef items to over 60% without reducing nonbeef sales."

The popularity of Yoshinoya's gyudon has held the chain back from expanding its menu and customer base. More than half its revenue comes from beef bowls. And 44% of its sales come from the 10% of customers who visit 10 or more times a year. Frequent customers tend to be more sensitive to pricing.

Sukiya, under Zensho Holdings, still relies heavily on beef bowls but is seeing greater interest in monthly seasonal dishes and add-on toppings. Per-customer spending has edged up around 1% each month even after the effects of a 2017 price hike wore off.

The beef bowl chain has also lagged in customer traffic, still stuck at 100 while McDonald's rose to 113.4 and Sukiya to 100.4. The trend is particularly concerning, given rising labor and logistics costs in Japan.

The sukiyaki meals are set to bring in at most about 400 million yen and will likely have a limited effect on Yoshinoya's earnings. But they will serve as a test for its new shift away from beef bowls.

It makes sense for Yoshinoya, with a logo literally featuring a bull's head, to expand its focus on beef more generally. But whether it can get customers to spend more with a consumption tax hike on the horizon remains to be seen.