With more than 650 million Internet users and more than a billion cellphone users, China is the world's largest Web and mobile market. This enormous market is dominated by a handful of Chinese Internet companies, such as Alibaba, Tencent and Baidu, that have grown exponentially over the past few years. 2014 was a spectacular year for Chinese Internet business with the debut of Alibaba on New York Stock Exchange, whose current market value -- $250 billion -- is bigger than Amazon and eBay combined. What will 2015 bring to China's Internet industry?

Tencent's widely publicized dispute with Qihoo 360 in 2010 and its most recent "taxi war" with an Alibaba-backed taxi-hiring company show there is plenty of competition in China's online industry. While the "big three" Chinese Internet giants have different strengths -- Baidu relies largely on search, Alibaba on e-commerce, and Tencent on gaming, instant messaging and social networking -- the competition between them is likely to converge in many areas. This is especially the case in mobile Internet, which is increasingly integrated with users' offline lives. Its growth has also given rise to a new class of players such as Xiaomi, a Chinese smartphone and consumer electronics maker founded in 2010 and now valued at $50 billion.

Foreign companies are also looking at China again as a lucrative market, despite repeated frustrations and failures. Apple's investment continued as iPhone replaced Samsung as the top smartphone brand in China. Facebook's Mark Zuckerberg also visited the country and met with Chinese leaders in 2014, perhaps in hopes of removing the government's block on Facebook and Instagram on the mainland. Google's woes in China, on the other hand, continued. Its Gmail service was temporarily disrupted at the end of 2014. Google is unlikely to recover the market share it lost since it pulled out of mainland China in 2010 due to security breaches and cyberattacks, but other foreign companies such as Apple will remain contenders.

China in 2014 overtook the U.S. as the world's largest economy in terms of purchasing power parity, and the size of its Internet industry is likely to expand accordingly. Fueled by the growth of the domestic market, large Chinese Internet companies loaded with cash are making bets at home and abroad by acquiring companies, technologies and market shares. Alibaba, Baidu and Tencent were estimated to have spent over $15 billion investing in or acquiring other companies in 2014.

Alibaba, for instance, has been on a shopping spree. Inside China, Alibaba last year acquired AutoNavi, an online mapping business, for $294 million, as well as investing in Momo (a location-based online chatting service), DDMap, and Kuaidi Dache (a taxi-hiring app). These moves have helped Alibaba position itself for the rise of map-based, mobile-enabled, online-to-offline services. It also invested in online video companies such as Youku, Toudou, Vmovier, Wasu, and ChinaVision Media Group. In retail and logistics, it bought stakes in Meituan (a group-buying site), Intime Retail, China Smart Logistics and, outside China, Singapore Post. In the U.S., Alibaba struck a deal with Lionsgate to import Hollywood content, and it has invested in Tango (a mobile video chat company), Lyft (a mobile car-sharing app), Kabam (an online games site) and Peel (a mobile TV app). Its influence has also extended to South Korea, where plans to build an Alibaba Town, and India, where it is reportedly buying a stake in mobile payment group Paytm. The list is likely to grow in 2015.

Overall, Chinese investments abroad have been on a steady increase over the past few years, reversing previous investment patterns where China was on the receiving end. Its Internet companies' expansion overseas is significant, particularly viewed in the broader context of Chinese plans to export its excess production capacity (including labor), export more goods and services, and maintain economic stability at home. Whether or not these investments will be successful is too early to tell. More than likely, they are going to be mixed. For example, Baidu's poaching of Google's Andrew Ng as its chief scientist is widely seen as a coup, but the prospect of its investments overseas, such as Brazil's search industry, are much less certain given the Latin America market's unique landscape.

On the policy front, 2015 is likely to witness more regulation, not less. Guided by a focus on promoting national Internet sovereignty, the Chinese government will continue to proactively shape the Internet to its liking, at home and abroad.

One of the most notable events for the industry in 2014 was the World Internet Conference, held in Wuzhen, Zhejiang Province. Chinese media gave a lot of coverage to this event, which they said was attended by representatives from "nearly 100 countries and regions" and included elite attendees such as Jack Ma Yun, Alibaba's chairman, Pony Ma Huateng, Tencent's chief executive officer, LinkedIn's Reid Hoffman and Qualcomm's executive chairman Paul Jacobs. In a message to the conference, President Xi Jinping said the world must "pursue common governance" over the Internet in order to promote "national sovereignty, security and development interests." It clearly signals that China is no longer content with implementing "Internet sovereignty" within Chinese borders. Rather, it seeks to have the international community accept this vision for Internet control too.

Lu Wei, China's Minister of Cyberspace Affairs Administration, who was introduced to the international community at the WIC, has been steadfast in implementing the Internet governance model since he was appointed last year. His high-profile visit to the Silicon Valley last year brought the top Chinese Internet regulator face-to-face with titans of the Internet business world: Amazon's Jeff Bezos, Apple's Tim Cook, eBay's John Donahoe, and Facebook's Zuckerberg, who was photographed with the book "Xi Jinping: The Governance of China" on his desk. Lu knows all too well that Internet companies are key to the Chinese government's desire to shape the Internet's future. 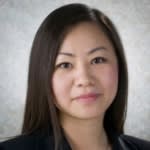