Asia leads industry worth $55B 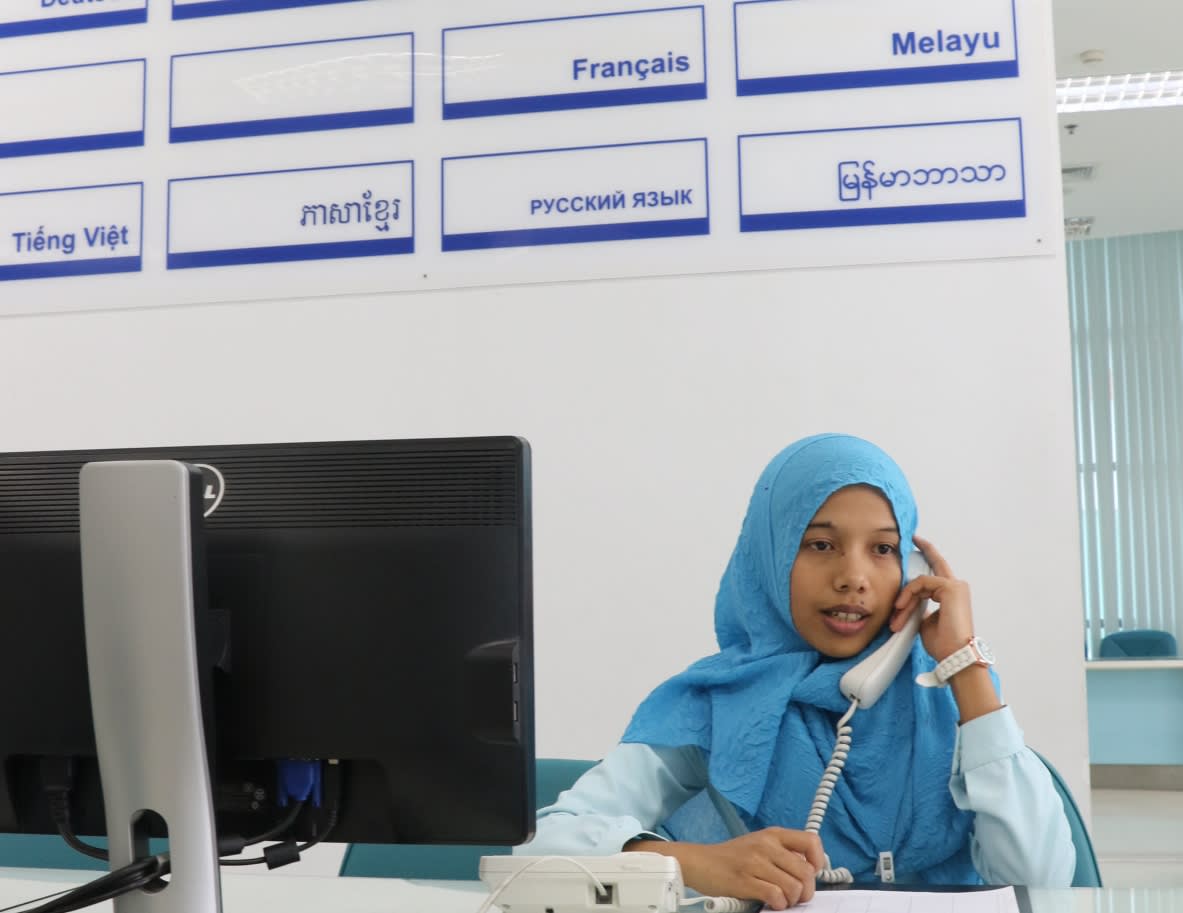 TOKYO/BANGKOK -- Medical care used to be a primarily local affair. Today, it is an increasingly globalized business. Patients are traveling thousands of kilometers to get better or more affordable services than they can find in their own communities.

To save on coverage, employers are encouraging workers to go abroad for treatment. The worldwide medical tourism market is estimated to be worth $55 billion, and it is projected to continue growing by 20% a year.

The annual tally of medical tourists now exceeds 11 million people, according to information provider Patients Beyond Borders. Most of these hospital hoppers head to Asian countries, which have been courting them for years. The rise of budget airlines has fueled the trend.

Thailand, Malaysia, Singapore, India and South Korea have actively promoted their services to international patients since the 1990s. Seeing medical tourism as an effective way to bring in foreign funds since the Asian currency crisis of 1997, they have loosened regulations, and invested both money and human resources.

A survey conducted by Nikko Asset Management showed that Thailand and Singapore were the world's top two medical destinations in 2012.

Malaysia, India and South Korea have all been seeing growing patient inflows. But while Asia is the No. 1 place for seeking care, the market could change. Around 10% of medical tourists are U.S. citizens, and they may soon have a much closer option: Cuba.

The U.S. has become the leader in offshoring care, primarily because its medical costs are high by global standards. As the costs rise with age, graying households are carrying heavier burdens.

Patients Beyond Borders estimates that some 1.2 million Americans traveled abroad for medical care in 2014. The outflow has continued to grow, even after U.S. President Barack Obama in 2010 established a national health insurance program extending coverage to more than 90% of Americans. Employers that cover their workers' insurance premiums have seen costs climb, prompting them to offshore treatment -- just as they do information technology operations and other tasks. A survey by McKinsey & Co., conducted in 2011 after the introduction of the Affordable Care Act, also known as "Obamacare," asked some 1,300 employers how much their medical outlays rose in each of the previous three years. Of the respondents, 65.5% said they had faced increases of 3% or more; 13% said they had seen costs jump by 12% or more.

A number of medical tourism-related organizations in the U.S. are looking to help smaller companies cope through offshoring. In one program, companies got together to send 200 employees abroad for treatment, saving a wedge of cash in the process. 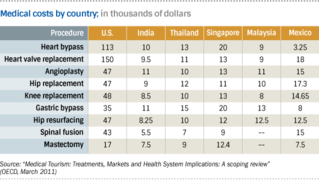 Using the average stateside prices of various procedures as benchmarks, Patients Beyond Borders estimates savings in Thailand at 50-75%,  Malaysia at 65-80%, India at 65-90% and South Korea at 30-45%. By comparison, the organization says patients stand to save 20-30% in Brazil, 45-65% in Mexico and 45-65% in Costa Rica. Though Latin America is closer to the U.S., the figures suggest going to Asia is often a better deal.

Asian countries offer not only lower costs but also services that can be hard to come by in more developed markets. Those offered include treatments that are restricted by law in Western nations due to unconfirmed effects; cosmetic surgery; and controversial practices such as surrogate childbirth.

Plus, the quality of care around the region has improved dramatically, with a steadily increasing number of hospitals equipped with the latest technologies. U.S.- or Europe-trained physicians are working at medical centers that are geared to wealthy locals but also serve tourists.

Most medical tourists are healthy people who need checkups, individuals requiring heart or cancer operations, and those seeking cosmetic surgery or dental implants. They rarely stay in their destination of choice for long. Still, a country with a stable government and ample tourist attractions is bound to be more appealing to patients and their families. Asian nations generally fit this bill, too.

At a forum in Hong Kong on Jan. 20, Brown said: "Geopolitical issues are also a driver in volume shifts within medical tourism. We saw Middle East volume shifts out of North America and Europe after 9/11 and after other [terrorism-related] issues in London and Mumbai. In this last week, we hit our all-time high of Middle East inpatient volume at the hospital."

Brown added that wealth development is also a big factor in medical tourism, stating, "We typically are looking at countries that are developing well but have limited medical infrastructure." He pointed to Sudan and Kazakhstan as potential sources of patients.

Another recent geopolitical development could create a headwind for Asia, however. U.S. President Obama at the end of last year announced that his government would work to normalize diplomatic relations with Cuba.

Assuming both sides follow through, an end to the U.S. embargo could be a game changer for medical tourism.

Cuba's health care system is widely respected, and the diplomatic opening could allow Americans to receive treatment in the Caribbean island nation. Havana is just an hour's flight from Miami. The country already serves patients from Canada and elsewhere.

Still, even if Cuba takes some American patients away from Asia, many market watchers believe Thailand and other established regional players have what it takes to compete.

Major medical institutions in Bangkok, such as Yanhee Hospital, do not simply treat patients -- they offer a full range of services to make customers comfortable, including special meals.

Leading medical companies in the region, such as IHH Healthcare of Malaysia and Raffles Medical Group of Singapore, have been preparing for increased competition by expanding in foreign markets, leveraging their management know-how. As the race heats up, it will center on three key factors: low costs, easy access and high quality. The U.S. and U.K. show that achieving two of those criteria can be done. Offering all three is difficult.

America has no shortage of skilled medical professionals and hospitals with top-notch equipment. You could say it has access and quality covered. Costs, however, continue to soar.

Britain, meanwhile, offers free care under the National Health Service, and its hospitals are capable of high quality. Yet Prime Minister Margaret Thatcher slashed medical spending and privatized part of the health care system in the 1980s, which prompted many doctors to seek work overseas. The ramifications are still being felt: Despite a dramatic increase in medical outlays since 2000, it takes more than a year to receive treatment in some cases. The U.K. can check off affordability and quality but struggles with accessibility.

Countries and medical institutions that strike the best balance between the three criteria stand to take the lead in the global market.