Computer-enhanced views could save time in proposal, construction stages 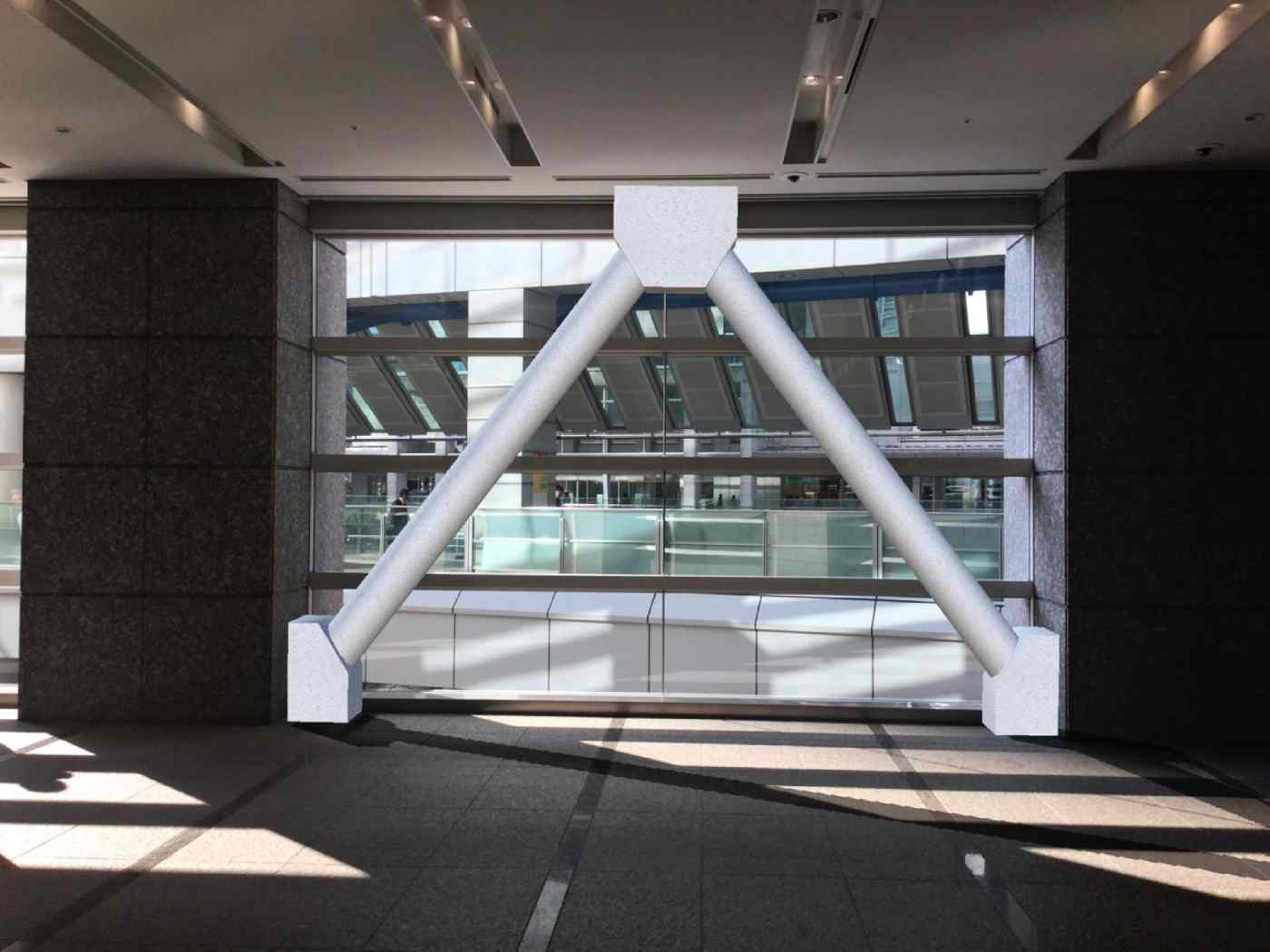 An augmented-reality view of a project by builder Obayashi shows how quakeproofing additions would fit into an existing structure.
February 12, 2017 14:00 JST | Japan
CopyCopied

TOKYO -- Japan's general contractors are working on ways to use augmented reality, which enhances real-world images with digital information, to make construction projects more accurate and efficient to plan.

Obayashi is developing technology for camera-equipped tablets that will superimpose 3-D images of a completed or in-progress project over pictures of a job site. Users preload ground plans for a project, then choose an angle to view the scene from.

The augmented views would let workers retrofitting buildings with seismic reinforcement see how trusses fit between columns, for example. They would also make it easier to show where construction walkways and temporary fencing would go.

Obayashi expects the technology to also find use in remodeling. Shops could employ it to plan how they place signs to be visible to customers during construction.

Until now, builders have produced renderings of finished projects from on-site photographs. Fields of view and traffic flow can change during renovation, and as long as two weeks can be needed to hash out project details. Viewing the construction from different angles with the 3-D system could shorten this to as little as three days, according to Obayashi.

Shimizu is refining a way to easily show the locations of such underground structures as sewage and gas pipes via tablet. Once supplied with maps of the underground objects, the method uses satellite technology to pinpoint where the objects are.

Builders still generally rely on paper maps to locate underground objects. Shimizu can already overlay images shot via tablet camera with the locations of underground structures. Within the year, it aims to render the objects in a more realistic 3-D display.

While building orders are going strong, Japan's construction industry faces a looming labor shortage, lending urgency to the need for improving on-site productivity and shortening construction times. Builders hope that augmented reality can provide solutions to these problems. Others, including Hazama Ando and Sumitomo Mitsui Construction, are developing augmented-reality tools as well.

One drawback is that such projections require 3-D blueprint data, most of which is now input manually by users. Unlocking augmented reality's full potential will likely require incorporating 3-D at the design stage.