SYDNEY -- Australia lithium miners are in prime position to benefit from a price surge for the soft light metal this year, as industrial users in China, Japan and South Korea rush to shore up their supply chains for vital materials to make electric vehicle batteries, home energy storage systems and consumer electronic devices such as smartphones.

Benchmark "battery grade" lithium carbonate that was selling for $5,000 to $6,000 a metric ton nine months ago reached $8,500 in June, and Australian producers expect prices to reach as high as $10,000 later this year.

Lithium is sourced either from lithium-bearing minerals such as spodumene -- known as hard-rock mining -- or from brine deposits via evaporation. After concentrating and processing into lithium carbonate or lithium hydroxide, various lithium chemicals are produced for use in batteries, ceramics, glass, lubricating greases, thermoplastics and pharmaceuticals. Australia is now the world's top lithium producer, led by Talison Lithium's massive Greenbushes hard-rock mine in Western Australia; the company is 51% owned by China's Tianqi Lithium and 49% by U.S.-based Albermarle.

In another example of the expanding lithium linkages between Western Australia and China, local groups Galaxy Resources and General Mining reopened their Mount Cattlin hard-rock mine in April and expect to begin full production in September to meet demand from Chinese customers and Japan's Mitsubishi Corp.

A third Western Australian project, a joint venture between Neometals, Mineral Resources and Ganfeng Lithium at Mount Marion near Kalgoorlie, will launch a pilot plant in the fiscal year to June 30, 2017. Ganfeng, China's largest lithium producer, has a 43% stake in Mount Marion and has committed to taking as much as 200,000 metric tons a year of lithium-bearing spodumene.

Another Western Australian project with a Chinese offtake partner, Pilbara Minerals' Pilgangoora mine, is targeting production by 2018, after signing an agreement in early July with Jiangsu-based General Lithium.

As a result of the price surge, Australian stocks with a lithium focus have soared this year. Galaxy Resources, for example, which is in the middle of a friendly merger with General Mining, has seen its share price rise from less than one Australian cent a year ago to A$0.45 in the final week of July. General Mining has gone from A$0.04 to A$0.74. Once their merger is completed in coming months, Galaxy-General will become the second-biggest listed lithium stock in Australia after Orocobre, which is focused on its Olaroz brine-extraction lithium project in Argentina. 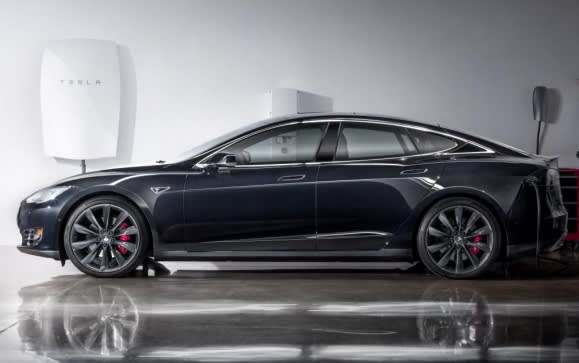 These growth outlooks come on the back of two dominant trends in energy technology -- the accelerating swing toward electric vehicles and the growing demand for battery-based energy storage systems in homes, offices and factories.

Because lithium-ion remains the preferred chemistry among battery end-users, these trends have an impact across the lithium supply chain, affecting hard-rock and brine-based producers in Australia, China and South America, and chemical processors in North Asia, North America and Europe. They will also impact intermediaries and battery makers such as Sumitomo Metal Mining and Panasonic of Japan, LG Chem and Samsung SDI of South Korea, and electric vehicle makers BYD and Yutong Bus in China and Tesla in the U.S. 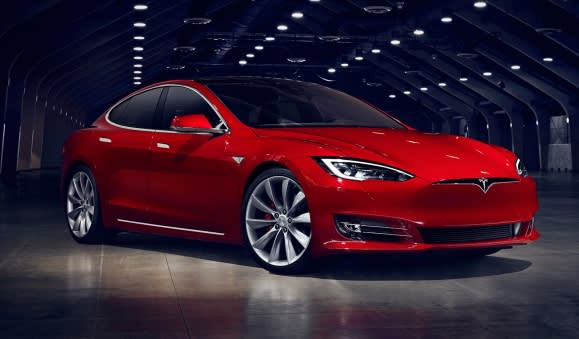 In comments to the Nikkei Asian Review in late July, Lowry confirmed his view that there were now five "lithium majors," with China's Tianqi and Ganfeng adding to the original trio of Louisiana-based Albermarle (which acquired Rockwood in 2014), Philadelphia-based FMC Corporation, and the Chilean fertilizer and mining group SQM. Lowry said the failure of the original "Big Three" to adequately supply the market had spurred development of the new hard-rock projects in Australia, making Western Australia the leading global producer of lithium, and China the leading producer of lithium chemicals.

Constant talk about Tesla and the Gigafactory it is building in Nevada -- due to start battery cell production in 2017 and reach full capacity of 35 gigawatt-hours by 2020 -- tended to obscure the "real" lithium story, which is much more about production in China, Japan and South Korea to supply global demand for battery power, noted Lowry.

Tesla products accounted for less than 2% of global lithium demand last year, he added. "Even after the Gigafactory begins operating, most if not all of the cathode will be coming from Asia rather than being produced in Nevada," he said. Lowry believes that after long delays, Australian-listed Orocobre is on its way to being a significant lithium producer as it ramps up output from its $230 million Olaroz project in the northwest of Argentina, where its joint venture partners are Toyota Tsusho and JEMSE, a mining investment company owned by the Jujuy provincial government. Orocobre reported in July that it was on track to reach its Olaroz "nameplate" figure of 17,500 metric tons a year of LCE by November and forecast it would achieve contract prices of $10,000 a metric ton in the September quarter. It produced 2,971 metric tons in the June quarter.

Lithium is not particularly scarce. While it is a necessary ingredient in products ranging from consumer electronics to pharmaceuticals, the amounts used are small, meaning that the total global turnover for lithium raw materials last year was only about $1 billion. A smartphone might use just 7 grams of LCE, while a tablet might use 30 grams. According to a presentation last year by Albemarle, the 1.2 billion smartphones and 260 million tablets sold in 2014 used only a total of 16,200 metric tons of LCE.

That scale of usage is changing rapidly as demand builds for electric transportation batteries and stationary storage. A hybrid electric passenger car might use 5kg of LCE, the top-selling Nissan Leaf EV uses 21kg, while a high-performance Tesla Model S uses 63kg. As battery demand rises, production costs are falling, with a Model S battery pack expected to be around $9,000 by 2020, compared to about $20,000 today. According to the website Inside EVs, plug-in electric car sales in the first six months of this year were about 240,000 units worldwide. But this figure does not include other electric transport battery users, such as e-bikes, scooters, buses and trucks.

Until recently, high prices, safety concerns and regulatory hurdles have hampered the broad acceptance of home, business and utility-scale battery storage systems. But technological advances, particularly in managing the systems that bring together storage and renewable power generation such as solar and wind, are clearing the way for rapid growth on the scale seen in the past year.

In its recent Global Lithium Report, Macquarie Research concluded that the lithium price rise in 2016 was driven by "short-term supply side constraints," and predicted the market would move back into balance within 18 months. In the longer term, Macquarie noted, "we are positive on the sector outlook, driven primarily by our 31% compound annual growth rate for lithium demand in New Energy Vehicle (NEV) batteries out to 2021."