B Corps on the rise 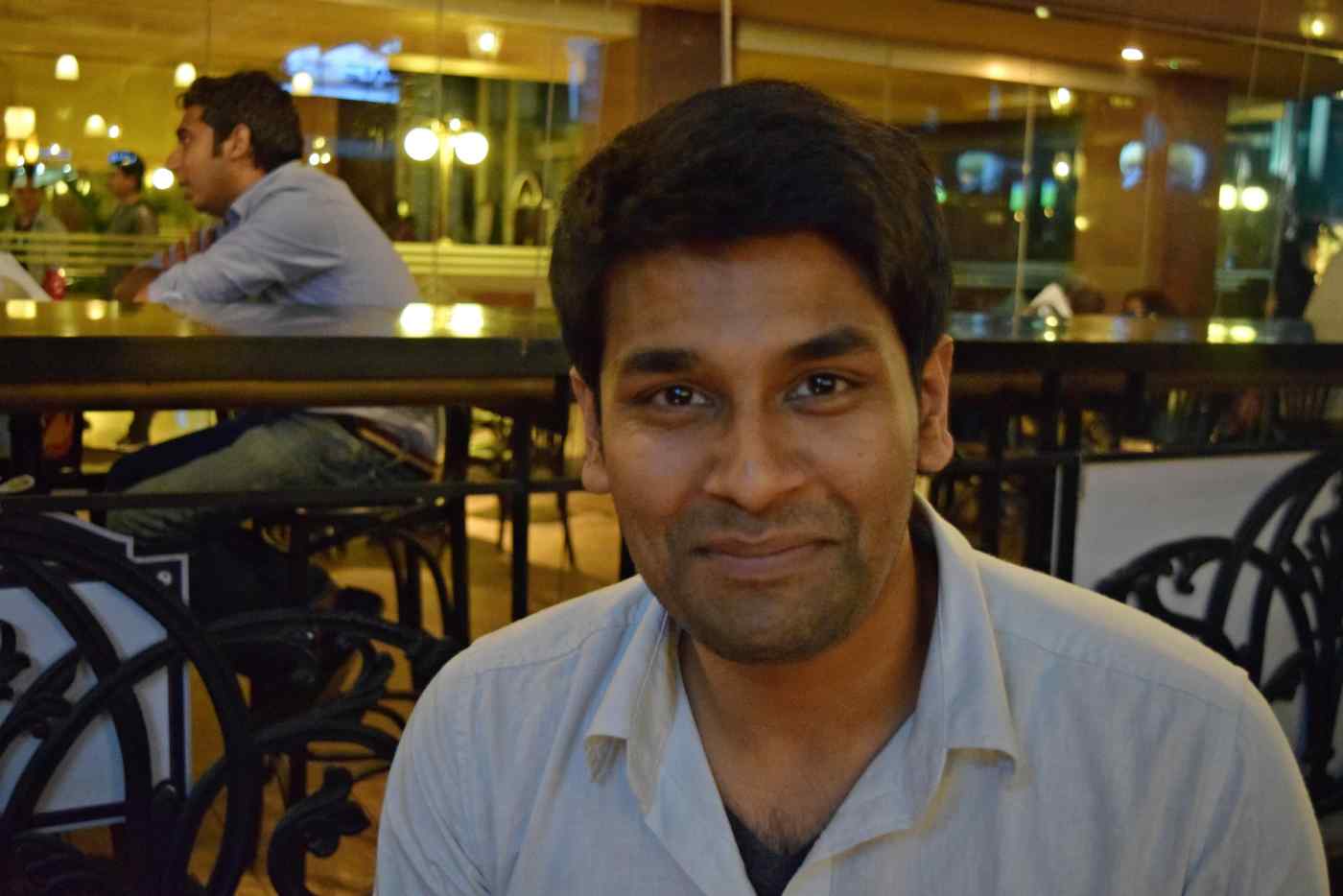 HONG KONG -- Technological advances have made computers and smartphones an indispensable part of life for much of the world. But there are drawbacks to having the World Wide Web constantly at your fingertips. By one estimate, sifting through emails and social networking  posts deprives people of as much as 30 hours a week. This stressful lifestyle has become a social problem.

Silicon Valley entrepreneur David Brunner wanted to change that. He wanted to give people time to think. In 2011, he set up ModuleQ to start developing an app that uses artificial intelligence to deliver only the essential to users' screens.

Brunner puts much of his inspiration down to disillusion with the U.S. companies looking to maximize short-term profits to please investors. While still a student at Harvard Business School in 2007, he visited Japan to warn against copying a model where companies are prepared to harm society with job cuts in the pursuit of profits.

Things have changed since. And that was part of the reasons Brunner started his business in the U.S. The 2008 Lehman Brothers collapse shifted the center of gravity from short-term investors to society. People learned that financial institutions were so focused on racking up short-term profits that they could not resist gambling on mortgage-backed securities despite their bubble risks. The ensuing financial crisis hurt society and people came to a head with the 2011 Occupy Wall Street movement.

The crisis changed the notion of what constitutes a "good" company. Beforehand, Wall Street was widely praised for turning such high profits. Today, they are paying the price for turning their back on society, having their profits squeezed by public-driven tighter regulations. Socially minded companies that were once underrated now have a much bigger presence.

Such companies are often referred to as "benefit corporations," or "B Corps." Declaring itself a B Corp means the company strives to have a positive impact on society alongside its profit goals. For example, a B Corp selling organic vegetables would reject an investor request for increased dividends in favor of spending money on the development of pesticide-free crops.

Socially minded companies like ModuleQ are growing in number and becoming increasingly popular among U.S. consumers, according to Brunner. Since 2010, over 30 American states have adopted a legal framework certifying B Corps and about 2,000 companies have been registered. An American nonprofit organization has granted B Corp status to more than 2,000 businesses worldwide. Outdoor clothing company Patagonia, for instance, is committed to combating environmental concerns.

If socially oriented management becomes the norm, the developing world could well become a hotbed of world-class companies. Emerging economies face numerous social problems, and businesses can play a key role in tackling them.

As a matter of fact, CEOs are looking at emerging countries. One such company is Jana Care, an Indian business that develops medical equipment for treating diabetes. CEO Sidhant Jena launched the company in Boston in 2011 after graduating from Harvard University, and soon relocated it to Bangalore. India has an estimated 69 million adult diabetics, the second-largest number in the world, half of which are not even diagnosed due to issues such as low incomes.

Jana Care has developed a self-testing device. A user takes a blood sample, feeds it to the device and sends the data to the company via smartphone. The company then replies with the results and offers advice on how to improve lifestyle. Jana Care has simplified parts and operations to lower the cost to less than $1 per test. It hopes the new device will sell 500,000 units this year. 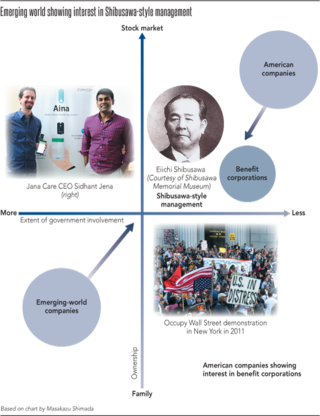 The company plans to run its business in America, home to the world's third-largest diabetic population and where people are faced with soaring medical bills. Jena believes if the product is accepted by India's highly demanding consumers, it can succeed anywhere. Seeing the opportunity, investors in America and Canada last year put $4 million into the company for its "social" aspect rather than judging by its quarterly earnings potential.

Interestingly, a number of startups in emerging economies are keen on learning Japanese corporate culture, which has traditionally emphasized the link between business and society. In May, Japanese and Turkish researchers on management gathered for a conference in Tokyo. The discussions centered on how the management theories practiced by Eiichi Shibusawa, a renowned Japanese entrepreneur in the late 19th to early 20th centuries, might be applied to Turkish companies today.

Shibusawa, who established over 500 companies, believed companies cannot survive without society -- a philosophy very much in tune with the B Corp concept -- and his belief now attracts attention from emerging economies, said event organizer Masakazu Shimada, a professor at Bunkyo Gakuin University in Tokyo.

Many family-owned companies in emerging countries find themselves undergoing a period of transition, moving away from governments' protection and having to deal with investors through stock markets. Shibusawa's socially oriented beliefs may offer some insight into how to prevent businesses from spiraling out of control like many did during the 2008 global financial crisis. A meeting of the world's researchers on management history, to be held in Norway this August, is also scheduled to take up Shibusawa's philosophy as a possible management tool in emerging-market economies.

With the U.K. voting to leave the European Union, the global economy has been plunged into uncertainty. Many companies will likely be forced to rethink their management strategies, including B Corps. Events in the U.K., considered the biggest worldwide shock since the Lehman Brothers' failure, will pose a serious test to the resilience of B Corps across the globe.