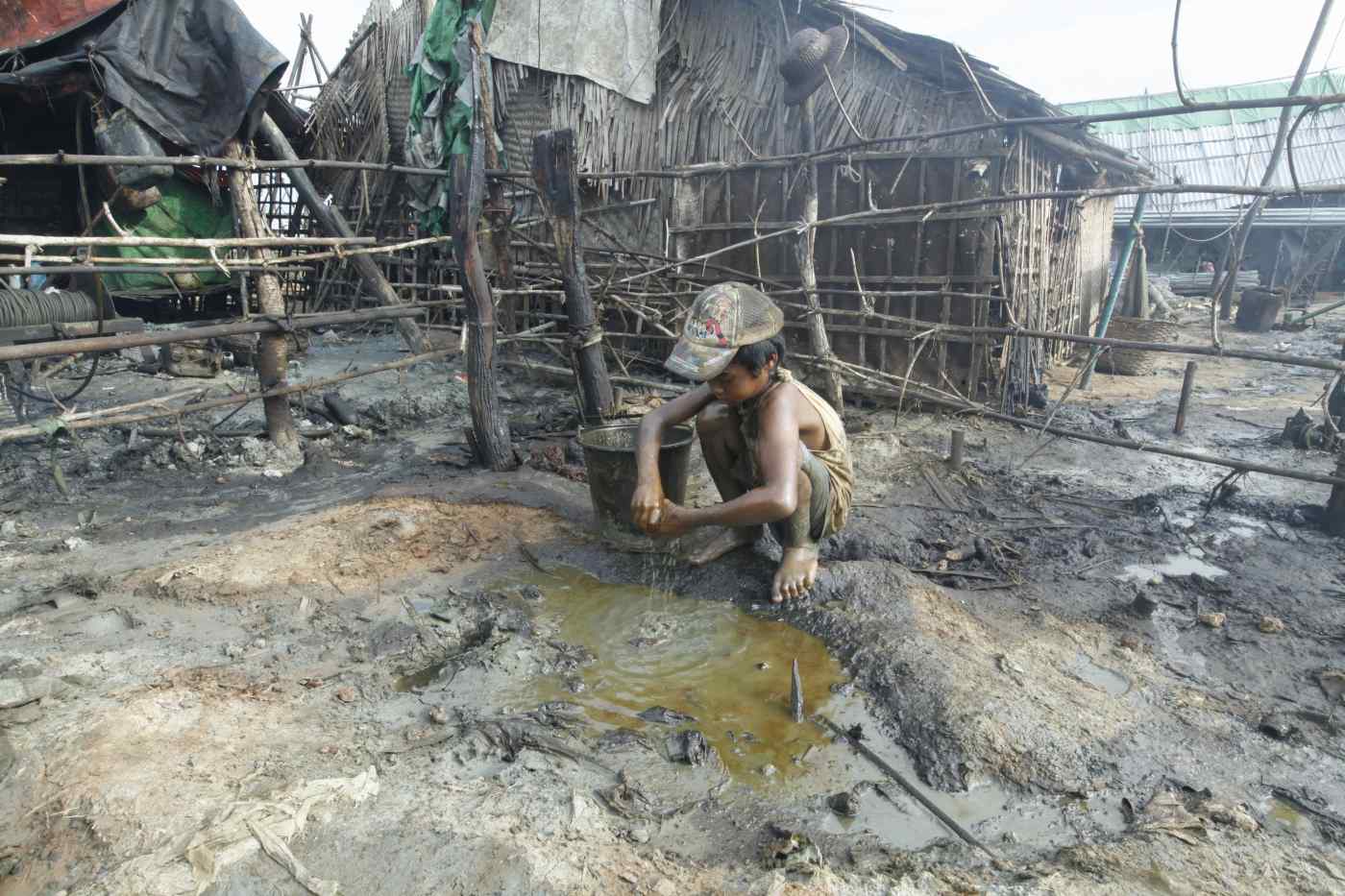 Before they are old enough to drill for oil themselves, many children soak up excess oil from the ground with old clothes. (Photo by Hong Sar Ramonya)
ROBERT STEVENS, Contributing writer October 4, 2015 00:35 JST | ASEAN
CopyCopied

MINHLA, Myanmar -- Deep inside Myanmar's jungles lie dark secrets. The illegal oil camp of Da Hut Bin, tucked away in the forests of Minhla, in Magway Region, is a well-hidden one. It is a phenomenon best seen at night: From the top of a mountain viewpoint thousands of lights carve out a cityscape through the dense smog. Below, in the region's underbelly, the dull clunk of hopeful workers digging for oil thuds on throughout the night.

"Workers sleep when they're tired," said political activist Nyi Nyi Aung, a popular spokesperson for the people in Minhla. "They have no schedule. If works needs to be done, then they do it." As day slowly breaks, the light of dawn reveals an alien landscape of patchwork oil tents next to withering bamboo huts.