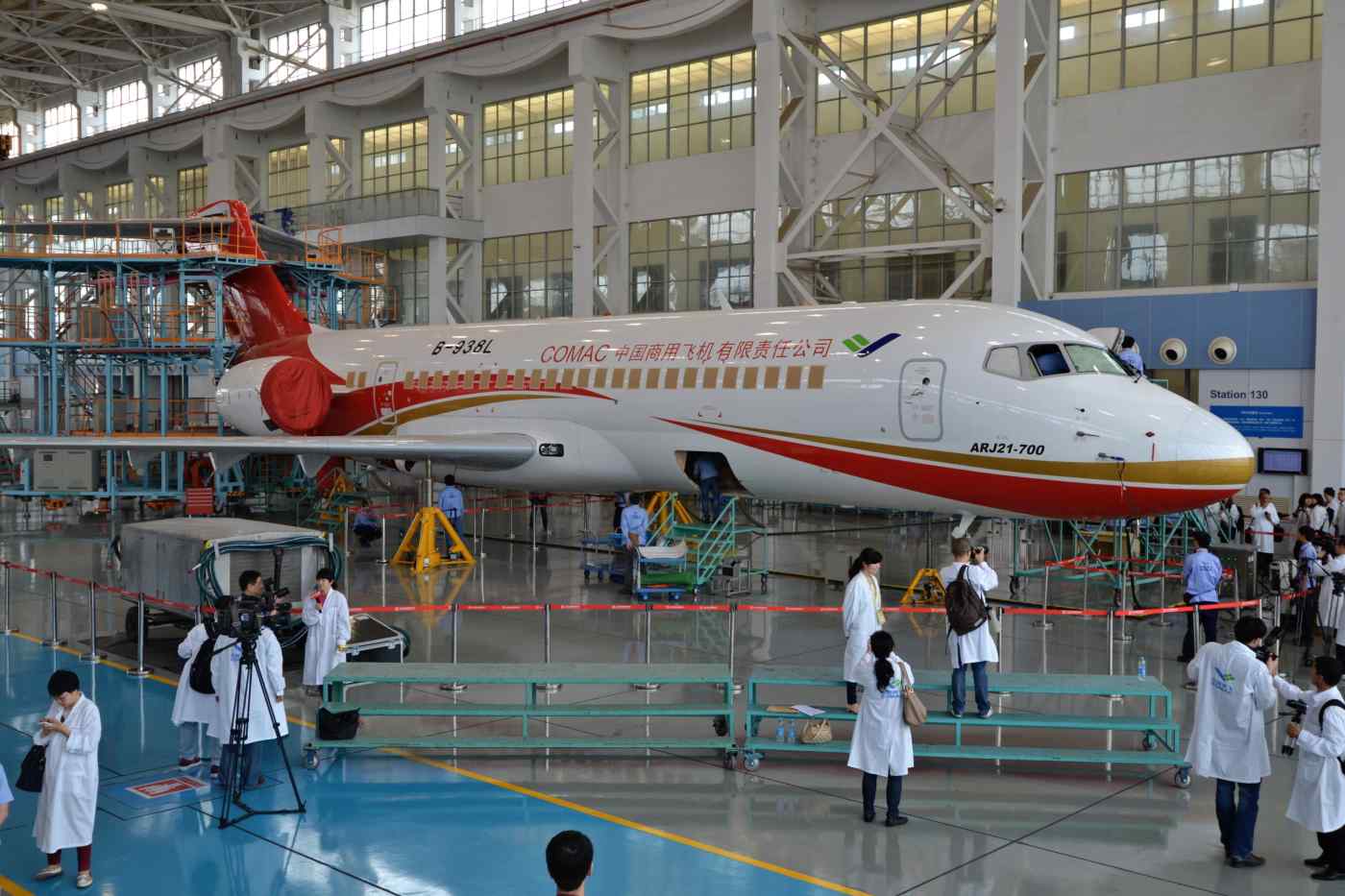 SHANGHAI -- Chinese companies are rapidly strengthening their presence in global markets for large-size industrial products such as trains, nuclear power plants and aircraft.

They are selling products to overseas buyers made with the use of advanced technologies from the U.S., European countries, Japan and other developed countries. Some of those Chinese products are said to be over 30% cheaper than those made by their international rivals.

Major state-owned train maker CSR signed a contract on June 24 to supply six high-speed trains with a maximum speed of 140kph to Macedonia. The deal with the European country is reportedly worth 25 million euros ($33.6 million).

It will be China's first shipment of high-speed trains to Europe. China's train exports have so far been mostly limited to locomotives and passenger cars.

CSR has received overseas orders worth a total of $2.23 billion in 2013. The company is now establishing new subsidiaries and production bases in Southeast Asia and Africa in an attempt to win more contracts. China is also now aiming to export a high-speed train with a maximum speed of over 250kph. The country has already acquired the advanced technology needed for such a train from other countries, including Japan.

During tender held by the Chinese railway ministry in 2004, Japan's Kawasaki Heavy Industries won a contract for an express train project in China. Under the deal, Kawasaki Heavy supplied its technology for the Hayate Shinkansen bullet train to CSR. The contract called for the delivery of 60 trains comprising a total of 480 cars. But Kawasaki Heavy exported only three finished trains from Japan. Based on the manufacturing technology provided by Kawasaki Heavy, CSR produced 51 domestically made trains.

The World Bank said in a report in July that the cost of building a high-speed rail network in China is two-thirds of that in other countries. The World Bank noted that labor costs in China are lower and that its railway technology has been enhanced through many domestic projects.

Starting with labor-intensive industries such as apparel and shoes, China has followed the pattern of absorbing foreign technologies, making domestic products based on these technologies and exporting the products.

This pattern is spreading to other industries such as nuclear power and aerospace.

Companies in developed countries are trying to cope with their Chinese competitors through their technological capabilities. But they see the price competitiveness of Chinese rivals as a threat. China's first third-generation nuclear power plant is now under construction in Sanmen, Zhejiang Province on the eastern coast of the country. The plant is scheduled to go online at the end of 2015.

China will introduce four 1,100 megawatt AP1000 pressurized-water reactors at the Sanmen nuclear plant and elsewhere. The AP1000 was developed by U.S.-based Westinghouse Electric. But China wants to do more.

The four AP1000 reactors will be installed by State Nuclear Power Technology Corp., a Chinese government-backed company established in 2007. Among its shareholders is China National Nuclear Corp. SNPTC has absorbed the AP1000 technology and already developed the CAP1400 reactor, which has a higher output capacity of 1,400MW, on its own. An industry source said, "China's ultimate goal is to export the CAP1400."

Commercial Aircraft Corp. of China signed a memorandum of understanding with the Republic of Congo on July 14 to supply three ARJ21 airplanes. Shanghai-based COMAC has developed the ARJ21, a small passenger plane with around 90 seats.

The deal between COMAC and the African country was signed at the Farnborough International Airshow, one of the world's largest aviation trade shows held in the British town of Farnborough. The deals have taken to 258 the total number of ARJ21 planes on order. Although most of the ordered planes are for Chinese airlines, the customers reportedly include some offshore companies such as a leasing subsidiary of U.S.-based General Electric and a Laotian air carrier.

A source close to COMAC said that the ARJ21 "has an advantage over rival aircraft in all of the three key points - safety, quality and price."