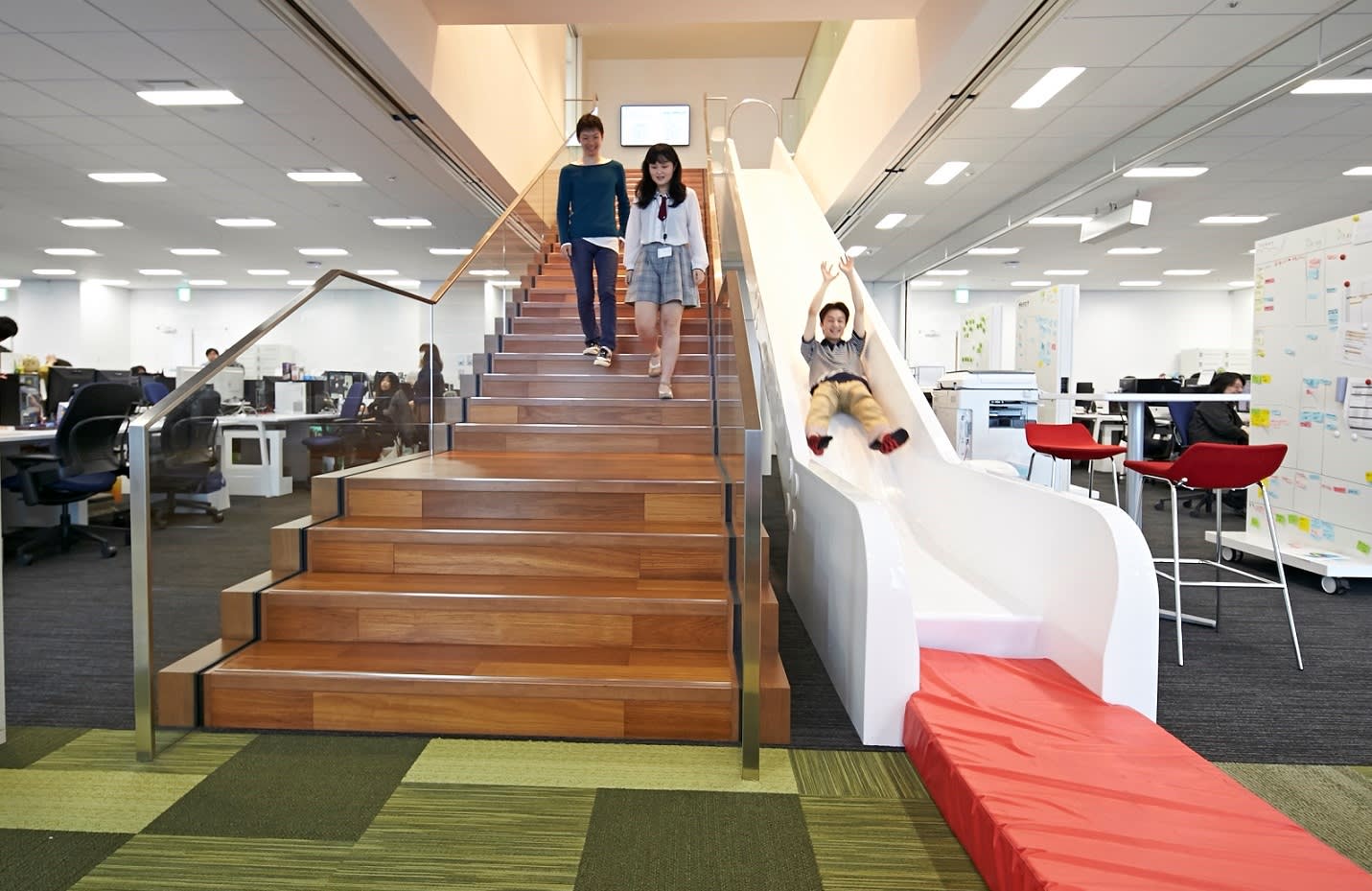 TOKYO -- Multinational companies are hungry for top talent in Asia. Yet economic uncertainties, especially in China, are making them wary of expanding office space.

So what does that mean for the real estate market?

"Workplace reform," says Henry Chin, head of Asia Pacific research at CBRE, the world's largest commercial real estate services and investment firm. "There will be a bigger push for space utilization and flexible working [styles]," the Hong Kong-based Chin told the Nikkei Asian Review during a recent visit to Tokyo.

According to the CBRE 2017 Occupier Survey Report, 66% of multinational companies doing business in Asia said they would introduce shared desks, or hot desks, within the next three years. No longer will there be one desk per employee.

This trend is increasing among companies whose employees travel frequently or visit offsite clients. Some 20% of companies said that they plan to move to a ratio of 1.4 employees per desk by 2020, a significant increase from the current 3%. 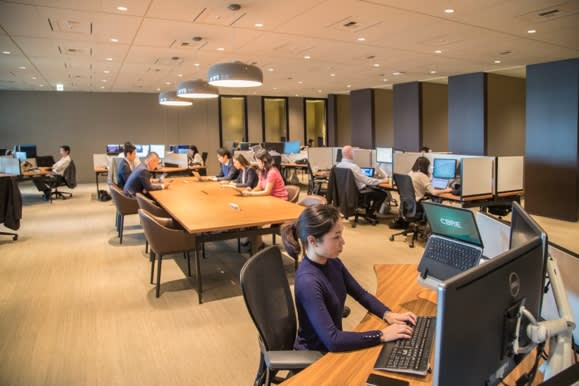 ... and CBRE's new office in Marunouchi.

CBRE's own Tokyo office is an example. In 2014, it moved from a five-floor office in the nondescript warehouse district of Hamamatsucho to 1.5 floors in a modern skyscraper fronting Tokyo Station. Although the total space was reduced by some 18%, CBRE compensated for that with 15 different types of workspaces, including standing desks, cafe-style desks and silent library-like offices where talking and ringing cellphones are prohibited.

These are difficult times for corporate managers. According to the CBRE survey, 53% of multinationals said they plan to increase their headcount in Asia by 2020; up from 41% in 2016.

Yet 68% of companies regard economic uncertainty as their biggest threat. With Brexit, U.S. President Donald Trump's unpredictable policies and geopolitical instability in Asia, companies are unable to simply move to bigger offices to accommodate growing staff.

To cope with this, many companies will look into reducing the number of desks and space per employee. But at the same time, there will be more emphasis on open areas for brainstorming, quiet zones and relaxation spaces.

"Traditionally, the number one initiative for companies was to cut office costs. But to hire key talent, especially millennials, companies have to have funky offices," said Chin. "Some 10% of millennials even say they are willing to take a pay cut to work in an office with good location and good design." Ateam's meeting space is modeled after a park with swings.

It may be a worthwhile investment. Ateam, a smartphone game producer based in Nagoya, Japan, saw job applications soar after it moved to its current office at the end of 2015. When an employee on the 32nd floor wants to talk with a colleague on the 31st floor, they slide down a slope built between the floors. They can then move to a corner meeting space and chat while sitting on a swing chair.

To accommodate a surge in new hires, Ateam recently rented out the lower 30th floor and built a stairway connecting it with the upper floors.

"Previously, we were dispersed among multiple locations and non-adjoining floors," explained Saema Okabe, a company spokeswoman. "Since we moved into this office, we have seen job applications expand by 3.3 times."