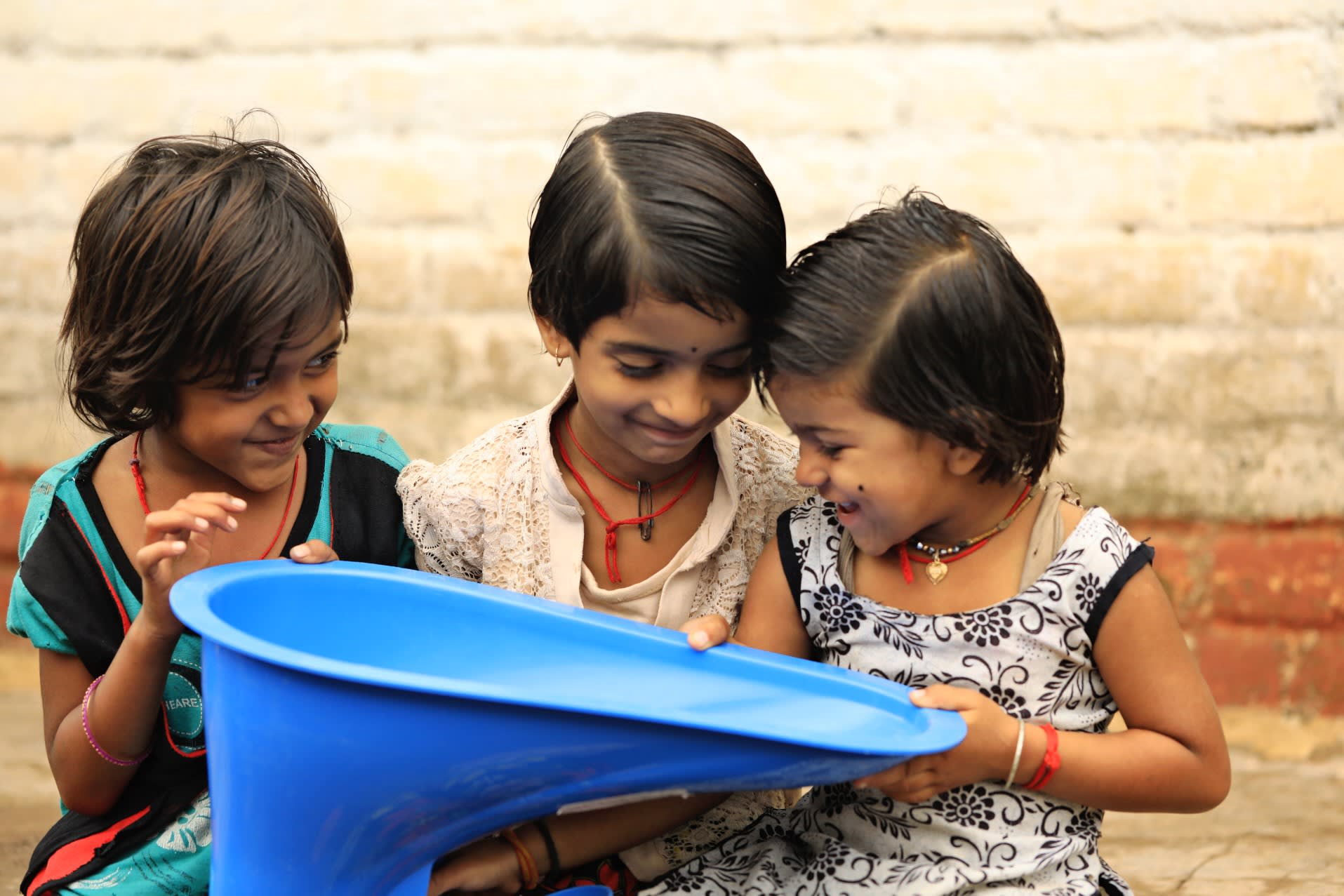 TOKYO -- The term "SDG" has become the latest buzzword for corporate Japan as a growing number of companies look to integrate the United Nations' sustainable development goals into their operations.

The 17 SDGs were set by the U.N. in 2015 to tackle global challenges such as poverty, inequality and climate change, and comprise 169 specific targets to be achieved by 2030.

The Japan Business Federation, or Keidanren, revised its corporate conduct charter for the first time in seven years in November in order to raise awareness of the initiative.

Some investors have even begun taking SDGs into account when selecting companies and one estimate claims the U.N.'s agenda will create a global market worth $12 trillion by 2030.

Perhaps unsurprisingly, many companies have spotted an opportunity to raise international profiles. 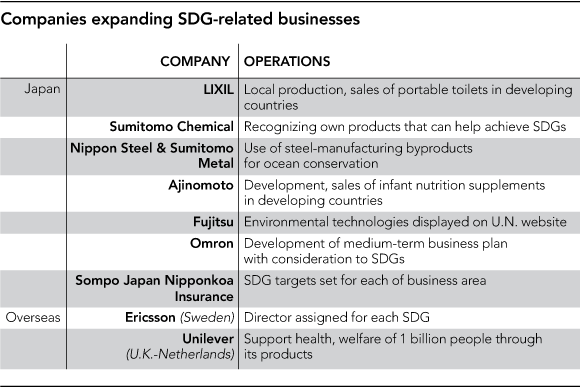 With its track record of providing affordable sanitary products in developing countries, Lixil has found itself in the perfect position to capitalize.

Currently, the company's portable toilets are manufactured and sold at a few dollars apiece in four developing countries, including India and Kenya.

That number will rise to 15 and include countries like Vietnam, Tanzania and Ghana, where production will be contracted to local makers, either through its overseas units or the U.N.

The company envisions global sales of over three million units during the 2020s, more than twice the current number. The initiative could improve sanitary conditions for 15 million people -- as well as bring the business into the black.

For many businesses, the first step has been to take stock and understand how existing operations tie in with the SDGs. Sumitomo Chemical has identified 34 of its products as items that can contribute to achieving certain goals, including packaging materials with low resin content and insecticide-treated mosquito nets.

The company plans to increase the number of such products and boost their overall sales to 560 billion yen ($4.95 billion) in fiscal 2020, doubling the amount from five years ago.

Some businesses have gone further. Nippon Steel & Sumitomo Metal has developed the technology to use slag, a byproduct of steel manufacturing, to make a new product that can increase the iron content of the sea.

Tests conducted off the coast of Hokkaido showed the product can help the proliferation of seaweed and it is now being marketed internationally. One target is to double the number of employees involved in environmental protection activity over the two years to fiscal 2018, while also developing products and services related to disaster prevention and mitigation.

Many leading global companies also see achieving the SDGs as management challenges that will be crucial for future growth. Swedish telecom equipment maker Ericsson, for example, has assigned a senior executive to each of the 17 goals.

In response to the trend, the Japanese government has set up a task force and developed an action plan to help accomplish the goals. As part of its campaign, the government intends to draw up specific plans to support companies and local governments in their efforts by next summer.

The sustainable development goals are a set of long-term policy targets set by the U.N. for the world to achieve by 2030.

The U.N. General Assembly adopted the SDGs in 2015. They consist of 17 broad goals, such as eliminating poverty, providing clean water and sanitation to all people and preventing climate change, within which there are 169 specific targets.

The U.N. states that achieving the goals will require innovation in the private sector as well as government policy at local and national level.