TOKYO -- Leading Japanese companies are offering bigger pay increases this spring than in 2017, a Nikkei survey shows, as they seek to attract and keep the workers needed for success in an age of international competition for talent.

About 70% of the 90 companies that responded to the poll said they will lift monthly base pay, or the salary before agreed-on seniority- or age-based raises, this year. Of these, 74.2% plan bigger increases than last year. This trend -- praised Wednesday by Sadayuki Sakakibara, outgoing chairman of the leading Keidanren business lobby -- comes amid solid earnings and a tight labor market.

Prime Minister Shinzo Abe's government has called on the corporate sector to raise wages by at least 3% to promote economic growth, a target that 22.2% of respondents said they will meet when automatic increases are included. These include general contractor Shimizu and short-handed machinery and logistics companies scrambling for staff.

The share of corporate profits going to labor is lower in Japan than in the U.S. and major European economies. Elsewhere in Asia, companies are dangling big salaries to secure talent. Staying behind the curve on pay could undermine Japanese businesses' ability to compete internationally.

Companies are starting to break with the herd mentality that long governed Japan's spring wage negotiations. This year, while most automakers plan only modest increases to base pay, Nissan Motor met its union's demand in full with a 3,000 yen ($28) monthly raise, double last year's figure. Labor and management at Toyota Motor, normally a trendsetter, decided not to disclose this year's increase. 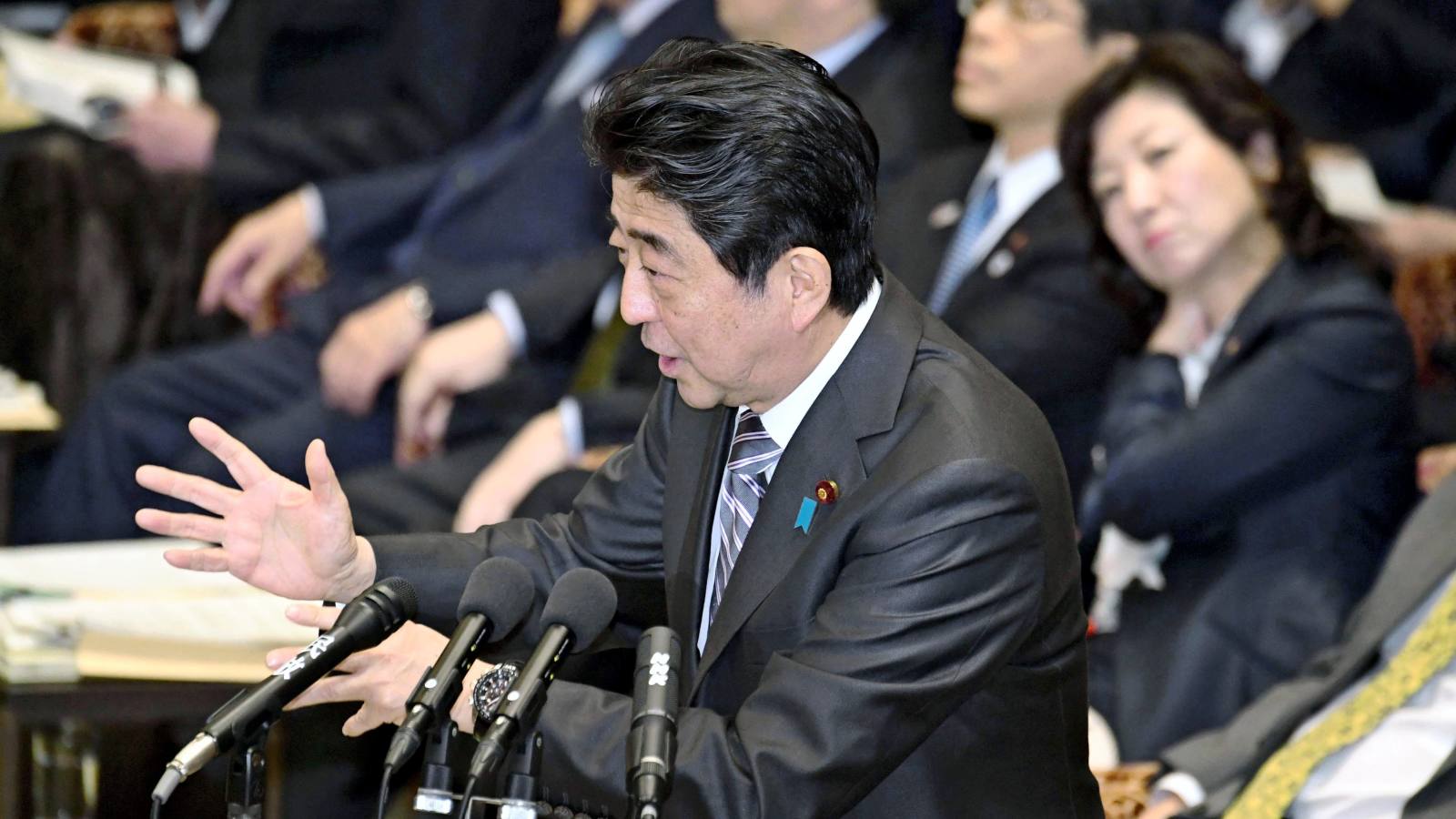 Foreign employers have edge in battle for Japan's IT graduates

But this shift is far from universal. Big unions in such industries as electrical equipment and steel submitted identical demands this year, and the response from management varied little as well.

As Japan's working-age population shrinks, companies need to find wages and work styles that suit their individual strategies, including accommodating women and older workers who may have different needs from the stereotypical salaryman.

The tech industry, faced with stiff competition from global names like Facebook, is already shedding the one-size-fits-all approach to pay. Yahoo Japan and CyberAgent have put in place pay structures that reward exceptional personnel, including generous compensation for highly qualified new hires. In other sectors, Daiwa Securities Group is considering wage increases of 4-5% for employees in their 20s and early 30s, according to President Seiji Nakata.

Many companies are also looking beyond wages during the negotiations, considering such steps as helping employees balance work with caring for children or ailing family members, and introducing or expanding options for working from home. 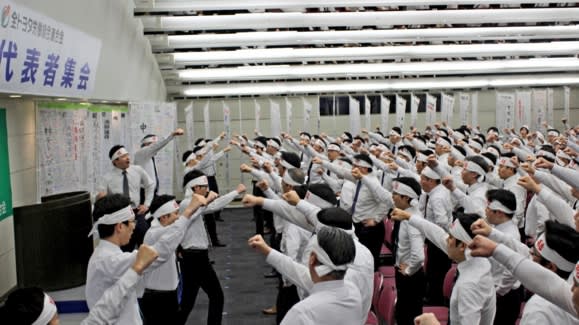 Toyota Motor's union, which normally helps set the tone for spring wage negotiations in the auto industry, decided not to announce this year's wage hike figure.

Business leaders also increasingly see a need for reforms to reduce excessive overtime, in order to gain and keep workers as well as boost productivity.

Analysts are divided on how much this year's wage hikes will help an economy in need of fuel for sustainable growth.

Yoshimasa Maruyama of SMBC Nikko Securities estimates that a 1% increase in base pay and overall wage growth of 2.5% would lift consumer spending by 0.2%. This could rekindle consumer demand, pushing prices higher.

"Inflation will pick up starting in the second half of fiscal 2018," said Tatsushi Shikano of Mitsubishi UFJ Morgan Stanley Securities.

Steps such as boosting starting salaries and hiring more midcareer workers could put even more money into the economy. Consumers in their 20s spend an average of nearly 75% of their disposable income, while those in their 50s spend almost 80% -- more than the roughly 70% figure for those around age 40.

But some analysts are less optimistic about the impact of an extra few thousand yen a month. With prices rising for necessities such as fresh foods, modest wage growth is unlikely to make households more willing to loosen their purse strings.

Toru Suehiro of Mizuho Securities sees little reason to expect a consumption-driven uptick in inflation. "Base-pay hikes of less than 1% won't increase buying power," he said, adding that the outlook is also unclear for the stock market gains that have supported high-end consumption.

Moreover, efforts to cut down on long work hours can weigh on growth if less overtime results in smaller paychecks.