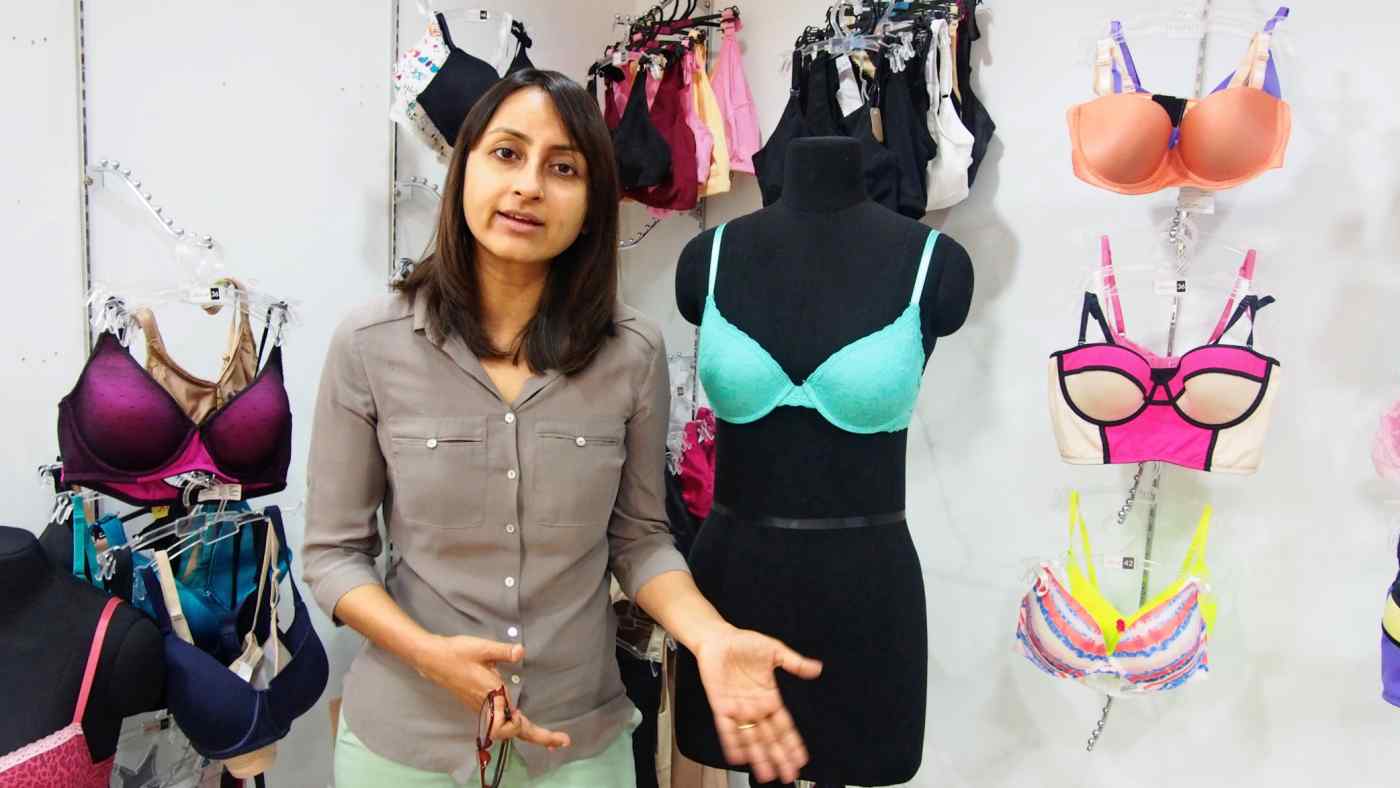 The internet protects women's privacy and provides the perfect shopping environment, Zivame CEO Richa Kar said. The online lingerie retailer was founded in 2011 and logged sales growth of 50% to 1 billion rupees ($14.9 million) in the fiscal year ended this March.

India's $3 billion lingerie market consists mainly of small shops in town markets, with products pulled out of unorganized heaps based on customers' size and color preferences. Just 29% of Indian women participate in the workforce, so many of the staffers tend to be male.

"I wasn't even looking at designs, because it was so awkward," said a 35-year-old homemaker who now uses Zivame on her smartphone instead. The site "provides many options, and I can take my time to shop," she said.

Zivame designs its own products, outsourcing production to contractors in Bangladesh and elsewhere. The site offers 500 styles of bras in more than 100 sizes. Most products are priced at about 500 rupees -- slightly more than what small local shops charge. Zivame received a 2.5 billion rupee investment last year from a Malaysian sovereign fund.

India has no major local lingerie brands, giving e-commerce ventures significant room to grow. Clovia, founded in 2013, sell bras in the medium-price range of about 200 rupees to 600 rupees. It ships out about 170,000 items a month, on a par with Zivame.

Customers cannot try before they buy, so Clovia offers an online size calculator that recommends products based on such factors as the shopper's body type. Interest is growing in design and getting the right fit, CEO Neha Kant said.

Japanese undergarment maker Wacoal Holdings, which entered the Indian market in 2015, also began selling products through a local apparel e-retailer this May. It offers luxury items priced at around 2,500 rupees to 5,000 rupees at two brick-and-mortar stores in Mumbai, but the company says e-commerce is the key to succeeding in such a large country. Wacoal also plans to launch a website on its own.

Mom and pop stores dominate India's retail scene even outside lingerie, thanks partly to foreign-investment restrictions designed precisely to protect these small businesses. Organized large-scale retailers make up just under 10% of the country's total.

E-commerce is expanding rapidly as dissatisfied customers seek products beyond what small local stores can offer. Online retailers accounted for just 0.5% of the Indian market in 2014 but will grow to 3%, or $36.7 billion, by 2020, according to KPMG.

Women will likely emerge as key players in India's growing e-commerce market. Electronics accounted for the largest portion of online sales at 47% in 2014, according to KPMG. But sales of apparel and household goods are growing at annual clips of 50% and 68%. The female share of internet users is expected to rise from one-quarter in 2013 to about one-third in 2018, according to the Boston Consulting Group.