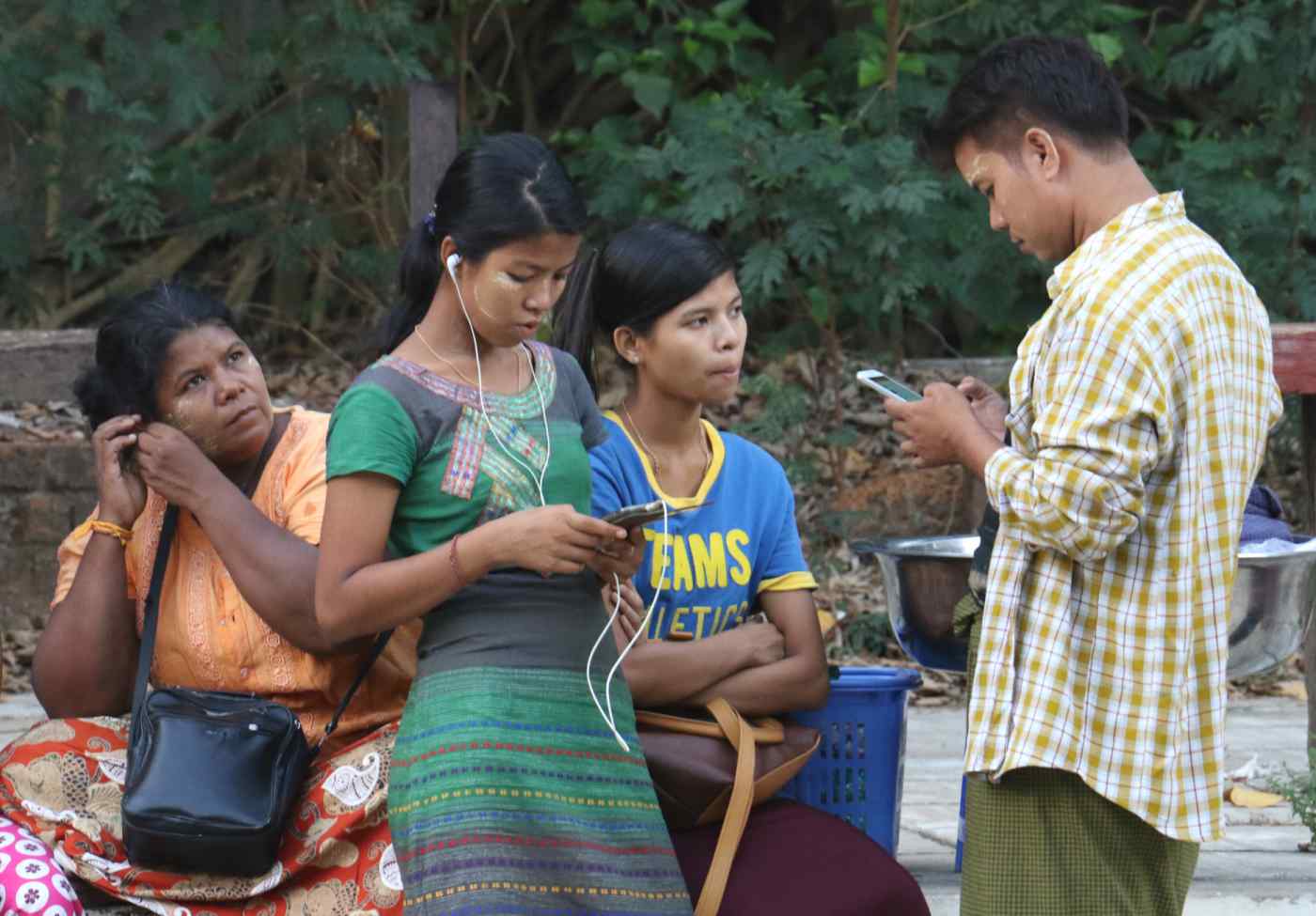 ASEAN is considered the most potential market for gaming industry thanks to the rapid penetration of smartphones. People in Yangon use smart phones while they are waiting for the train. (Photo by Ken Kobayashi)
TOMOMI KIKUCHI, Nikkei staff writerMay 21, 2015 10:34 JST | ASEAN
CopyCopied

Newzoo, based in the Netherlands, estimates compound annual growth of 28.8% for 2013 to 2017 in Southeast Asia's gaming market, including console, online and mobile games. This exceeds projections for other emerging regions such as Latin America at 14.2% and eastern Europe at 14.7%.

Within Southeast Asia, game revenue in 2014 was highest in Thailand at $230.3 million, followed by Malaysia with $214.2 million and Singapore with $201.6 million. Indonesia stood fourth at $181.1 million despite its large population.

There were huge disparities among countries in the amount spent per gamer. Singaporeans are the highest spenders in the region by far, averaging $189.30 a year. Mobile gamers splurge the most. "When looking at players by platform, tablet and mobile phone gamers have the highest average yearly spend compared to players on other screens," Newzoo's report said. Malaysian gamers spend $32.61 per year, with 27% of them using all four types of devices: computers, smartphones, consoles and tablets.

Other emerging countries, where the population has just discovered games through mobile phones, are spending much less. Indonesian gamers spend only $9.12 per year, while those in the Philippines spend $8.76.

Southeast Asia is fundamentally attractive for game producers, Newzoo said. Some countries in the region, such as Singapore, Malaysia and the Philippines, boast many English speakers, allowing popular games from Europe and the U.S. to succeed in the region.

In the Philippines, Western titles occupied as many as 15 spots on Apple's top 20 app ranking in January. Globally well-known titles such as "Clash of Clans," "Hay Day" and "Candy Crush Saga" are among popular games in Southeast Asia. Social networks such as Facebook, Twitter and Instagram and mobile chat applications also are popular in the region, helping in the spread of news on game trends and formation of online gaming communities.

Local companies are banking on the trend as well, and some have reached out to gamers beyond their country. Thailand, with the largest game revenue in the region and relatively high per-capita spending on games, has the lead. Local mobile game developer GameMaker runs mobile games in six Southeast Asian countries. Vietnam's VNG Corp., which runs online game platform Vinagames, has expanded into other online services such as mobile chat apps. 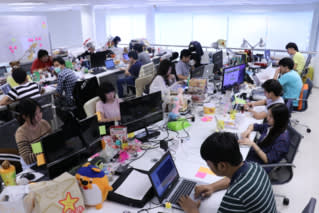 A game developer company in Bangkok. (Photo by Ken Kobayashi)

"I think there is a steady improvement in the quality and quantity of mobile game developers" in Indonesia and Southeast Asia, he said. "This will likely translate to better traction for locally developed games."

The challenge in Indonesia is the low penetration and unfamiliarity of online payment, Soeharyo said. He views local companies as having an advantage in adjusting their business models to consumer spending habits online. For example, Indonesian users do not typically spend on in-app purchases, he said, and so local companies can focus their monetization efforts on ads.