Hitachi, Panasonic floor it with spending on self-driving tech 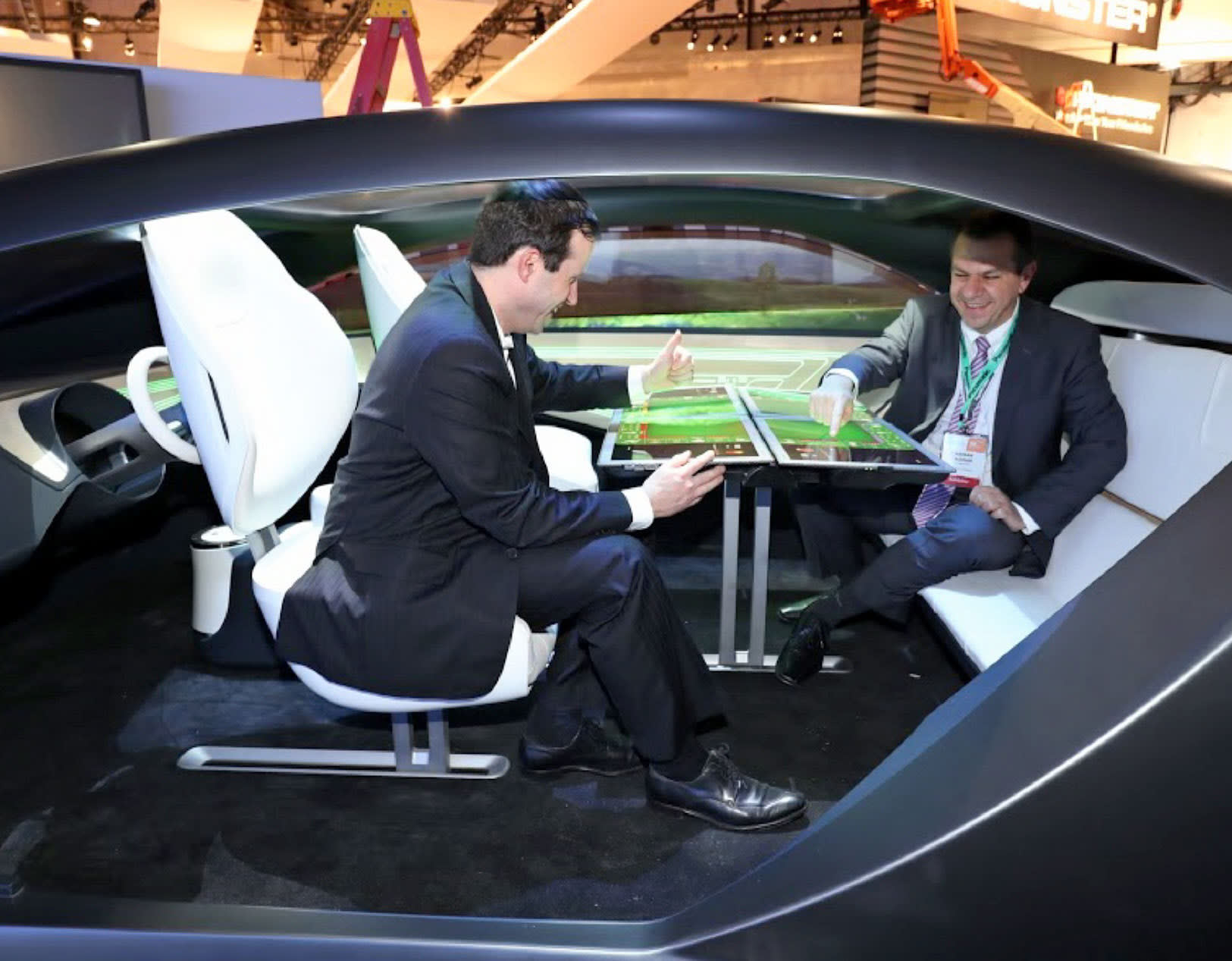 TOKYO -- Hitachi and Panasonic are investing more in businesses linked to next-generation automobiles as Japanese companies seek to fill a range of technological niches in the journey toward autonomous vehicles.

Hitachi will spend roughly 500 billion yen ($4.38 billion) in the technology by fiscal 2018 -- 20% more than it did in the three years ended fiscal 2015 -- while Panasonic is increasing production of electric-vehicle batteries. They will likely pour more than 1 trillion yen into the field, exceeding their total for the past three years by roughly 30%. They are turning to the automotive sector as they reshuffle portfolios and priorities.

Hitachi will spend 110 billion yen in fiscal 2018 alone on automotive-related business, including personnel costs -- roughly 60% over the fiscal 2015 figure. It will focus on developing such autonomous vehicle systems as image-parsing software and integrated electronic control units, or ECUs, which analyze a vehicle's surroundings and adjust steering and speed accordingly.

The Japanese electrical equipment conglomerate will produce more ECUs and sensors for cars, including crash avoidance technology. It will also spend roughly 230 billion yen on such facilities as expanded production lines.

Hitachi has been reorganizing its portfolio through such means as selling toolmaker arm Hitachi Koki to a U.S. private-equity firm. Its new investment shows an intent to position automotive as a core business akin to information and infrastructure systems.

Panasonic plans to spend 150 billion yen to 200 billion yen on development and acquisitions in lithium-ion batteries for electric vehicles over the next three years. While scaling back investment in its television business through such means as halting production of LCD TV panels, it is refocusing around cars, mainly via electric-vehicle batteries.

The automotive field will receive about half of the company's 300 billion yen or so in annual facilities spending. Panasonic will lay the groundwork for higher production, primarily of batteries, and step up development of multimedia- and communications-device-equipped driver's seats for next-generation cars.

Such tech giants as Google and Apple are heating up a struggle against major automakers for supremacy in development of next-generation cars. A range of Japanese companies are moving to capture demand for other electronics and software needed to realize autonomous driving.

Japanese information technology companies are investing proactively in artificial intelligence applications for self-driving technology, despite the lead in AI held by the likes of IBM and Baidu. Fujitsu will invest more than 30 billion yen by fiscal 2018 to produce an autonomous driving support system that analyzes driving data using AI via the cloud. Toshiba will likewise invest over 30 billion yen on cutting-edge semiconductors equipped with AI features.

Companies dealing in car navigation systems were squeezed by the spread of smartphones but now see opportunity in self-driving tech. Pioneer is working on measuring devices that can sense a car's surroundings in three dimensions and aims to produce them for even less than its current measuring devices.

JVC Kenwood is developing such technologies as a heads-up display that shows driving information on the windshield. In electronic car mirrors, it will use image-processing technology cultivated through its video cameras.

Once cars are fully autonomous, the devices in them will have different roles. Passengers once focused on driving could relax with music or videos, bringing new focus on Japanese companies' audio technology.

Global demand for self-driving cars could reach 25.87 million units in 2025, or 12 times that of 2015, predicts the Japan Electronics and Information Technology Industries Association. Eyeing the market growth, autoparts maker Denso and NEC have agreed on a comprehensive partnership to develop components for such autos. Smart alliance strategies for shoring up weaknesses could be key to victory in the intensifying global race.