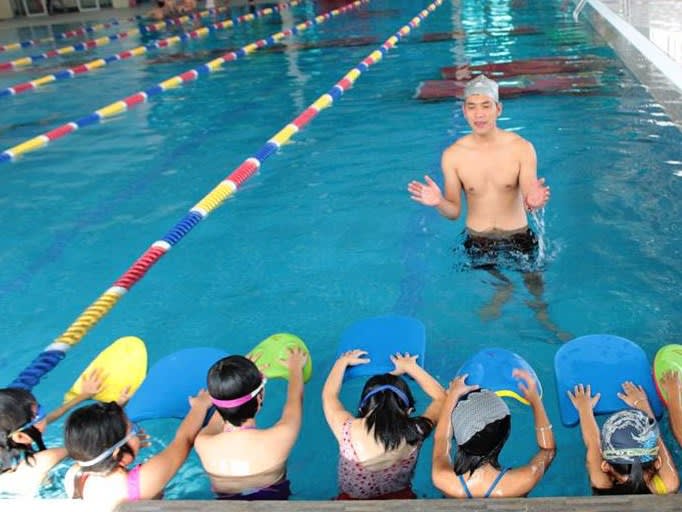 HANOI -- Rising incomes in Vietnam are encouraging parents and grandparents to spend more for their children, fueling the expansion of baby store chains as well as expensive educational services such as in-home tutoring programs and swimming lessons.

According to local news media VietNamNet, the market for children's goods last year skyrocketed to $7 billion.

The market boom is reflected in the so-called "angel" coefficient, which shows the proportion of the cost of raising a child including buying toys and extracurricular activities in household outlays -- a pun coined by Nomura Securities on the Engel's coefficient, which measures food spending.

Behind this trend is the country's growing economy, which is augmenting household incomes. More money in family coffers means that the number of families opting to have three or more children is increasing, indicating that the country's decadeslong two-child policy has become ineffectual. The policy, in place since 1988, was designed to curb population growth.

The six-story Bibo Mart store on Pham Ngoc Thach street in Hanoi not only sells baby essentials but also features a room where free child-rearing seminars are held. Sales at the store have soared some 30% on the year; young mothers flock there on weekends. The number of Bibo Mart stores is expected to quadruple to 500 by 2019.

Pham Thi Hue, a 31-year-old mother who has one-and-a-half years old twins, said she cannot help but buy clothes, toys and other child-related items because of the wide product lineup and quality services at the store.

Bibo Mart is a major baby goods retail chain with 120 stores across Vietnam. The company expects to quadruple the number of stores to 500 by 2019. It is attracting attention from entities such as an investment fund under Sumitomo Corp., which is financing Bibo Mart.

The number of other baby-related stores -- Concung and Kids Plaza -- in the country has ballooned to 133 and 71, respectively, over the last few years.

Hot-selling products such as strollers, powdered milk and diapers are mostly imports. Another baby goods retailer, Soc & Brothers, which partners with Japanese snack maker Ezaki Glico and other companies, saw its sales of strollers in January to July rise 30-50% on the year.

Strollers made by Japan's Aprica Children's Products and Combi are popular; the hot-selling ones carry a price tag of 5 million dong to 8 million dong ($220 to $352).

Education-related expenses for children are also on the upswing. Sao Viet has 100 instructors, most of whom are university students, and dispatches them to teach in homes.

Still, several dozen new applications for the service are submitted every month, according to a Sao Viet official.

Many parents have their children attend "living skills" courses, which have become popular in Vietnam. Most such courses teach children military survival techniques or offer them a chance to experience a different culture. But they are costly.

IEDV provides expensive courses such as a nine-day, 8 million dong course, and the number of users has jumped more than 20% since 2016.

Most schools in Vietnam are too small to have a pool, so few schools offer swimming lessons.

An increasing number of parents have been sending their children to swimming lessons as a way to prevent water-related accidents.

Bang Linh, is a major provider of swimming classes, together with its Japanese partner Renaissance.

The price for the average course of classes offered by Bang Linh is 1 million dong per month, considerably expensive judging from the average income in Vietnam. However, the number of children taking the lessons during the summer through early August grew roughly 50% from the same period last year, said a Bang Linh official.