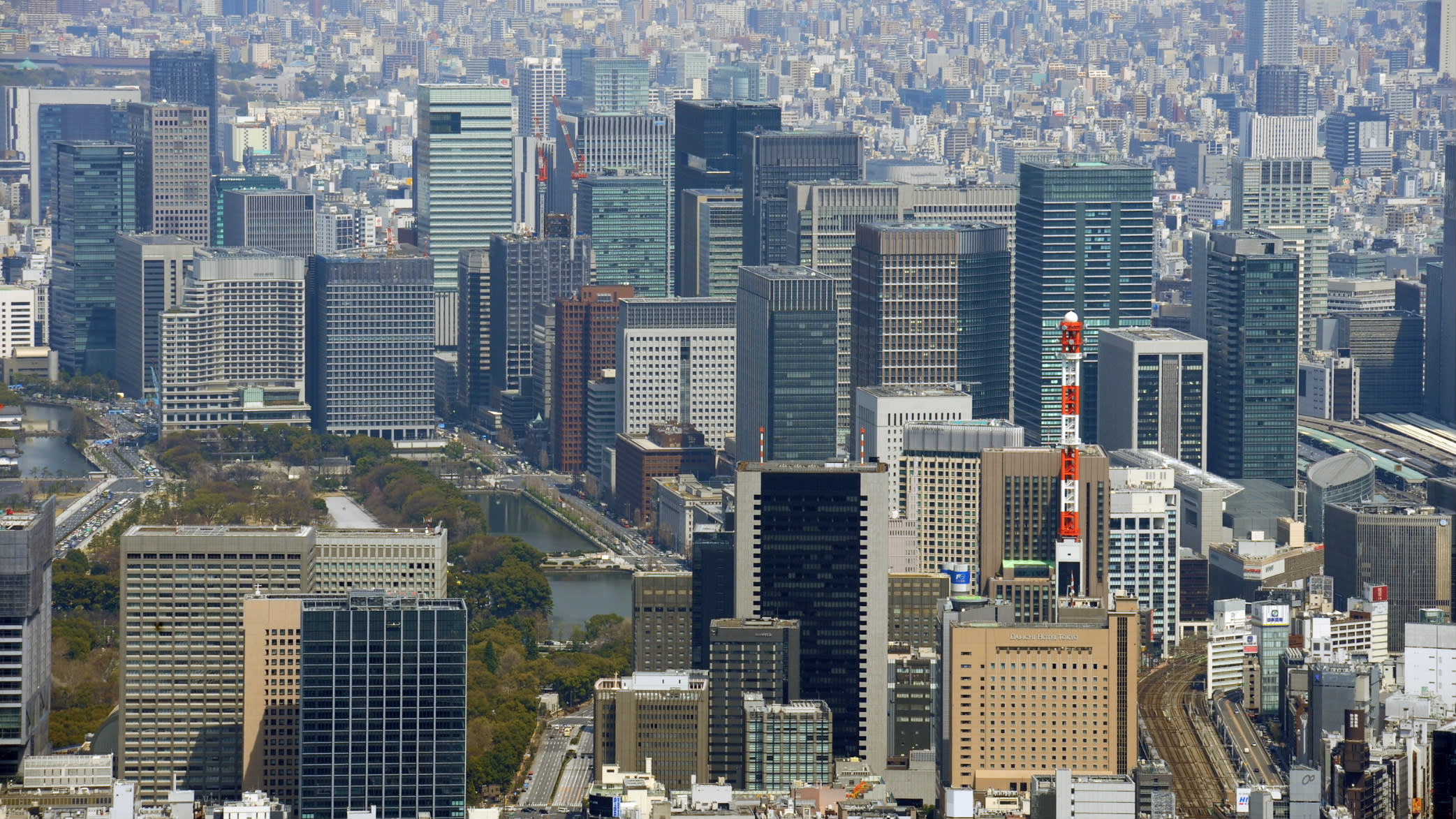 TOKYO -- Japan's listed companies saw their aggregate sales surge 20% from fiscal 2000 to 2016, while their net profit soared by nearly 40%. A look at some of the best performers suggests the growth can be chalked up to two key factors: globalization efforts and new business models.

Toyota Motor topped the ranking of companies that achieved significant sales increases over the 17-year period -- a ranking, it should be noted, that excludes financial institutions and Japan Post Holdings. 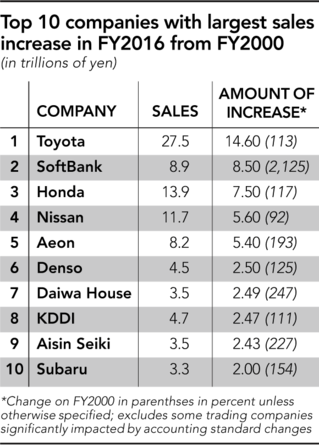 Toyota managed to more than double its already hefty fiscal 2000 sales of 13 trillion yen, or roughly $102 billion at the time. Rivals Honda Motor and Nissan Motor, as well as major auto component suppliers such as Denso, also made the top 10.

Overseas operations had much to do with their success. Toyota's foreign sales nearly tripled, from around 7 trillion yen in fiscal 2000 to 20 trillion yen ($178.5 billion) in fiscal 2016, as the automaker increased the number of overseas plants by some 30%. Honda doubled its auto plants outside Japan. 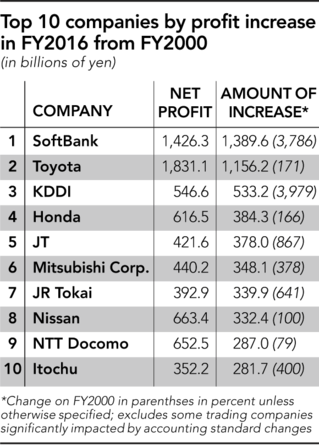 In terms of profit, SoftBank Group achieved the largest gain. The wireless carrier posted its first net profit above 1 trillion yen for fiscal 2016, up 39 times from fiscal 2000.

An ambitious restructuring drive did the trick for SoftBank. The company used to earn most of its profit on software and online financial services. But in 2006, it bought Vodafone Group's Japanese operations and became a mobile carrier. Today, most of its earnings come from telecommunications.

Japan's big trading houses changed their business models, too. They shifted from serving mainly as middlemen -- selling goods from producers to wholesalers or retailers -- to focusing on investment in commodities and other targets. From fiscal 2000 to 2016, Mitsubishi Corp.'s net profit grew by a factor of 4.8. In fiscal 2016, the company invested 570 billion yen.

Companies that listed their shares in fiscal 2000 or later also made big profit gains. This group -- mostly tech companies -- boasts especially high profitability and efficiency. Mixi, a social media company, racked up some 60 billion yen in net profit in fiscal 2016, with a net profit margin of around 29% and return on equity of about 44%.