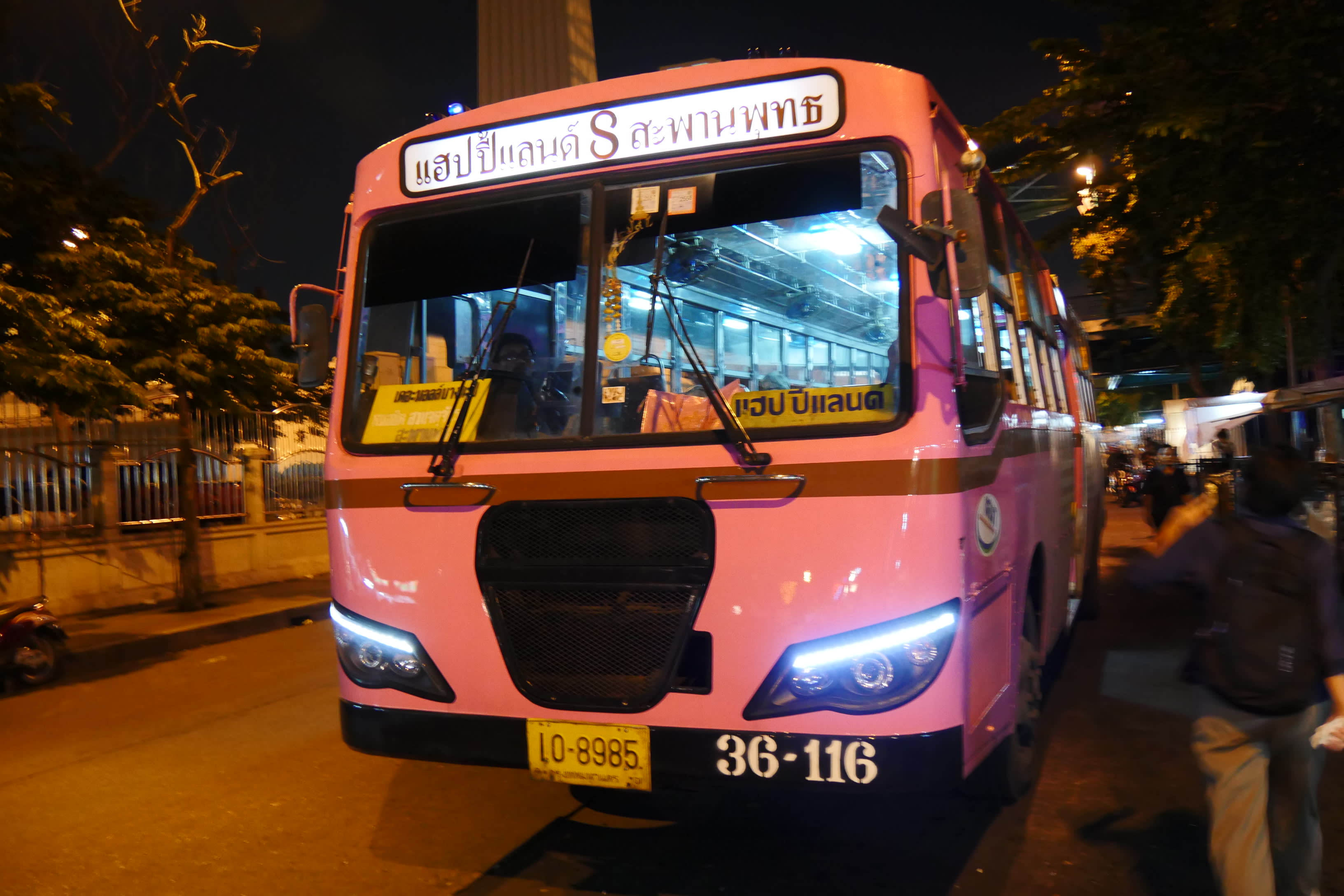 BANGKOK -- Even by local standards, riding Bangkok's No. 8 bus is an ordeal. Its operator received 345 complaints from passengers in the fiscal year ended September, almost one a day, according to the Bangkok Post newspaper. These included claims of reckless driving and refusals to pick up and drop off passengers when traffic was heavy.

How bad is the No. 8? Consider this account of a typical weeknight ride on the "worst" bus in the capital.

The journey began at a bus stop at the Memorial Bridge near the Chao Phraya River, in the western part of the city center. Leaving the typical Bangkok scenery behind, the bus headed northeast through a business district before turning southeast toward Bang Kapi, a route of about 30km.

Thailand is a tropical country, and even in mid-November the temperature was a stifling 33 C. The interior of the bus was old-fashioned with wooden floors, and its clattering ceiling fans providing little relief. The middle door remained open even when the vehicle was moving at full speed.

Nevertheless, the ride started out pleasantly enough, with the open windows allowing passengers to enjoy the evening breeze and feel the bustle of the city around them. Sure, it was not exactly comfortable compared to buses in advanced economies, but with a flat fare of just 9 baht (25 cents), the price is hard to beat. 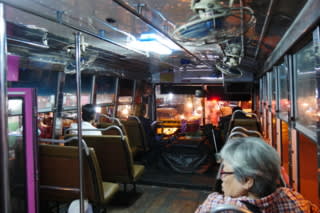 The No. 8 bus, with clattering fans and wooden floors, carries passengers through the Thai capital.

The bus had only a few passengers at first, but within 10 minutes or so all the seats were taken. No announcements were made during the trip, probably because most of the passengers tend to be locals.

After about an hour, things took an alarming turn. The driver accelerated aggressively once the bus cleared a traffic jam and seemed to have no qualms about executing reckless maneuvers, including cutting across a four-lane road to pull over at a bus stop.

About hour in, toward the end of the journey, and a truly frightening incident took place: An elderly woman who seemingly had trouble walking was about to get off the bus when it suddenly started moving, almost throwing her to the street. Fortunately, the ticket collector noticed what was happening and shouted to the driver to hit the brakes.

Between 2011 and 2013, there were 29 accidents involving buses in Bangkok, resulting in 30 deaths and 100 injuries, according to the Prachatai English, a local online news outlet. Some blame the high accident rate on the pay scheme for bus drivers, which bases their salaries on the number of fares they collect. This encourages drivers to speed and cut in front of other cars to pick up as many passengers as possible.

As dangerous as they are, buses remain an important means of transportation for many, given the country's underdeveloped rail network.

The Thai government is working to improve its urban railway system. It plans to introduce Japanese-made trains and operating technologies on a new route scheduled to open next year. The air-conditioned, safe and reliable trains should come as a welcome relief for commuters and shoppers, particularly during rush-hour travel.

But despite its numerous flaws, the notorious No. 8 bus has its own charms and is deeply rooted in the community. Can it survive through the drastic change of transportation? The answer may depend on whether the operator adopts the sort of quality services its modern competitors deliver.