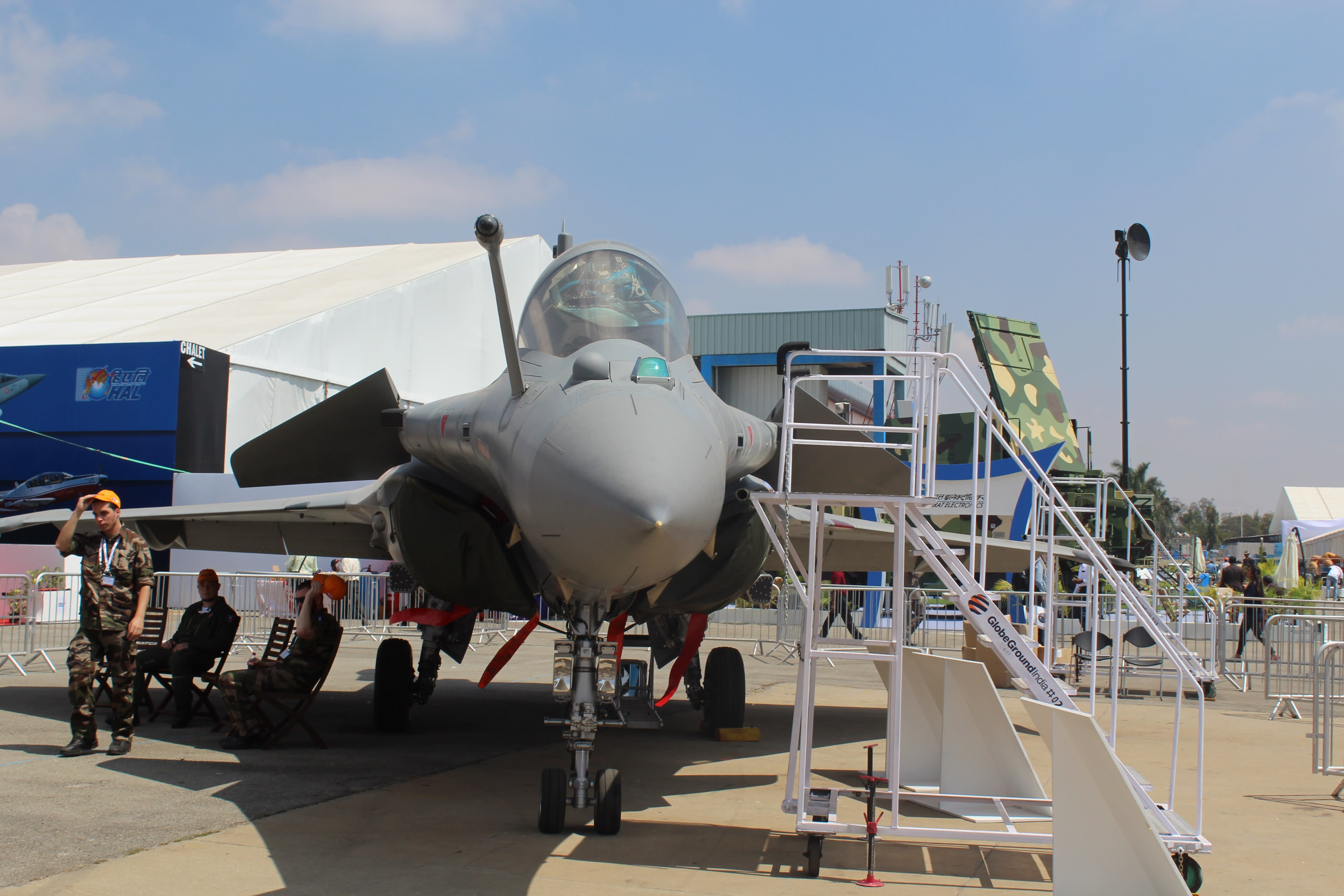 NEW DELHI -- India is changing its law to open defense equipment manufacturing to the private sector, and companies are already vying for expected contracts and seeking out foreign partners. The Tata group was quick out of the blocks after the policy was announced in late May, signing a deal with Lockheed Martin of the U.S. under which the companies will bid jointly to make F-16 fighter jets in India.

Opening the defense sector is a radical departure for India, which for 70 years under socialist-inspired policies allowed only government-owned enterprises to make weapons. This led to a crisis, with Indian weapons of shoddy quality. Even weapons systems assembled under contract -- such as Sukhoi Su-30 fighter aircraft from Russia -- have encountered operational problems.

India has the world's third-largest military, but buys 70% of its weapons overseas. From 2014 to 2016, India imported military equipment worth $5 billion from Russia, and is estimated to have bought arms worth $4.4 billion from the U.S. and $2.7 billion from Israel.

According to the Stockholm International Peace Research Institute, India was the world's largest importer of weapons between 2012 and 2016, accounting for 13% of the global total. Imports range from aircraft carriers to thermal underwear for soldiers serving in high Himalayan outposts. The procurement policy changes are intended to cut India's arms import by 30% within a decade.

The Defense Acquisition Council, chaired by Defense Minister Arun Jaitley, in late May announced a new long-term strategic partnership policy under which the government will seek tenders in each weapons category from approved combinations of Indian private sector companies and foreign partners.

The foreign companies will be expected to transfer technology and to manufacture in India. Single-engine fighter aircraft, light armored helicopters, submarines, main battle tanks and armored fighting vehicles are the categories initially opened for bidding. The policy is open to only Indian companies with minimum revenues of $700 million.

Like Tata, other Indian companies are already ramping up capabilities and scouting for partners. They include engineering company Larsen & Toubro, Reliance ADA -- owner of India's largest private port at Pipavav, in Gujarat state -- and Mahindra & Mahindra, a major automobile manufacturer.

"Introducing the strategic partnership model is a very significant policy change," said Jayant Patil, head of aerospace and defense business at Larsen & Toubro. "It is a trust-based relationship between the Ministry of Defense and private-sector industries for major platform programs on a long-term basis.

"We hope to see our defense sector turnover reach 100 billion rupees ($1.55 billion) by 2020-2021," he said. "We see business coming from submarines, warships, artillery guns, rocket-launch systems, military communications and missile propulsion, among others."

The new model could be a game changer for India's arms industry, enabling private companies to bid for large-scale weapon systems contracts for the first time, and allowing them to retain technology transferred by foreign partners and to use to government facilities to test equipment.

Rajesh Dhingra, president of Reliance defense and aerospace, a contender for some of the projects, said: "This is a forward-looking policy and it views the Indian private sector as strategic partners to the government -- defense manufacturing can now move apace." 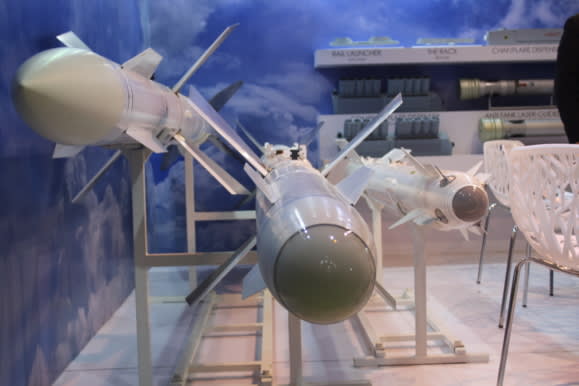 Missile systems on display at the Aero India 2017 exhibition in Bangalore. (Photo by Ninad Sheth)

India has also reformed its tortuously slow weapons acquisition process. The government has set up a new Defense Acquisition Organization as a single window authority to facilitate close and transparent interactions between the military and the manufacturers. The aim is to cut red tape and speed up the procurement process, especially for high-value orders.

Amber Dubey, a partner and India head of aerospace and defense at KPMG, a consultancy, said: "Defense reforms open up significant opportunities for the Indian private sector. Many feel the order value for the first four programs may be around $25 billion to $30 billion. That will give a big fillip to global weapons manufacturers and their Indian partners."

However, there are significant factors that could derail private participation in Indian defense, the biggest being ownership constraints. India has lifted the permitted ceiling for foreign ownership of defense companies from 26% to 49%, but this still denies majority ownership of joint ventures to multinationals.

In the specialized, highly sensitive and restricted domain of defense technology, this could be a deal killer. Analysts say that defense companies are unlikely to part with technology without having at least 51% of the shares in joint ventures. The government is hoping that the size of the Indian market opportunity will force foreign companies to rethink this position.

Indian companies may also face problems in borrowing. The defense industry has only one client, the Indian government, and the gestation period for large-scale deals could be up to a decade. Indian banks are already weighed down by non-performing loans, and some of the would-be contenders for defense contracts have billions of dollars in outstanding loans in other business areas, potentially constraining their capacity to finance arms manufacturing.

Even so, the policy reform opens up an estimated $40 billion market to the private sector, and the government is hoping that it will spur both Indian and international companies to find ways of overcoming the obstacles.