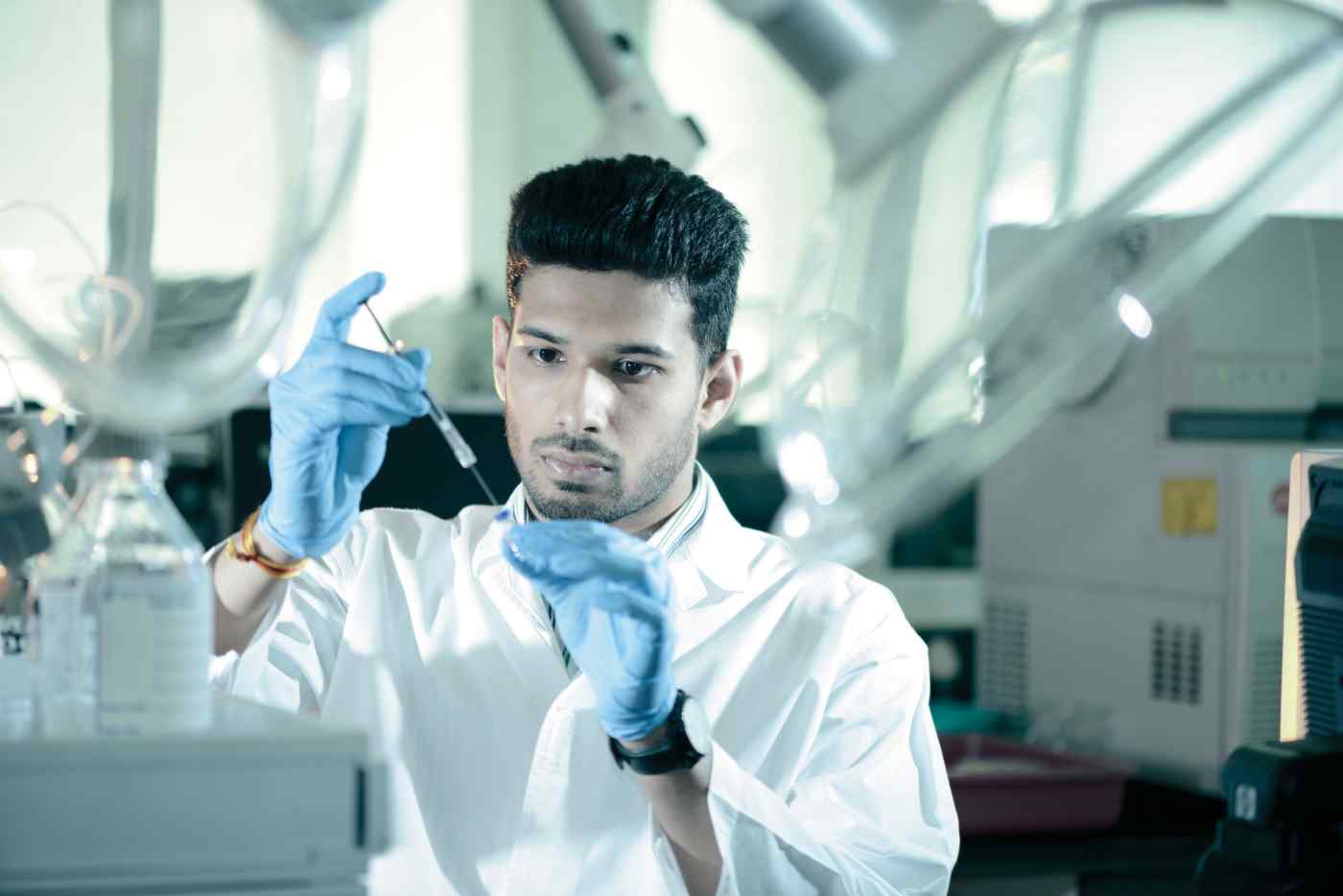 BANGALORE, India/NEW DELHI -- Indian pharmaceutical companies, which dominate the global generic drugs market, are gearing up for their next big opportunity -- developing an innovative class of complex drugs when the original products, with sales of up to $60 billion a year, go off patent in the advanced industrial economies.

These drugs, called biosimilars, are an alternative form of biologics -- drugs made from living organisms. Makers must show that they have no clinically meaningful differences from their biological reference products in terms of safety, purity or potency.

"The U.S. and Europe are finding biologics increasingly expensive and so there is a compelling self-interest for these economies to seek biosimilars, with which they basically reduce [healthcare] cost," said Kiran Mazumdar Shaw, chairman and managing director of Biocon, an Indian pharmaceuticals group. "Margins are rich in this segment, and I think that's a compelling reason why people want to get into biosimilars."

"The global life-sciences industry is moving gradually from chemical-based drugs to biologics," said Utkarsh Palnitkar, national head of life sciences practice at KPMG in India, a consultancy. "The global biosimilar segment is expected to increase [the value of sales at list prices] from $2 billion in 2016 to $12.1 billion in 2020," he said.

Biosimilars are far more complicated to manufacture than synthetic generic drugs. Companies need to deal with complex regulations across countries and higher clinical trial costs than for generics. According to the U.S. National Center for Biotechnology Information, the investment needed to develop a generic drug ranges between $1 million and $4 million, compared with $100 million to $250 million for a biosimilar. NCBI research indicates that biosimilars are expected to cost 15% to 30% less than biologics, while generic drugs cost 50% to 90% less than branded drugs.

Last month, the U.S. Food and Drug Administration accepted Biocon's application for a review of its proposed biosimilar Pegfilgrastim, an alternative to Neulasta, a branded biologic made by Amgen, a U.S. biopharmaceutical company. Neulasta is used to reduce the chances of infection following chemotherapy in the treatment of certain types of cancer.

In June 2016 the Central Drugs Standard Control Organization, India's equivalent of the FDA, announced new guidance for biosimilar drug development and eased the procedure required for companies to take drugs from clinical trials to the market.

This has sparked a race among Indian companies. Generic drugs maker Cipla has earmarked $130 million over the next few years to develop biosimilars, Aurobindo Pharma announced in February 2016 that it will double its research budget to $80 million, with a focus on biosimilars, and Dr. Reddy's is developing two new biosimilars -- trastuzumab to treat breast cancer, and bevacizumab to treat metastatic kidney cancer.

Reliance Life Sciences bought the global rights for biosimilars of infliximab, a drug to treat arthritis, from bankrupt Boston-based Epirus Biopharmaceuticals in July 2016, and Zydus Cadila, another Indian pharmaceuticals company, announced a collaboration in June with Turkey's Eczacibasi Ilac Pazarlama to market biosimilar products in the Turkish market.

Biocon has partnered with Japan's Fujifilm Pharma to sell glargine, an insulin analog, in Japan. The drug, which was launched in June last year, is Biocon's first biosimilar approval in a developed country, and the first biosimilar developed by an Indian company to be approved in Japan. Biocon's shares have risen 45% since the approval.

"Biocon's interest will always be in either diabetes or cancer. And whenever companies are doing something that adds value to what we are doing in diabetics, cancer or immune oncology, we would be interested to look at those companies and engage with them," she added.

While some of the companies developing biosimilars have raised concerns that U.S. President Donald Trump's protectionist outlook could harm the industry's prospects, Shaw sees opportunities for Indian companies.

"The U.S. healthcare system already depends a lot on generics, and they need affordable biopharmaceuticals to bring down costs. From that point of view I don't think we are placed badly," Shaw said. "And I believe that India is a strategic partner for the U.S. in its healthcare models -- in drug innovation, drug development and finally developing these affordable drugs for the U.S. market."

However, failures in trials, lack of trained personnel and cost overruns are all potential hazards for biosimilars, not to mention competition from China, South Korea and Turkey.

Biosimilars -- and biologics in general -- are very complex, so the cost of regulatory challenges plays a crucial role in their development. "If the regulatory path does not simplify, then [companies] will have to keep spending money. But I believe that as the regulators in the U.S. and Europe gain more comfort with biosimilars, the pathway will likely clear and costs will come down," said Shaw.

Indian pharma companies are no strangers to U.S. regulatory tangles. According to the credit rating agency ICRA, the FDA issued around 50 warning letters to Indian companies for deviations in clinical procedures and product testing between 2008 and 2015. Of these, about 40% were converted into import alerts. Sun Pharmaceutical Industries, Dr. Reddy's, Cadila Healthcare and IPCA Laboratories all faced FDA pressure in 2015.

Development of the industry may create relatively few jobs, since pharmaceutical manufacturing is highly automated, but could intensify competition for talented workers across South Asian countries. "Even for Biocon, I don't think make-in-India is about huge [numbers of] jobs being created, but it is more about [gross domestic product] contribution," Shaw said.

"There is no excuse for India not to be good at doing what we are doing in this field," she said. "I think biotech and life sciences have a very rich talent pool, and I personally believe that if we don't leverage this rich talent pool in various ways, we are missing a huge opportunity."