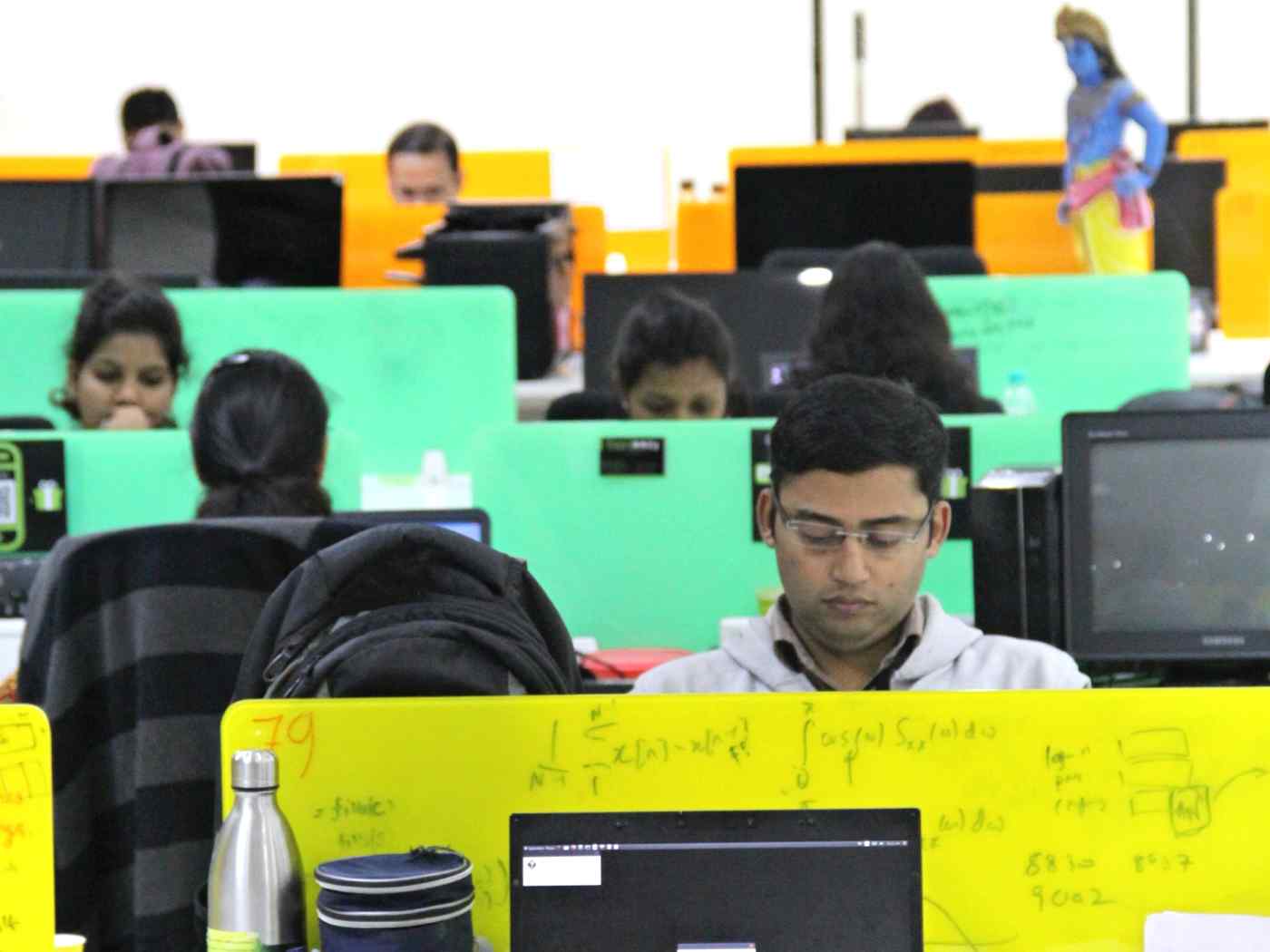 BANGALORE -- Facilities for startups are growing in India, not only providing them with offices for low rents but also serving as incubators that introduce them to corporate managers and investors.

Large companies such as Microsoft, as well as the Indian government, are also stepping up support for promising ventures.

A co-working space for startups, operated by a company called Bhive Workspace in a multitenant building in the city of Bangalore, southern India, houses some 90 companies. LetsService Automotive Technologies, one of them, is set to expand its business across India from the co-working space, said CEO Sachin Shenoy, 27.

After working at IBM, Shenoy founded LetsService last September to help motorcycle owners get their two-wheelers serviced at authorized service centers via smartphone or the internet.

The venture businesses are each allowed to use offices and desks in the building at a minimum rate of 5,000 rupees ($75) a month. Bhive was founded in November 2014 and has since grown to have four co-working spaces totaling 4,400 sq. meters in Bangalore. The company has become the biggest incubator for startups in the city, co-founder and CEO Shesh Paplikar said.

With its concentration of leading U.S. and European information technology companies, Bangalore has been seen as hallowed ground for startups in recent years, as promising ventures have been successively created here. Many engineers have launched ventures in Bangalore after quitting big IT companies. ANI Technologies, which operates India's biggest mobile taxi-booking app, Ola; and Quikr, the operator of a classified advertising platform, are among many successful startups that began in the city.

The establishment of startups is gathering steam thanks to the National Association of Software and Services Companies, a trade association of Indian IT companies including industry leaders, which has launched a Startup Warehouse program to nurture 10,000 venture businesses. The program provides air-conditioned offices with advanced telecommunications environments in Bangalore and other places. 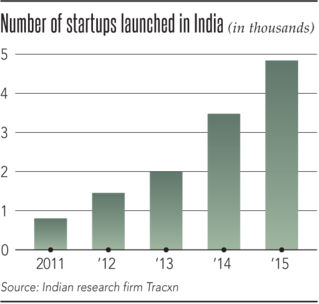 But the program's main feature is to provide opportunities for startups to meet corporate managers and investors, said Ashok Madaravally, deputy director, 10,000 startups. For example, Ranjith Parakkal, 36, CEO of Uncanny Vision operating in the facility, said he recently met the CEO of a Robert Bosch subsidiary.

Among the big IT companies involved in support for startups in India is Microsoft, which has set up a facility in Bangalore with an eye toward nurturing 500 venture businesses in the coming five years. Unable to keep up with rapid advances in IT on their own, companies need to nurture high-grade technological startups, according to Microsoft India. Google and Amazon.com are also stepping up support for entrepreneurs in the country.

In January, the Indian government announced a set of measures to back startups, including the establishment of an investment fund and hub facilities for exchanges between venture businesses.

The "ecosystem" for startups in India is being rapidly enriched, and even a 16-year-old recently launched a new business, said Rohan Malhotra, co-founder of Investopad, which operates incubator facilities.

The pursuit of promising startups in the country is likely to accelerate further.