Indian startups open a world of opportunities to women 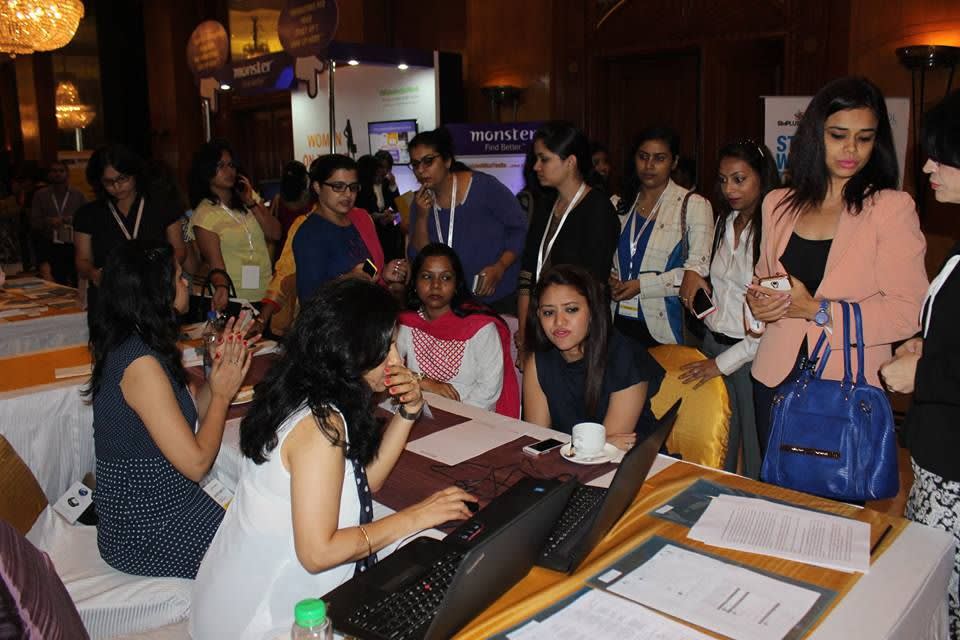 NEW DELHI -- Snehita Mukherjee, 24, left her job in an Indian information technology services company to study interior design. But when she needed to supplement her income, she found a job through a website called Sheroes.in as a data processor working from home so she could continue her studies. Mukherjee then recommended the website to her mother and her elder sister.

Sheroes, a members-only career networking platform for women, is one of a handful of startups that have sprung up in India in the last few years to help women find full-time or part-time work, identify mentors, tap into networks or receive career counseling. Some, including Sheroes, are exclusively for women. Others, such as Flexing It, offer freelance work for women and men, while the Indian Institute of Technology in Delhi has started a mentorship program for female entrepreneurs. The networking startups charge companies for placements and recommendations; women seeking jobs or information join for free.

"The traditional job market gives you a burden of expectation," said Sairee Chahal, founder and chief executive of Sheroes, which has roughly 1 million registered women on its platform, by far the largest such startup in the country. "This [flexible work] helps them take charge of their own way."

About 21.2% of working age Indian men -- those between 15 and 59 -- have a regular salaried job, compared with 13.4% of Indian women of comparable ages, according to a 2014 report by the International Labor Organization. A 2015 report by the McKinsey Global Institute found that Indian women account for just 17% of India's gross domestic product. Full employment equality would raise GDP by 60% by 2025, the report claimed.

The jobs and networking startups feed a real hunger from women, according to Chahal, who said that women in isolated and rural communities are now able to find work that they can do from home. A good example, said Chahal, was an online query from a young woman in a village near Lucknow, in the relatively poor northern state of Uttar Pradesh, who wanted to work from home. Chahal pointed her to Sheroes' listings, and then coached her through the application process and the process of setting up at home.

Chandrika Pasricha started Flexing It based on her own needs. She left her job at McKinsey to freelance and found that there were few options for consultants. Seeing a gap in the market, she set up Flexing It, which says that 40% of the nearly 40,000 professionals registered on the site are women. The company finds work for mid-career professionals with a median work experience of eight years in areas such as marketing and branding, running business units, hiring and managing personnel, finance and analytics.

At least 55% of the paying companies at Flexing It are startups and small and medium sized enterprises. "Startups are always struggling for talent," said Pasricha. "They can't afford to throw money at talent, and we're finding a lot of organizations are turning to people like us to get help on specific pieces of their businesses."

According to the 2015 Global Women Entrepreneur Leaders Scorecard, produced by the U.S. research company ACG, India ranked 28th in a survey of 31 countries for gendered access to fundamental resources such as education, the internet, bank accounts and SME training programs. Only Bangladesh, Ghana and Pakistan were ranked lower.

The survey inspired IIT to set up the Women Entrepreneurship and Empowerment Foundation, which launched in October, offering a three-month mentorship program for 30 women entrepreneurs. Aparna Saroagi, the foundation's co-founder, said India's burgeoning startup companies tend to be run by so-called "boy's clubs" with very little female representation at the top levels.

"Women have the potential and they only need the support to rise up," said Saroagi, who also heads market risk reporting and control at Royal Bank of Scotland in India.

Lack of internet access in some areas could hamper the growth of startups, but Chahal said: "We believe that internet access is only going to grow, even on low bandwidth. Our endeavor is to build an ecosystem that can serve anyone as India grows." About 32% of the women on the Sheroes platform are from small towns.

"There's a huge rise in aspiration, in understanding that work is integral, and there's a huge hunger for growth from wherever they are," said Chahal, who grew up in small towns across the country thanks to her father's job as a consultant to the steel sector.

"I come from a big Punjabi family where the women go through college and get married to a jeweler or a builder," said the 40-year-old. "In my head I had written that off at 18."

She moved to Delhi for a degree in Russian studies in the mid-1990s -- a time when several Central Asian countries were setting up embassies in Delhi -- and got her first taste of financial freedom by helping them with translation and public relations. Since then she has worked in, and helped scale up, several businesses.

"We've built a category -- women and their professional space," said Chahal. Working from home used to be a scammy thing and we've made it a respectable option."