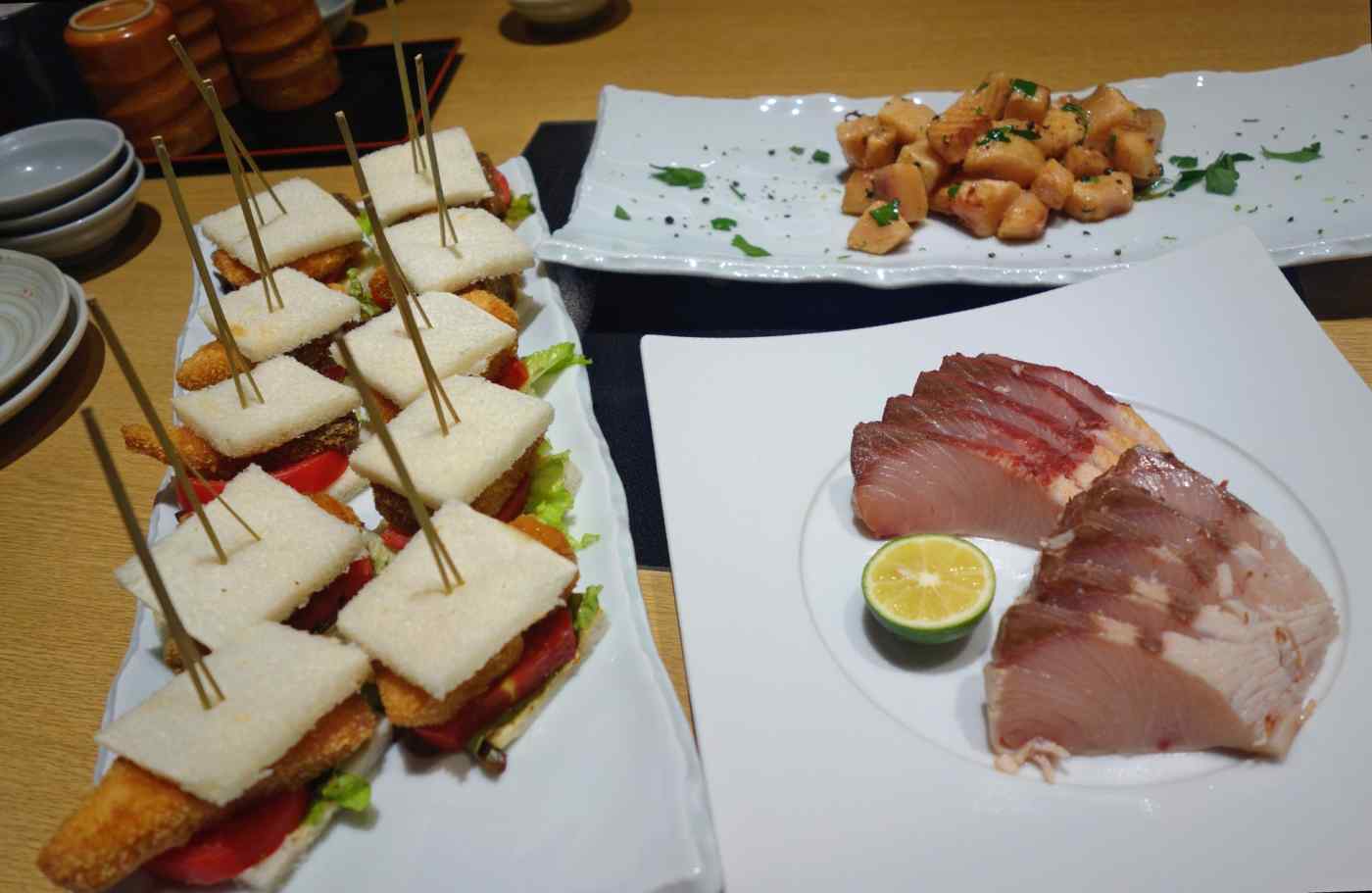 TOKYO -- As the domestic market for fishery products continues to shrink, Japanese fish farmers are increasingly looking overseas, where demand is expected to grow.

Global Ocean Works, a fisheries exporter in Tarumizu, Kagoshima Prefecture, has been very busy lately. "We are meeting only half the orders now," President Yuji Masunaga said. The company exports 90% of its frozen products. A significant portion goes to North America, where people are fond of eating raw, fat buri, or yellowtail, at sushi restaurants.

There are many fish farmers in Tarumizu. But their numbers have been declining as more of them wind up their businesses. Masunaga's Global Ocean Works, which buys and processes fish from six local farmers, aims to create a fishery business that can turn a profit. By bundling together small fish farmers, the company hopes to cut the cost of feed, which makes up over half of the overall farming cost, and to ensure stable feed supplies.

But the company faces a tough road. Established in 2009, the new entrant to the market was denied fishing rights; it could not operate its own fish farm. The company's new business model often meets stiff resistance from existing players. Still, Masunaga is hopeful. "Like Norwegian salmon," he said, "I want to make buri easily accessible by people around the world." 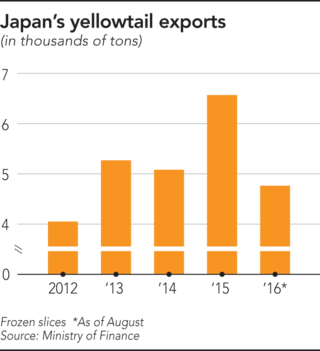 Unlike wild fish, farmed fish "can be improved by effort and turned into a brand," pointed out Tomoyuki Maebashi, an executive officer at Nippon Suisan Kaisha, a major Japanese seafood company.

One of the weaknesses of farmed fish has long been its smell, which is caused by the feed. But fish farmers are increasingly getting creative and turning the weakness into an opportunity: They are creating special feeds to make their fish smell good.

In July, Feed One, a supplier, and Nosui, a food processing company, started selling jointly developed herb shrimp, which grew up eating a feed mixed with lemon grass. A fishery cooperative in Kagawa Prefecture, a club of local seawater fish farmers, has introduced olive buri, and the Kitanada fishery cooperative in neighboring Tokushima Prefecture is marketing sudachi buri. Sudachi is a citrus fruit and local specialty. Oita Prefecture, meanwhile, has begun farming kabosu buri, developed by the Oita Prefectural Agriculture, Forestry and Fisheries Research Center. Kabosu is another kind of local citrus varietal.

At Kindai University, professor Masahiko Ariji was especially keen to get rid of the fishy smell entirely. He has since created odorless buri.

"Because it has absolutely no fishy smell, you will never know what [kind of] meat it is," Ariji said. In a bid to promote the fish abroad, he has suggested a variety of recipes, including serving it as sashimi, as diced "steak" or in fried rice.

According to the Ministry of Finance, Japan last year exported 6,569 tons of frozen buri slices, up over 60% from 2012. The fish, which had been little known outside Japan, is gaining much popularity abroad.

In Japan, where the population is aging and the birthrate is declining, demand for fish is unlikely to strongly rebound. For the country's fisheries industry, venturing overseas is not only inevitable but urgent.