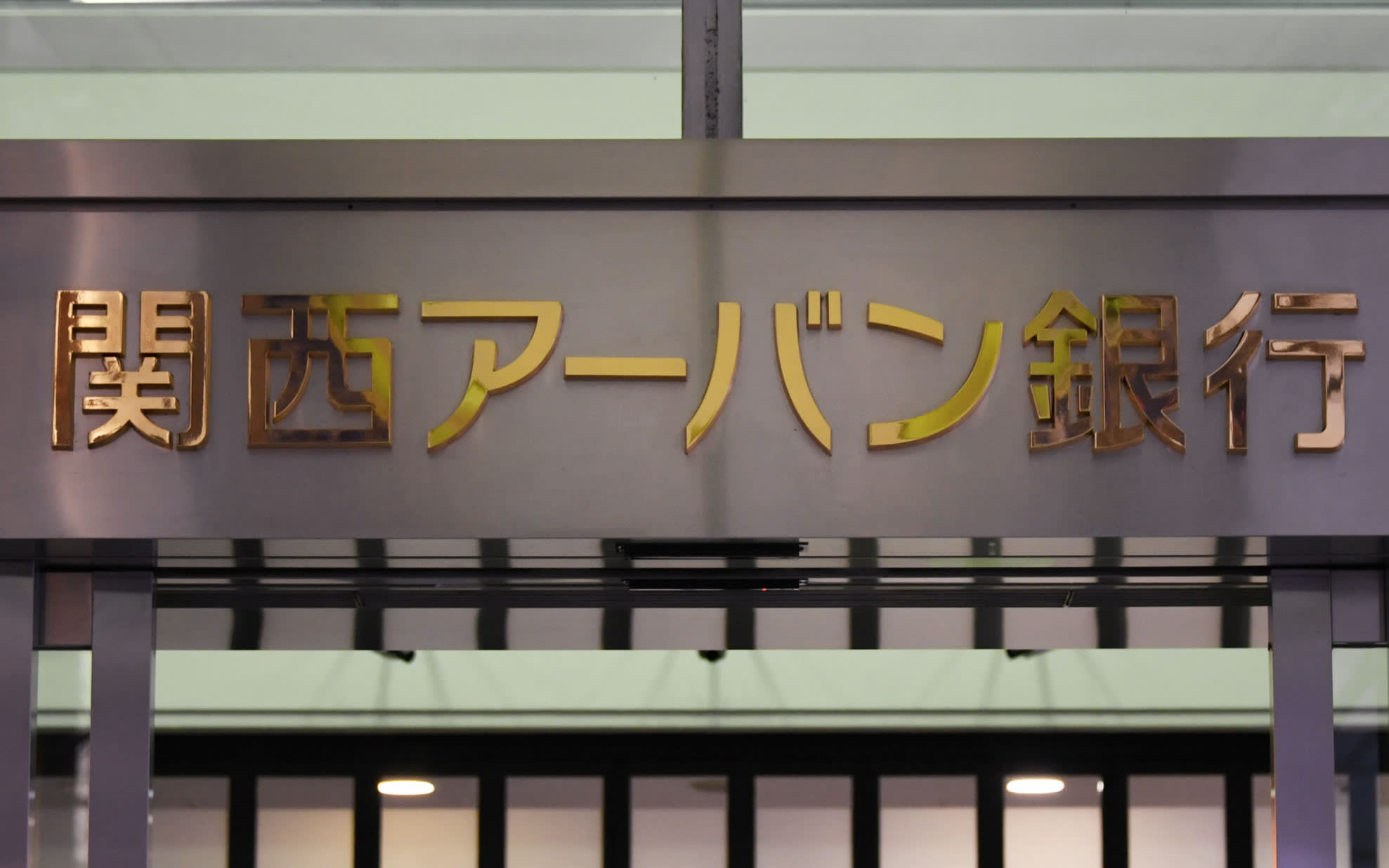 Kansai Urban Banking is likely to merge with two other regional banks.

The financial institutions target a basic agreement by the end of March, and specifics on collaboration have yet to be hammered out. But cost savings in overhead are seen, along with an effort to strengthen operations in city centers, where competition is intense.

Earnings reveal the plight of Japan's regional banks. Net profit dropped on the year in the April-December period for 60 of 82 listed regional banks, or more than 70%. Structural issues like a shrinking population have combined with the Bank of Japan's negative-interest-rate policy to erode earnings. And many incurred investment losses from the rise in U.S. long-term rates -- and a drop in Treasury bond prices -- following Donald Trump's win in the November presidential election.

Regional banks lack the international reach of megabanks, remaining bound to the domestic market where competition continues to heat up.

The greater Osaka region covering six prefectures including Kyoto and Hyogo is especially crowded, even though the number of regional banks has fallen to 10 from 21 since 1995. Megabanks occupy a strong presence, too.

This competition means the three regional banks to be merged had limited market shares in the region by lending balance. At the end of 2016, Kansai Urban Banking's share was just over 5%, while Minato Bank and Kinki Osaka Bank were in the 3% level.

Osaka and Hyogo prefectures, where these banks are based, are destinations of many outsiders seeking to expand operations. Kiyo Bank from Wakayama Prefecture has fully relocated its sales promotion headquarters to Sakai in Osaka Prefecture. Bank of Kyoto and Shimane Prefecture-based San-in Godo Bank are on the offensive in Hyogo, where 11 credit unions including major player Amagasaki Shinkin Bank operate.

Resona and SMFG hope the consolidation sharpens their edge. When the three midtier regional banks are brought together, their aggregate assets will total 11.6 trillion yen ($102 billion) -- surpassing Bank of Kyoto as greater Osaka's leader and overtaking Shizuoka Bank to be the No. 6 regional bank in Japan.

Stricter international financial regulations are another consideration in the industry consolidation. Banks with an international presence are subject to the so-called Basel III rules, which require the institutions to hold certain levels of capital in relation to risk assets including loan credits. As the capital requirements grow stricter, Japanese megabanks must either increase capital or slash assets.

Capital increase via share issuance could depress stock prices, so the banks are focusing on whittling assets. The megabanks have directed their limited resources to overseas markets such as the U.S. and greater Asia. In December, SMFG decided on a purchase of a U.S. cargo rail car leasing company.

Resona, by contrast, is oriented more toward the domestic market, with retail and smaller-business banking services crucial to its growth strategy. The company has sought tie-ups and acquisitions of regional banks with a broad customer base in their respective localities.

The Resona deal will leave SMFG with no sizable stake in any regional banks. Bank of Tokyo-Mitsubishi UFJ -- under megabank Mitsubishi UFJ Financial Group -- holds a double-digit stake in just one regional bank, Chukyo Bank, based in Nagoya. That city is another red ocean where industry consolidation is expected. Many regional banks from surrounding prefectures like Mie and Gifu are expanding operations there.

Mizuho Financial Group has a few dozen regional banks under its wing, including a roughly 20% stake in Chiba Kogyo Bank. Consolidation efforts with other financial groups will continue, an internal source said.

Japan's Financial Services Agency is encouraging regional banks to build a more sustainable business model by pulling away from excessive competition that lowers interest rates. The financial watchdog sees consolidation for greater efficiency as one option, as does the Bank of Japan.