Ai.t, a 26-year-old housewife, has 190,000 Instagram followers, who have watched her 3-year-old daughter Nagisa, left, grow up.

TOKYO -- Japan's most influential Instagram star does not even walk on two legs. He is Marutaro, a dog with 2.61 million followers. While posting adorable photos of dashing on a beach or sleeping on the couch, the Shiba spitz is also a deft businessman (businessdog) promoting products for a major real estate company and a pet food retailer.

These days, all companies are aware of the importance of social media, particularly of "influencers" -- social media players who can sway public perceptions of a product or service.

Famous celebrities dominate the Instagram followers ranking here, but hiring TV stars as promoters is too costly for many companies. So the Nikkei Marketing Journal, with the help of notari, a data analysis company, has compiled an alternative ranking based on the number of likes given to PR photos posted by lesser-known, but influential users on Instagram over the 12 months to July 31. Ai.t, No. 4 in the Nikkei ranking, is a 26-year-old housewife. She began using Instagram as a photo diary of her child, Nagisa, who is now 3 years old. Nagisa captured the hearts of Instagram users in Japan, winning her mother 190,000 followers. One video clip, which shows Nagisa falling asleep while eating, has been watched 1 million times. With image-heavy social media, kawaii conquers all.

Yom, which operates the Marlmarl chain of baby goods shops, asked Ai.t to introduce its items on Instagram, impressed by the number of comments she received from other users along the lines of: "Cute!" and "I want to dress my child in those clothes."

Worth a thousand words

Marutaro, Japan's most popular dog, is owned by Shinjiro Ono, a 44-year-old owner of a marketing company. 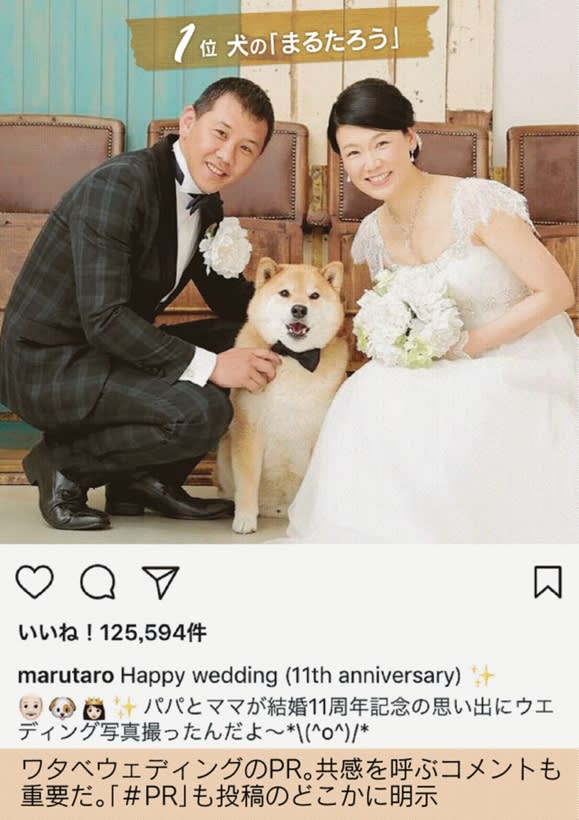 Shinjiro Ono, left, and his wife, pose with their dog Marutaro, who has 2.61 million followers on Instagram, 80% of whom are overseas.

Ono used to do a lot of overseas business. He became interested in Instagram because it let him "communicate the image associated with something by sharing photos, and it is a perfect tool for overcoming language barriers," he said. After the 2011 earthquake that devastated northeastern Japan, he started posting photos of his dog, hoping they would cheer up those affected by the disaster. Now he posts photos three times a day with followers around the world in mind. Asian millennials are booking their own adventures

Using Instagram's messaging function, companies can easily contact the influencers directly. Mitsui Fudosan, a real estate developer, and a pet food retailer have asked him to promote their products. Four-fifths of Marutaro's followers are outside Japan, meaning his sway over the Japanese market is somewhat limited compared with other influencers in Japan. Nonetheless, Ono has 53 PR posts over the survey period, receiving 1.82 million likes.

Most of Japan's Instagram users are women between the ages of 20 and 34, a demographic called "F1" in marketing jargon. These women are very responsive to information, and word spreads quickly among them. Unlike other social media platforms, Instagram is particularly effective at communicating with images.

Insiders say Instagrammers receive a few yen (cents) for each PR post, multiplied by the number of followers they have. In some cases, influencers are paid a fixed fee per post. One major apparel company said it spends about 2 million yen ($18,430) annually per influencer.

Businesses that connect companies with influencers have also emerged. One is Lemonade. CEO Hisanari Ishibashi says the company places great importance on whether the influencer is "a good match" for clients. For instance, female influencers who like to post close-up photos of their face usually have an audience that is 80-90% male. Those influencers are "suitable for promoting goods targeted at male consumers," Ishibashi said.

Unsurprisingly, attractive models are strong influencers. Hikaru Yokota, third in the ranking, is a 22-year-old professional model. She has signed a deal with Uniqlo, a fast fashion chain. Yokota wears clothing sent from Uniqlo, and takes photos of herself. A fashion-lover, Yokota adds company website links to private photos "to help followers mimic the same style." 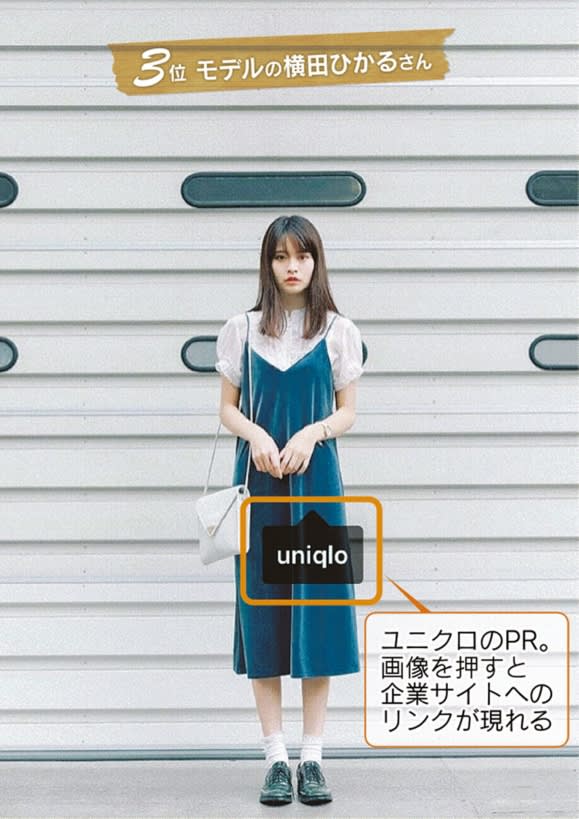 "Young people check Instagram between 8 p.m. and 10 p.m.," she said. She takes that into account when posting photos. According to her experience, she receives more responses for video clips and for photos taken from behind.

Yet, young women's tastes are fickle, and trends come and go. Six of the top 10 influencers in the Nikkei ranking would be different if the list were recompiled based on data from the most recent three months rather than for the 12 months to the end of July. New social media platforms constantly emerge, some that trend and other that do not. Users often migrate from one social media to another en masse.

The number of Instagram users in Japan has grown rapidly in recent years to 16 million. Meanwhile, concerns about a questionable advertising technique, known as "stealth marketing," have been raised. Influential Instagrammers sometimes promote products in their posts without telling their followers that they are being paid.

Stealth marketing used to be common on celebrity blogs. But with some ordinary Instagram users attracting tens of thousands of followers, they, too, have considerable marketing clout.

In June, Instagram introduced, on a trial basis, a new function that allows users to add information at the top of their photos to inform their followers that the photos are PR posts done in collaboration with companies.