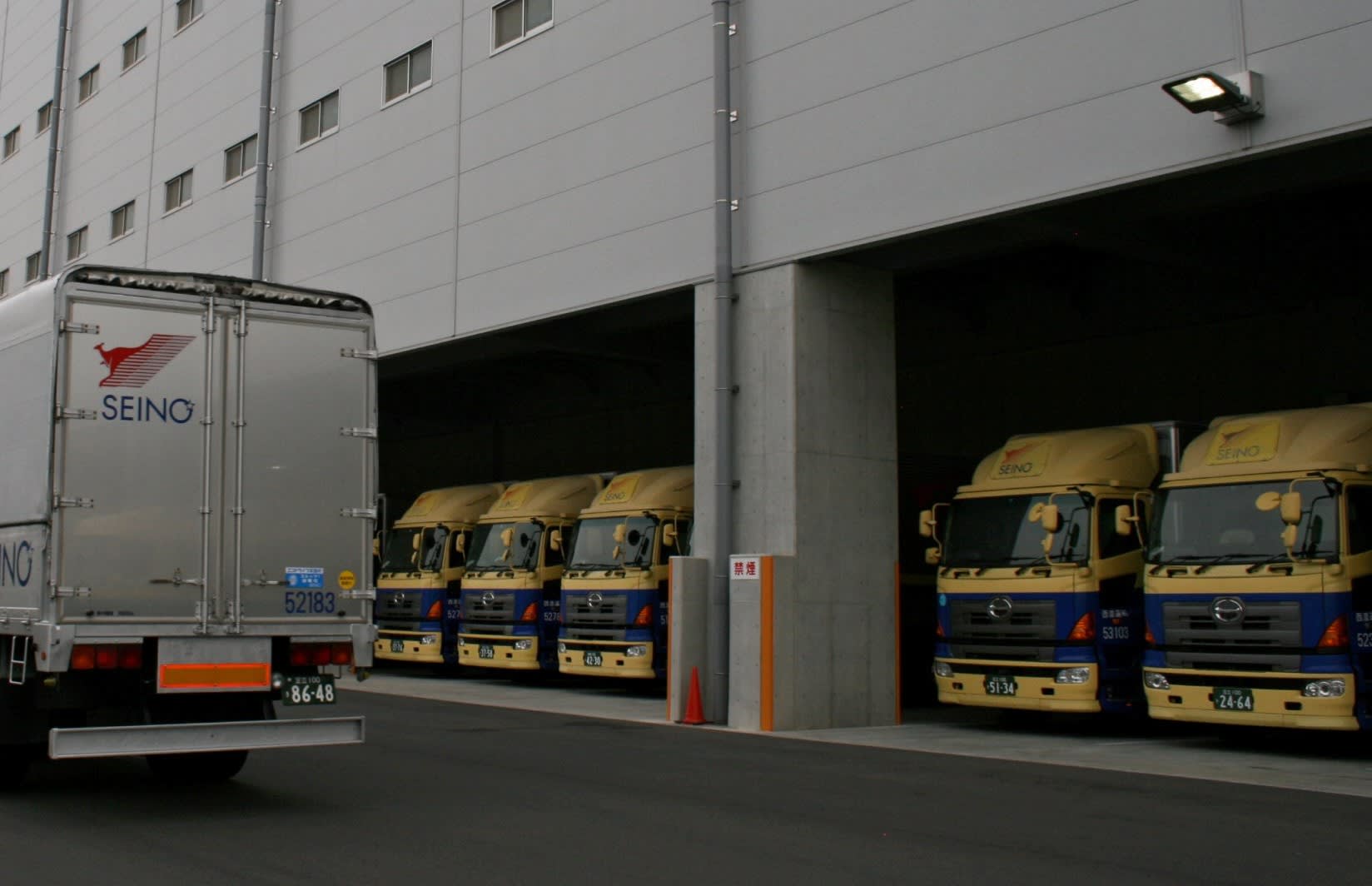 One night in early April, large trucks drove out of five Seino Transportation branches in Tokyo around 8:30 and headed to Osaka. They are part of a service that guarantees delivery between the heart of the capital and the Osaka region, including even its neighboring Nara Prefecture, by the next morning. They leave about half an hour before the Seino Holdings unit's regular trucks between the two regions.

Regional players Tonami Transportation, Daiichi Freight System and Kurume Transportation began joint shipments between Osaka and Tokyo in June 2015. By moving one another's cargo, "we boosted efficiency, including higher utilization rates for our trucks," a Tonami representative said. The company is a unit of Tonami Holdings.

Starting in August 2016, the trio also began moving cargo together between Tokyo and the western Kyushu region using 10-ton freight train containers. Kurume was facing a decrease in truckers willing to drive from Kyushu to Tokyo but said the new framework lets it move more cargo.

Logistics companies are offering new services amid market sluggishness. Consolidated truck shipments have topped out at around 63 million tons to 64 million tons in recent years, according to the Ministry of Land, Infrastructure, Transport and Tourism.

More manufacturers are moving abroad, while remaining clients are streamlining logistics operations through such means as merging transportation hubs. Many are also considering alternatives to consolidated truck shipments.

"Our clients requested that deliveries from us come in at around the same time," said a source at construction materials maker Aica Kogyo. Some logistics providers were also reluctant to move the company's bulky cargo. So it began consolidating shipments with certain partners from around three years ago, leading to a greater share of them arriving by a specified time.

Many logistics companies, including Nippon Express, Seino and Fukuyama Transporting, had raised rates more than 10% since 2014 on the labor shortage and high fuel prices. "Newer contracts tend to have cheaper suggested prices" because of the sluggish market, said a source at a major provider.

Shipping rates between Tokyo and Osaka now come to around 2,200 yen to 2,800 yen ($20 to $25) per 100kg -- almost 10% more than four years ago. "Higher rates are necessary for the business to continue," Fukuyama Transporting President Shigehiro Komaru said.

But the increases have not spread to all corners of the industry. "Rate hikes are about strategy," a source at a major logistics company said. "We'll be observing what our competitors are doing as we go forward."

"Players that can't operate nationwide networks may not only consider cooperation on shipments, but mergers and other restructuring efforts as well," said an official at Nittsu Research Institute and Consulting. These companies will likely have a harder time raising rates on consolidated shipments than on home deliveries.