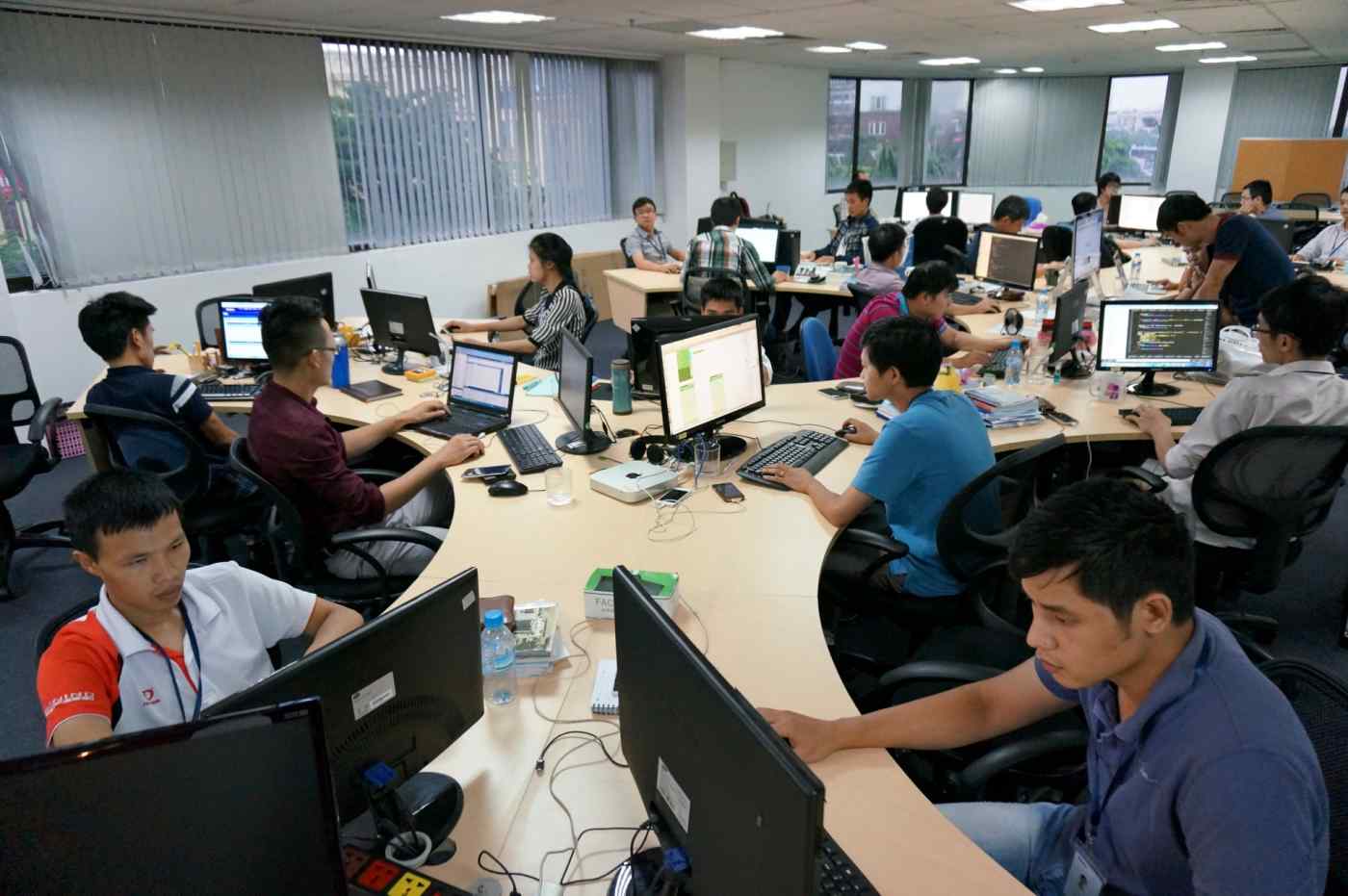 TOKYO -- Japanese companies are increasingly outsourcing development of software to Vietnamese engineers -- for everything from smartphone and tablet apps to software used in cars and medical equipment.

The trend reflects the Southeast Asian country's wealth of high-quality, hard-working, pro-Japanese engineers. They also happen to be 30% to 40% cheaper to employ than their Chinese counterparts.

Recruit Technologies farms out development of its web software to FPT Software, the biggest Vietnamese software house.  At its headquarters near Tokyo Station, employees gather in front of 50-inch TV screen for a meeting with FPT engineers in Da Nang, Vietnam's third-largest city, to discuss design questions. Recruit Technologies now has 110 FPT engineers working for it full time, with plans to increase that number to around 200 by the end of the year. 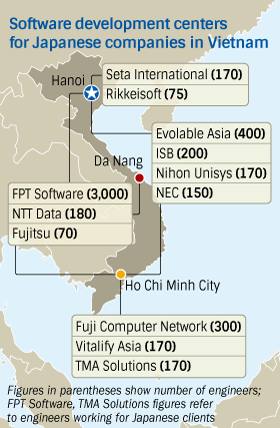 Used-car dealer Gulliver International uses a proprietary appraisal app at its 314 outlets around Japan. The software was developed for Apple's iPad by Seta International, a Japanese company with a research and development center in Vietnam. "We would like to farm out development of all business apps to Vietnam in the future," said Ho Chol, an executive officer at Gulliver.

The software connections between Japanese companies and Vietnam are wide-ranging. Hitachi Medical uses code written in Vietnam for most of its new medical devices, including computer tomography and magnetic resonance imaging machines.

For Japanese companies, the availability of inexpensive engineers is the biggest advantage to hiring in Vietnam. Labor costs per engineer are 200,000 yen ($1902) to 300,000 yen a month, about 20% to 40% what it would cost to hire someone in Japan to do the same job. Factoring in productivity, quality control and overhead, labor costs in Vietnam are 40% to 60% lower than in Japan and 30% to 40% less than in China.

Golf Digest Online, which operates a golf website, saves 200 million yen a year by outsourcing its software development to Vietnam, said Atsushi Muramatsu, a manager at the company.

China has long dominated software sourcing for Japanese companies, controlling about 80% of the market. But wages are rising sharply in China; costs in big cities are expected to approach those of smaller cities in Japan within a year or two, if productivity differences are taken into account. And these days, more Chinese companies quit projects halfway through, or demand higher fees. With a growing domestic market, Chinese companies "appreciate orders from Japan less," said an official at a Japanese information technology specialist.

Given their need to communicate frequently, Japanese companies prefer partners near their own time zone. Although companies in emerging Asian economies are ideal, people in India, a global center for the industry, are unenthusiastic about learning Japanese, as are English-speaking Filipinos.

Vietnamese engineers are attractive to Japanese companies for other reasons besides cost. They are generally willing to take on tedious work, and to learn skills that others might see as outdated, if that is what it takes to get the job done. "I was surprised to learn that some (Vietnamese engineers) understood mainframe operating systems." Masui said, recalling his visit to Vietnam. During a recent visit to FPT's head office in Hanoi at 8:30 a.m., 19 newly hired engineers were busy studying Japanese. They were taking a four-month course that runs until 5 p.m. every day. During their language training, the engineers are exempt from other work.

FPT has invested a lot in education in Vietnam, setting up a four-year university to teach IT and Japanese eight years ago. It now has 7,000 students. Classes are conducted in English, and students use online learning tools to hear presentations from companies and from overseas. Java and other practical programming skills are part of the curriculum. Students are also required to take 90-minute Japanese classes three days a week for a year.

Tuition at FPT University is not cheap, costing around six times as much as at a public university in Vietnam. To ensure it has access to qualified graduates, FPT offers scholarships to students who agree to join the company after they complete their studies.

Nguyen Duc Son, 27, who works at FPT's new office in Hoa Lac Hi-Tech Park on the outskirts of Hanoi, was one of FPT University's first alumni.  Managing a group of 20 engineers for Japanese clients, Son hopes, by the time he is 30, to make section chief, which would put him in charge of 70 employees. From there, he aims to become director of the division, overseeing a staff of 700.

FPT University pays for 50% to 100% of tuition for qualified students. Son had 70% of his fees covered. "I wouldn't have enrolled without the scholarship," Son said.