Nearly 1.3m businesses are in danger of folding -- including parts makers TOKYO -- Japanese automakers and major parts manufacturers are dealing with one headache after another.

"The chief of a supplier has grown old and is less motivated, leading to product quality problems," one industry insider lamented. Another complained of a different problem: "A small supplier for a top tier supplier went through a merger with little warning, undermining our efforts to hedge risk by ordering from multiple sources."

This is the new reality in rapidly aging Japan, where nearly 1.3 million small and midsize companies are thought to be in danger of going out of business in 2025. The precarious future of smaller suppliers is a big worry for the auto industry that depends on them. 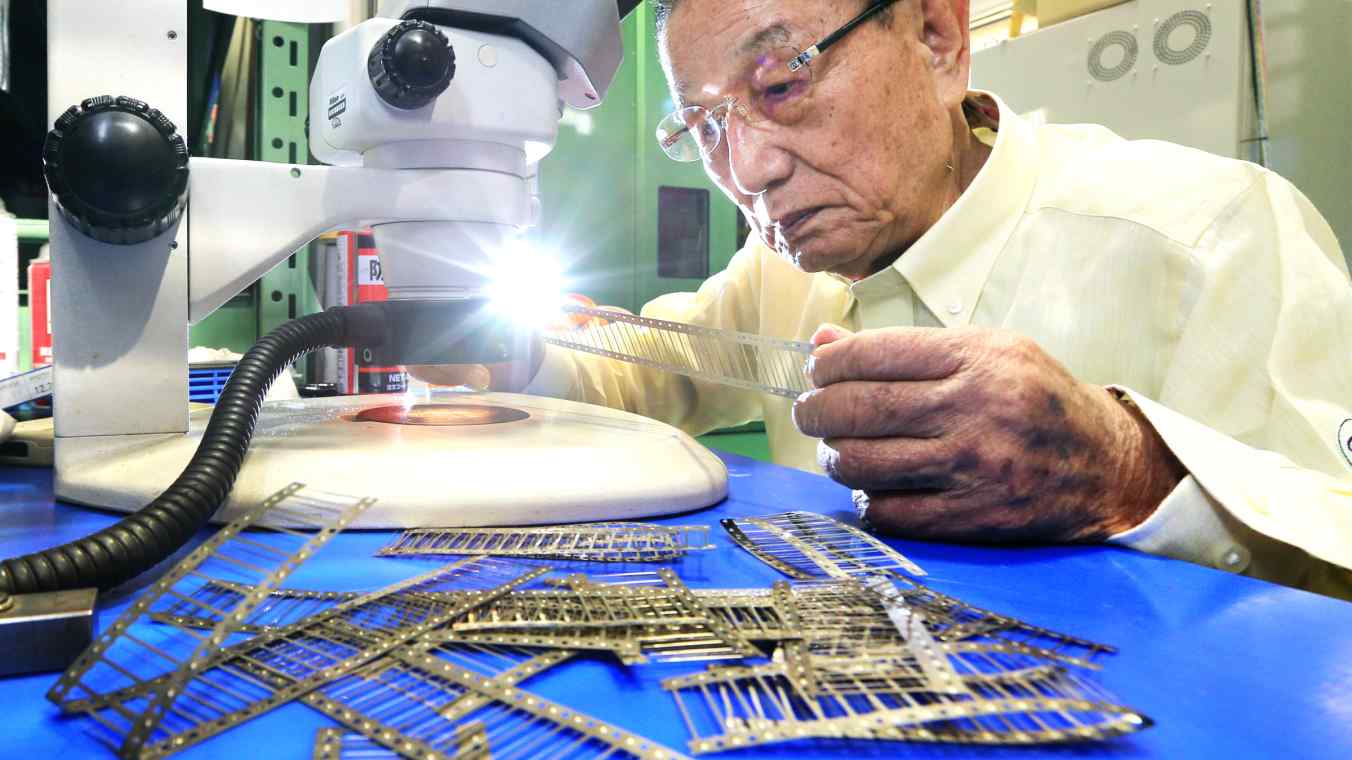 Looking at all small and midsize companies, the owners of more than 60% will be at least 70 years old in 2025. The Ministry of Economy, Trade and Industry estimates 1.27 million such proprietors have not yet found anyone to take the reins.

Half of all small and midsize companies that opt to fold are turning profits. Increasing closures of small and midsize businesses could rob Japan of 6.5 million jobs and 22 trillion yen ($193 billion) worth of gross domestic product by 2025. Still, not all companies have a sense of urgency. A survey conducted in October by Teikoku Databank found that just 13.6% of about 10,000 companies saw business succession as a top priority.

When it comes to the auto industry, "Many of the parts makers founded in the 1960s and 1970s, the period of rapid growth for the [domestic] automobile industry, are approaching the time to hand over the businesses to the younger generation," said Tadashi Nishioka, a professor at the University of Hyogo in western Japan.

"This is a serious problem."

For one former president of a component manufacturer, the succession solution was to slide under another company's umbrella.

The original company -- located in the Chubu region that encompasses Nagoya, the country's auto industry heartland -- had about 100 employees. But the president felt it was too reliant on his leadership. "I handled many different tasks by myself, so if I had fallen sick, there would have been serious trouble," he recalled.

The former president is now in his 70s, and when asked why he made the move in 2016, he offered a halting explanation.

About three years ago, he began to search for a successor, but his relatives refused. He did not think anyone within the company was suitable.

"I thought of asking a client company to send a successor, but I feared that it might hurt our relationships with other companies," he said.

Finally, he turned to a company that brokers mergers and acquisitions. After slightly over a year of negotiations, an acquisition by a nearby parts maker was arranged.

Often, companies have a vague notion that succession is an issue, but they are too preoccupied with day-to-day work to deal with it. Many might be counting on clients to lend a hand when necessary. But more could be done to safeguard the domestic production base -- by the policymakers and companies alike.

Tax support, such as exemptions from inheritance and other levies on transfers of unlisted shares, would make it easier to pass on businesses to relatives. "I have transferred the company's shares to my son, step by step, while considering the gift tax, but now this is difficult because the steady growth of domestic operations has ceased," the head of one midsize parts maker said.

If family succession is not an option, mergers and acquisitions can be a solution, but parts suppliers must contend with unique challenges.

"Parts makers, particularly small ones, purchase materials from small numbers of regular suppliers and sell products to only a few, regular clients, and it is difficult for them to find companies to acquire them," noted Tsuneo Watanabe, an executive officer at Nihon M&A Center.

A bigger network of matchmakers might help. Smaller companies tend to use the consulting services of regional banks or local shinkin credit associations. But these institutions' clients tend to be located in specific areas, limiting their ability to search for M&A partners.

What is needed is a framework that allows brokers and financial institutions to exchange information, enabling appropriate matching.

Many parts manufacturers are reluctant to be taken over by their longtime rivals. This calls for a wider range of potential acquirers.

Trading companies could be one example. General trader Toyota Tsusho has started looking into acquiring companies in Aichi Prefecture, which includes Nagoya, and elsewhere. "Trading companies like us do have roles to play," President and CEO Jun Karube said.

While some companies with declining competitiveness will inevitably go out of business, it would be a grave loss if parts suppliers with unique strengths disappear due to an inability to find successors. Japanese automakers often stress they will protect domestic production no matter what, and pledge to build up Japan's manufacturing base anew. But such promises may prove empty if the industry does not face up to the succession question.