TOKYO -- A new batch of Japanese farmers wants to make the country famous for caviar.

These farmers are raising sturgeons -- one of the oldest families of fish on the planet and among the world's most threatened group of animals. Sturgeons native to the Caspian Sea are especially prized for their roe and are thus among the world's most valuable natural resources.

This might explain their endangered status and why some Japanese companies are now farming sturgeons. Choshu Industry, a Yamaguchi Prefecture-based company that builds solar power generation facilities, began sturgeon farming a year ago. The company's aquafarm near the Kanmon Strait in Shimonoseki now has 400 black sturgeons and plans to start selling caviar next spring.

It expects to add 1,000 young sturgeons every year.

Since sturgeons have a kidney, their flesh does not smell of ammonia. Chinese and Europeans like sturgeons for the high quality of their fillets and roe.

Researchers around the world are now experimenting with sturgeon farming. In Japan, these efforts are presenting various opportunities.

Japan Caviar, based in Miyazaki Prefecture, on the southern main island of Kyushu, began looking into sturgeon farming in 1983. It released its first caviar products in 2013.

Miyazaki Caviar 1983 Premium is priced at 12,000 yen ($105) per 20 grams. Japanese caviar gets its edge from its freshness; imported caviar can be pasteurized to ensure shelf life. 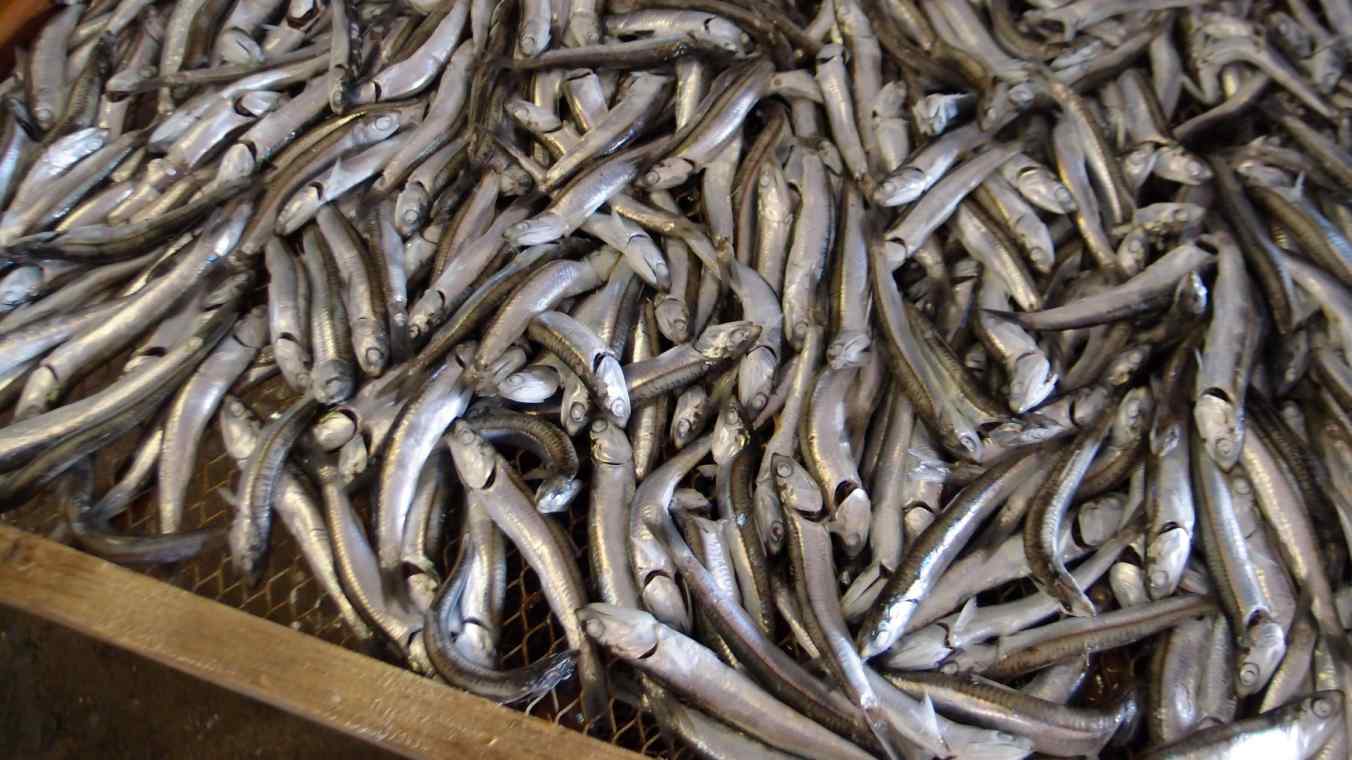 Waiter, there's a sardine in my sake

Miyazaki Caviar, aged in rock salt, has a pure taste and is increasingly on offer at upscale French restaurants and department stores in Japan, according to a company representative. This year, Japan Caviar expects production to more than double from a year earlier to about 500kg.

In May, the company began exporting its caviar to Hong Kong and is now strategizing on how to export to China and Southeast Asia.

MS Farm, which took over the business, sells caviar via the internet and to local souvenir shops.

In Hokkaido, the town of Bifuka is pinning its tourism and revitalization hopes on sturgeon. It has a sturgeon aquarium that attracts about 10,000 visitors a year.

Bifuka has looked into sturgeon farming methods with the support of Hokkaido University. "We want to make sturgeon farming a source of revenue," said Tetsuya Konno, a town official. The project in 2009 rang up an artificial incubation success and is now growing 4,000 sturgeons.

Bifuka is building a large farming facility and plans to increase the number of sturgeons by 5,000 every year.

"We want to join hands with local restaurants to make Bifuka a place to eat, see and enjoy these fish," Konno said.

Kazuyoshi Fujimoto is president of Hiroshima Chozame, which farms sturgeons, makes caviar and operates a restaurant. The eatery serves fatty and crunchy 18-month-old sturgeon fillets with green tea and sashimi -- a set that on weekends attracts lines of locals and tourists alike.