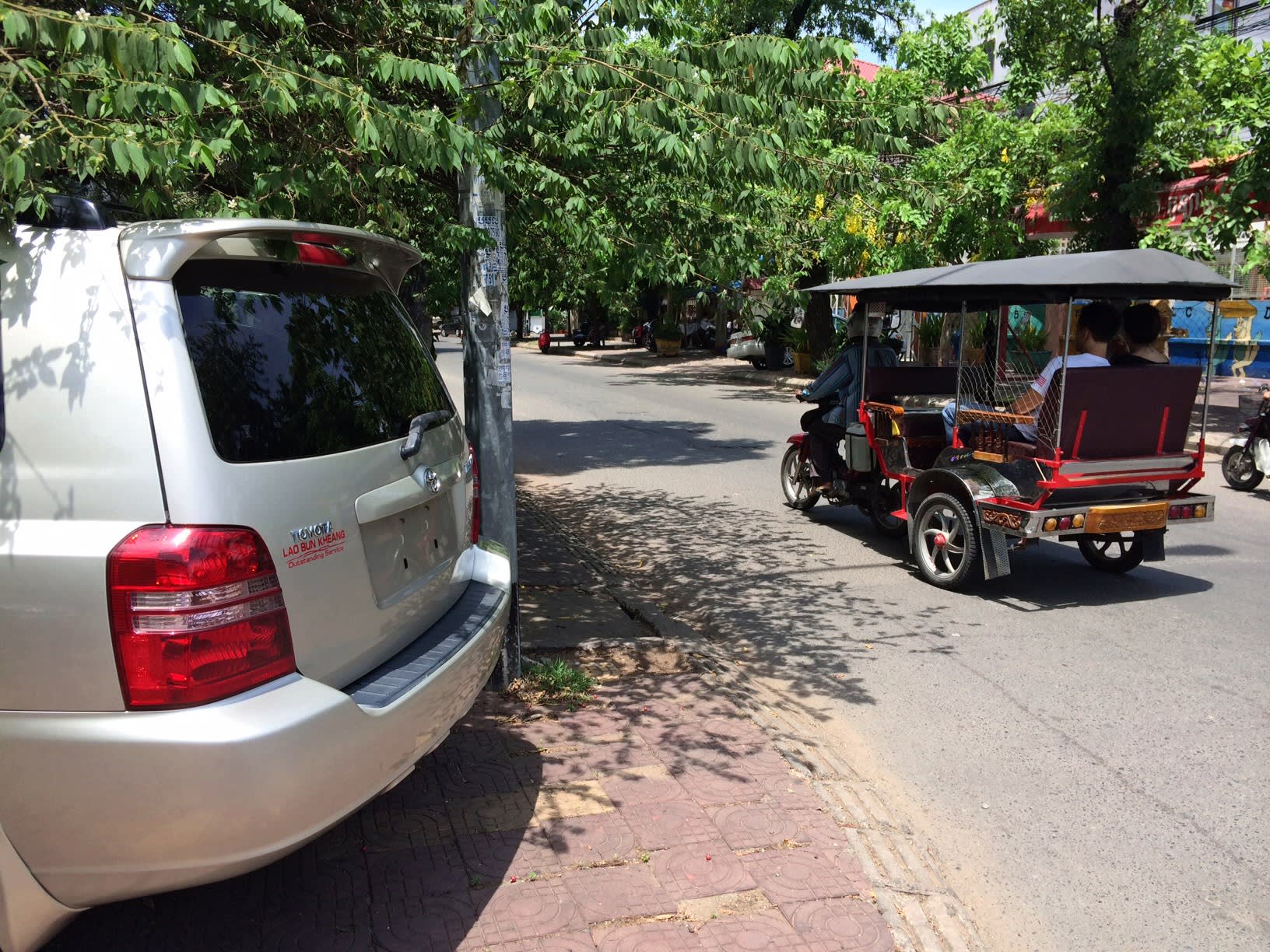 TOKYO -- Visitors to Cambodia are often struck by how time seems to move slowly. A blue sky and the breeze from a three-wheeled tuk-tuk taxi offer an exotic twist on the daily commute.

But amid the "lost world" charm, change is afoot in Cambodia -- especially in Phnom Penh, the capital, calling for a rethink of Japan's economic ties with the landlocked Southeast Asian country.

Japan's investment in Cambodia has long focused on aid. Tokyo has financed the construction of bridges and other infrastructure with official development assistance. At the grass-roots level, there are many volunteer efforts, with Japanese college students providing much of the muscle. But while these activities remain important, "Cambodia is moving into a different stage of development, which should be supported not through aid but through partnerships between companies," according to one Japanese company official in the country.

Signs of rising affluence are everywhere. On Phnom Penh's many unpaved roads, Mercedes-Benz, Lexus and other luxury makes are an increasingly common sight. "Driving a Porsche is the latest trend," a bystander remarks. Many cars lack license plates. Issuance cannot keep up with the number of new cars on the streets.

Kiriya Cafe, a high-end coffee shop chain, is building up a local clientele. Considering the typical meal in Cambodia goes for about $2, the $3 to $5 Kiriya charges for a coffee qualifies it as high-end. "When we opened two years ago, foreigners were the main customers, but today many local people are stopping by," says a store official.

Cambodia's per-capita gross domestic product topped $1,000 in 2013. Its population of less than 15 million has long limited its appeal as a consumer market, and there is a wide gap between the rich and poor. Still, with GDP growing at an annual pace of about 7% in recent years, consumption is rising briskly, along with the middle class.

Chinese and South Korean companies have been among the first foreign investors to spot this trend and cash in. The Phnom Penh Central Market, the largest retail facility in the country, is lined with shops sporting the Samsung logo. Chinese and South Korean companies are branching out into Cambodia's real estate sector, investing heavily in commercial complexes and offices.

China is Cambodia's largest foreign investor. From 1994 to 2013, China poured some 1 trillion yen ($9.75 billion) into the country. South Korea is No. 2, with investments totaling 550 billion yen over the same period. Japan, at 70 billion yen, lags far behind.

But Japanese companies appear to be waking up to Cambodia's potential. Retailer Aeon is scheduled to open a shopping center in Phnom Penh in late June. With local consumption gaining steam, the Chinese and South Korean companies doing business in the country will be facing new competition.