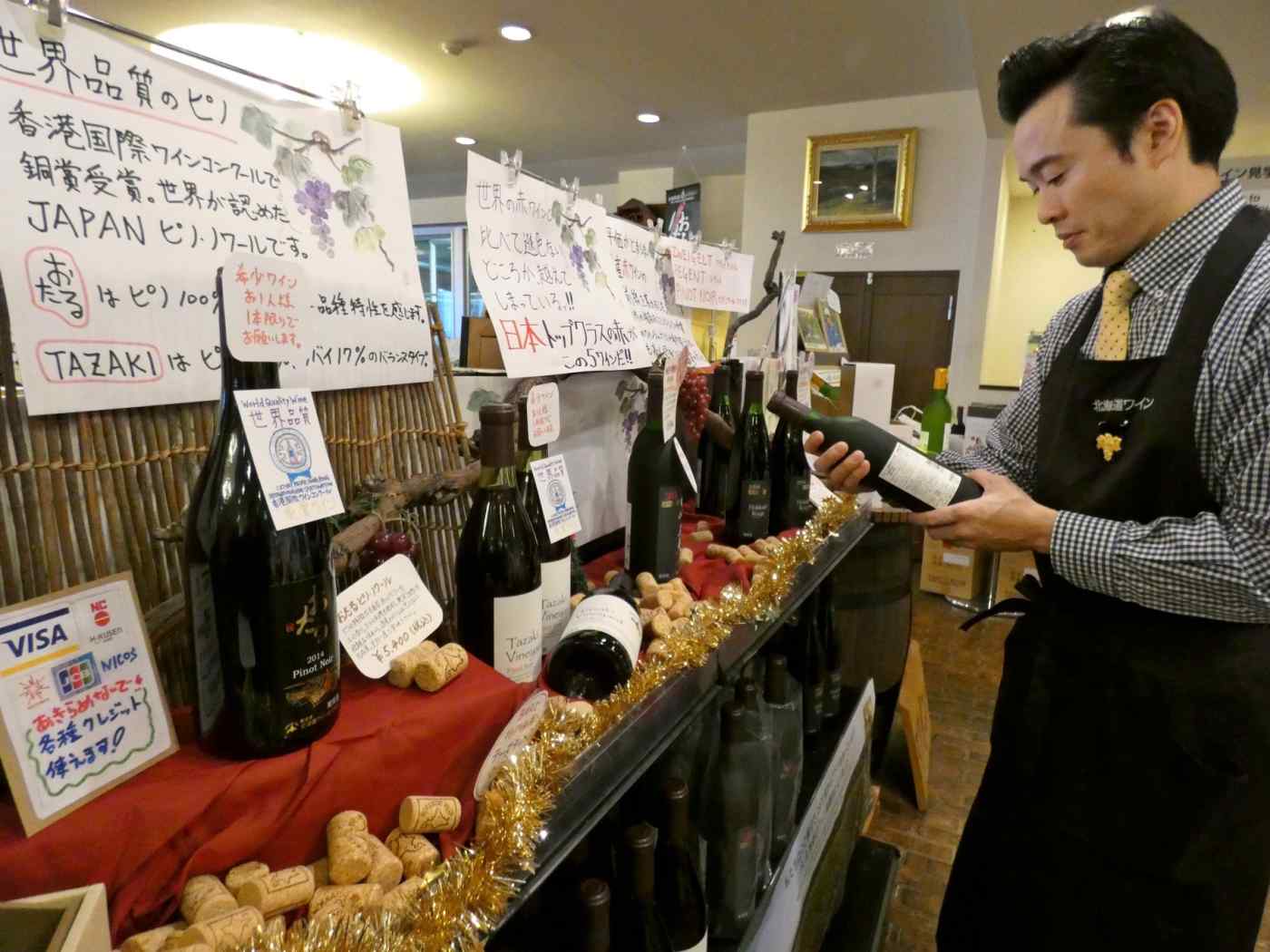 TOKYO -- Parts of Japan are warming to the effects of climate change, with farmers on the country's northernmost island of Hokkaido now able to grow the popular Pinot Noir grape thanks to rising temperatures.

According to the Ministry of Agriculture, Forestry and Fisheries, the total area of Pinot Noir vineyards on the island totaled 23.2 hectares in 2014, nearly fourfold the area of five years ago. Meanwhile, the prefectural government said that the number of wineries in the year jumped 70% over the same period to 35.

In mid-November, Hideki Kikuchi's 24-hectare farm in the central Hokkaido town of Memuro was bursting with 500 Pinot Noir grapevines. Kikuchi, who has grown Chinese yam, burdock and other vegetables, began cultivating the wine grape in 2015.

In the past, the 52-year-old farmer had stuck by Japanese grape varieties, which were better suited to Hokkaido's cold climate than the more temperate-loving Pinot Noir. Noting the rise in temperatures, he tried his first Pinot Noir seedlings in May this year because he wanted to "grow a popular variety that has rich flavors," he recalled. Taking it a step further, he plans to build a winery with other farmers in Memuro as early as 2019 to attract tourists with his own wines made from Pinot Noir.

According to Tomoyoshi Hirota, head of the cold-region climate change group at the Sapporo-based National Agriculture and Food Research Organization, or NARO, the ideal April-October temperature for cultivating Pinot Noir averages 14-16 C.

Because temperatures were usually below this until recently, farmers had little luck growing the grape. But since the latter half of the 1990s, average temperatures from spring to fall in some regions have begun hitting the 14 C mark due to global warming, making for stable grape production.

Between 2010 and 2015, Memuro recorded an average temperature of 14 C or higher on three occasions, compared to the preceding six-year period during which the average was surpassed only once. Japanese vintners have to satisfy a persnickety lot

Vintners have high hopes for their grapes

As Pinot Noir begins to flourish, people are beginning to take note of the region's wine. Hokkaido Wine, which uses Pinot Noir varietals grown in the town of Yoichi on the island's west coast, was awarded a gold medal for its rose at the Cathay Pacific Hong Kong International Wine & Spirit Competition on Nov. 9.

Koji Saito, who has been growing the company's grapes for about 25 years, said that in the past, the region's cold prevented Pinot Noir grapes from changing to the desired color. Warmer temperatures have changed all that, he explained.

French winery Domaine de Montille has also recognized the region's potential. The 300-year old winery from Bourgogne established a Japan unit in August, acquiring a 7-hectare plot of land in the city of Hakodate, Hokkaido. It will start planting grapes in spring 2019.

According to the winery, one of the factors that attracted it to Hokkaido was the colder climate, which helps control pest insect levels and hence facilitates pesticide-free production.

While climate change has caused an increase in the kinds of fruit trees that can be grown in Hokkaido, warmer weather may spell trouble for growers further south.

According to a NARO forecast, Hokkaido's temperatures will allow apples to be grown by the 2060s, but agricultural production further south will be adversely affected, spelling danger to the country's popular mikan, a type of orange that requires an annual average temperature of 15-18 C. 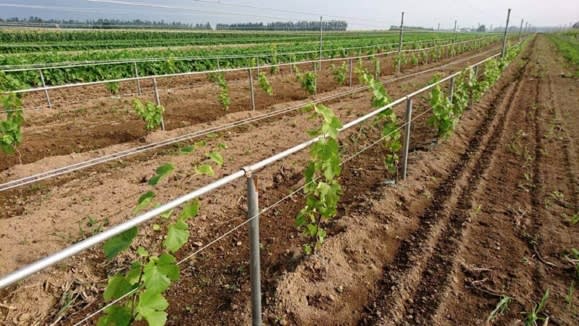 Some growers have already experienced the negative effects of climate change, including poor coloring on apples, as well as improper spacing between the pulp of oranges and their skin, which can hasten rot and ruin flavor.

However, Toshihiko Sugiura, who leads NARO's orchard unit, thinks one solution is for farmers to learn how to "adapt to global warming by improving varieties and implementing [new] cultivation technologies."

He added that "while taking advantage of the benefits of global warming, it is important for farmers, local governments and Japan's agriculture cooperatives in the regions prone to negative impacts to work together and address issues as soon as possible."