Aeon, Rakuten among those offering promotions to spur spending 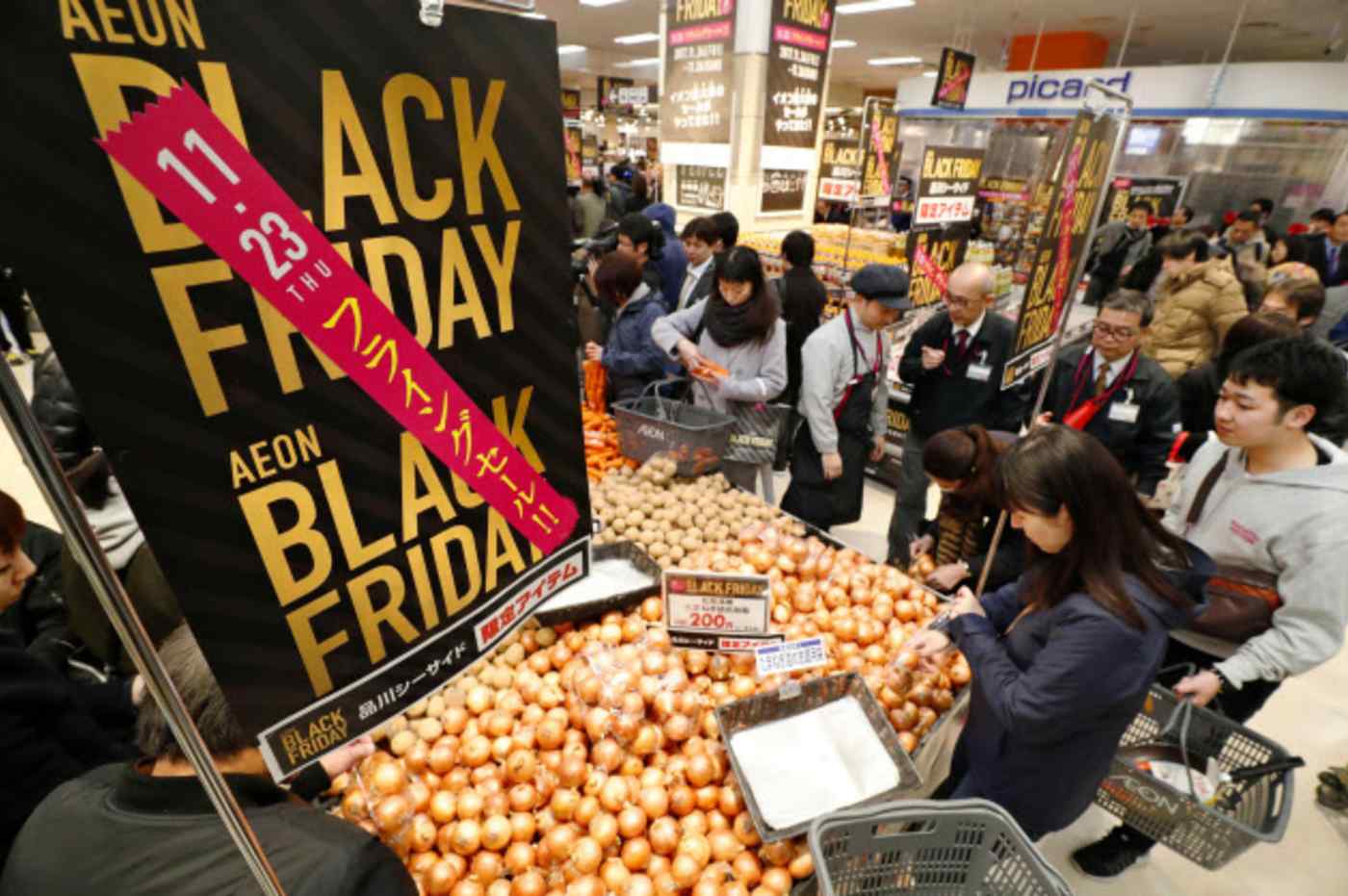 TOKYO -- Black Friday sales campaigns are gradually taking root in Japan, with retail giants Aeon and Rakuten offering various promotions to lift revenue during the lull ahead of the nation's traditional year-end sales season in December.

Aeon debuted Black Friday promotions in 2016, similar to those long seen in the U.S., and the retailer enjoyed a roughly 20% sales increase on the year for that period. This year's campaign begins Thursday, one day early, to coincide with a Japanese holiday. Promotions run through Sunday, with 50% off select apparel like men's suits. Discounts on other limited items will be available as well.

Rakuten will offer shoppers up to 36 times the usual reward points for a 72-hour period starting at 10 a.m. Friday. The e-commerce titan's virtual mall will carry daily promotions on high-value and black-themed items, such as a black rice cooker from appliance startup Balmuda and fresh-caught blackthroat sea perch.

U.S. apparel company Gap will run its Japanese campaign Wednesday through Sunday. Prices for Gap-label items and products under sister brand Banana Republic will be up to 50% off. Swedish company Hennes & Mauritz will repeat its Black Friday campaign introduced last year, offering select items for up to 70% off through Sunday.

American retailers conduct annual Black Friday campaigns after the Thanksgiving holiday on the fourth Thursday of November. The event marks the day when store earnings traditionally turn to the black, and it represents the start of the U.S. year-end sales season.