The leading organization for Japanese startups, the Japan Association of New Economy, headed by Hiroshi Mikitani, founder of e-commerce giant Rakuten, attracted about 3,000 hopeful entrepreneurs to its pitch event in 2015. Gatherings such as this and Slush Asia are helping to power growth in female-led startups, along with the G1 Summit, a private sector leadership forum, and government-backed organizations such as the Women's Entrepreneur Center at the Development Bank of Japan.

Crowdsourcing, which began in Japan initially as a fund-raising channel among charities, has also become a major source of financing for female-led business startups. The trend follows a change in the law last year, which has enabled them to sidestep the many barriers to raising loans from banks.

According to a 2015 report by the Japan Finance Corporation, a government-owned financial institution, there has been a slow but steady increase in female-led entrepreneurial startups since 1991, from 12.4% to 17% of the annual total.

Male-led startups continue to dominate, with 83% of the total, but William Saito, a venture capitalist, entrepreneur and adviser to the Japanese government, said he sees evidence that female-led startups are accelerating faster than the official figures suggest. 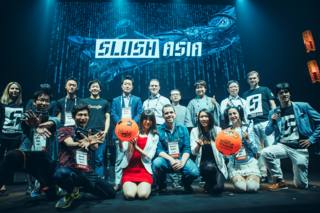 "The business investment plans I'm seeing in Japan have a higher number of women presenting than one would expect, about 30% to 40%. Japan definitely bucks the trend in this area," he said. "Women see [the difficulty of] upward mobility in traditional companies [as] limiting so they're more willing to try entrepreneurship." Saito added: "More than men, they tend to go overseas to start businesses because of the inflexibility of Japanese companies."

Flexibility, opportunity and courage led Eriko Sekiya to move from Tokyo to the San Francisco area in 2015. She is among an elite few highly-educated Japanese women making their mark in Silicon Valley, where she is now an investor and adviser on technology investment opportunities.

"Startups seeking VC [venture capital] funding are still rare for Japanese people in general," Sekiya said, noting that VC investors typically aim for an eventual exit through an initial public offering or a buyout. For Japanese women, she said, it was especially unusual to seek venture capital funding because few were aware of the possibility. "Entrepreneurial education and more real-life startup cases would help in raising awareness," she added.

Women seeking investors at the startup stage need to know the numbers relating to their businesses, speak the language the investors speak, and not be shy in reaching out for support, including mentors, lawyers and accountants, Sekiya said.

"You start with what the problem is and what the solution could be and then explain the numbers you've been crunching." Following this with a story about the positive effects of your product or service on a person or group will make a strong impression, she added. "It shows how much you're attuned to your customer base."

The power of compelling stories worked its magic at Slush Asia. Sixty startups were selected for pitches to venture capitalists from a pool of more than 110 applicants from 15 countries. Three of the five finalists were women. The top winners, both this year and at last year's inaugural Slush Asia conference, held in Tokyo, were women from Taiwan.

"I'm personally very happy about that," said Antti Sonninen, Slush Asia's Finnish co-founder and CEO. "I'm not a big fan of gender-based events. I think if we want to empower women, as well as minorities and young people, it's best to mix them up with everyone else, and then just let them shine." Sonninen, 32, co-founded Slush in Helsinki in 2014. For Slush Asia, he partnered with Japanese entrepreneur and venture capitalist Taizo Son. Both events remain student-run and nonprofit making, with English the lingua franca. All pitches are made to judges and the audience. Competition is steep.

"Her presentation was very clear," said Sonninen. "It was easy to understand what they're offering. It seemed they could provide clear value to the target customer and execute what they were offering. It also seemed like something not many people have figured out yet."

"I'm one-quarter Japanese, so I'm very attracted to Japan," said Xie. "But it seems much more difficult for Japanese women to start up a company here than in Taiwan because they're expected to get married and remain at home. Taiwanese women can start a company anytime." She credits this difference in part to Taiwan's history, which reflects Dutch, Chinese and Japanese influences. "Taiwan and China are copying the experience of Silicon Valley, so we're pretty open minded."

Xie recommended that women in Asia who are interested in startups focus on technology. "As women, we stand out, which can be an advantage," she said. "We're also very good at communicating."

Saito agreed that women have a communications and empathy advantage. He said female-led startups in Japan were well suited for a fast growing and potentially huge business market -- caring for the elderly in Japan's increasingly aged society. "Japan's and Asia's aging issue is [a] differential that sets it apart [from Silicon Valley]."

"It's one of Japan's largest exports that's forcing people here to innovate," he said, citing wearable lightweight battery technology. Examples include batteries for equipment worn to aid or track movement. "I don't recommend Japanese startups go to Silicon Valley, the big leagues," he said. "It's better to first start off in Asia as a bigger fish in a slightly larger pond."

Successful business startups, however, are a rare breed in Japan, as in many places. There are quasi-government programs and central government funds outsourced to non-profit groups that support certain startup ventures, said Saito. But, he noted, "Japan does not have the equivalent of an SBIR [Small Business Innovation Research] program, where the U.S. government will guarantee a loan to a venture. I've been proposing an idea like that for a long time."

Saito added: "I want to create a healthy environment for innovation in Japan, not based on government handouts, with a shift to more of a competitive, capitalistic and natural global landscape in terms of funding."

Crowdfunding appears to be answering that call. The online funding concept was developed in Japan, primarily as a way to raise money for charitable causes, and the Japanese government amended the law in 2015 to allow new ventures to raise capital in the same way. The move has opened a floodgate of opportunity for women keen to start small businesses, especially those in their 30s and 40s with children in school and no opportunity to return to the workplace.

Investing in companies led by women through crowdsourcing platforms is a smart risk, according to a report by Ventureneer, a digital and market research company. Not only do female entrepreneurs make realistic projections, they are more likely to meet their goals and are more open about mistakes, the report says.

While fear of failure still reigns in Japan, women are learning that it is integral to entrepreneurship. "Failure can lead you to different discoveries," said Sekiya. "It's not really failure, per se; it's gaining experience."