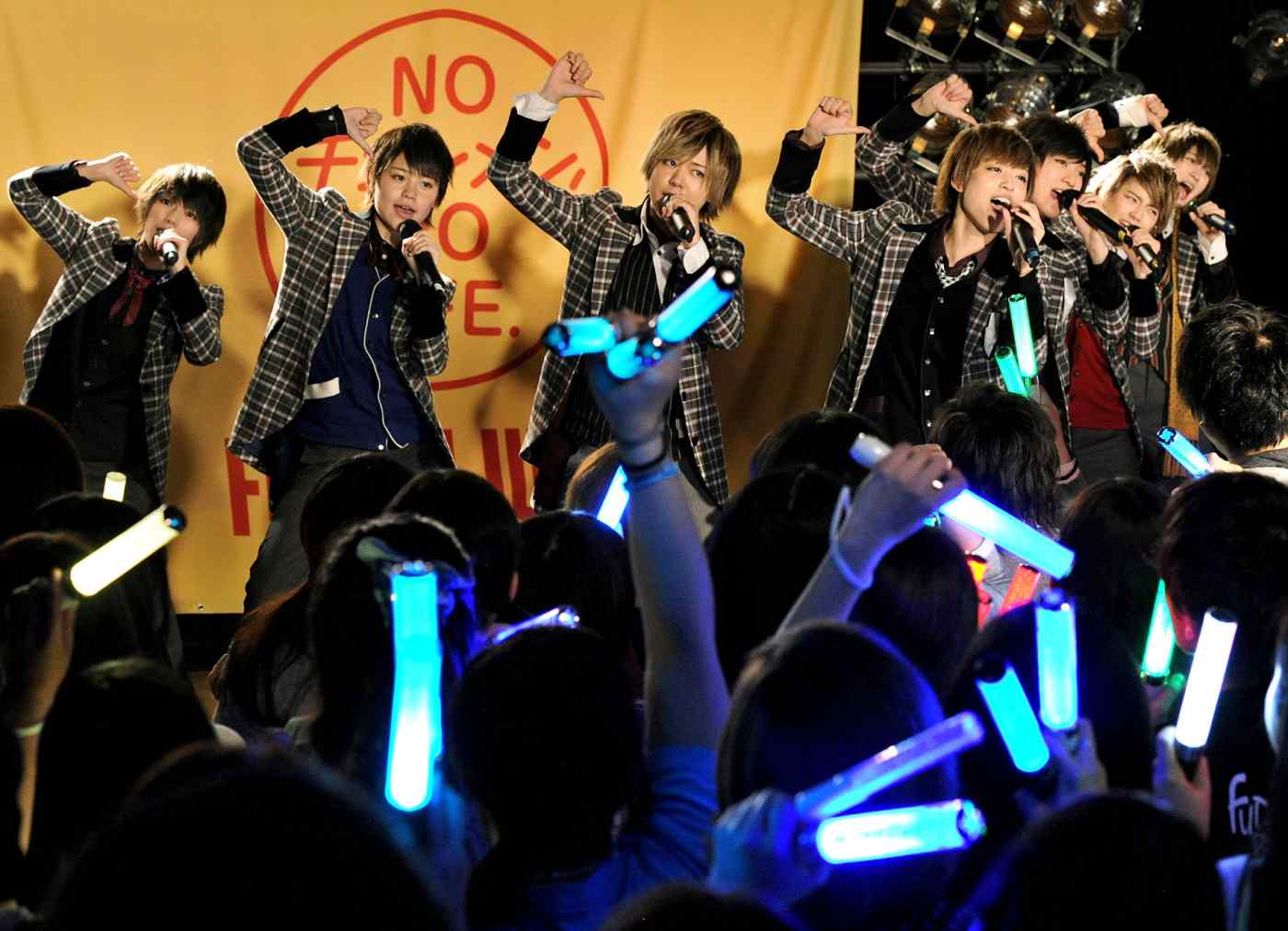 TOKYO -- Wearing the latest get up and sporting trendy hairdos, a group performing on stage looks just like another boy band -- but no, they are women dressed as young men. And they are popular, with many adoring female fans. The group are part of a growing trend known in Japan as danso, meaning women dressed as men.

"Let me say it straight -- I love you!" Female fans scream in response to sugarcoated messages sent from the stage by danso idol group Fudanjuku. Fans packed a small show in Tower Records in Tokyo's Shibuya district in late March. The event, a CD launch promotion for the group.