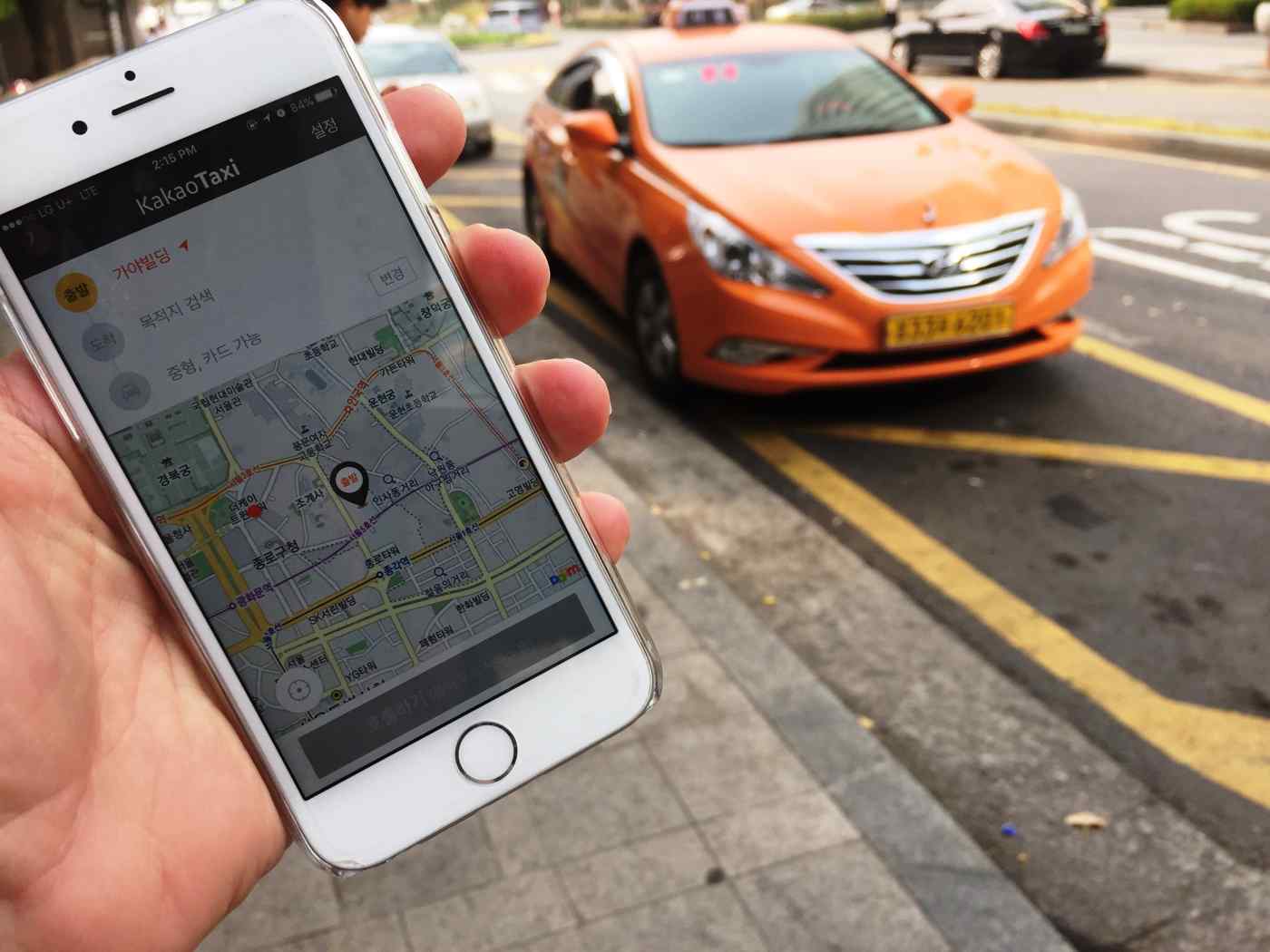 SEOUL -- Less than a month after Uber, the smartphone-based transportation company, shut down its flagship UberX service in South Korea, a local alternative was up and running.

The company says KakaoTaxi is handling 500,000 ride requests a day and that of some 270,000 South Korean taxi drivers, 150,000 have signed up to accept passengers through the app.

"It's on an upward trajectory," spokeswoman Sonia Im said.

Analysts at brokerage KDB Daewoo Securities, which rates Kakao a "buy," said in a recent report that the service already "has changed the way taxi services are provided and used," with users and drivers embracing it as a convenience.

Now Kakao is expanding its dispatch business. KakaoTaxi Black, a luxury chauffeur service, is to launch in the coming days, pending final approval by regulators in Seoul. It will deploy trained drivers in unmarked BMW and Mercedes Benz sedans.

Also under consideration is a service to send drivers to passengers who have been out drinking and then drive them home in their own vehicles; specialized companies have done well providing this service in hard-drinking South Korea. Some observers say Kakao is also looking at express package delivery, something U.S.-based Uber has also ventured into.

Diversification is vital for Kakao as the company, founded by former Samsung SDS engineer Brian Kim Beom-su, has tapped out the domestic market for its messaging service. Already some 95% of South Korean smartphone users trade messages with KakaoTalk, but the company has had limited success promoting the app overseas. Of 48 million monthly active KakaoTalk users, 81% are in South Korea.

While KakaoTalk itself is free to download and use, the company turned the messaging service into a moneymaker by adding a platform for micropayments, charging users for games, coupons, emojis and other items.

In October 2014, Kakao merged with Daum Communications, which runs South Korea's No. 2 Web portal. The combined company generated net income of 21.4 billion won ($18.7 million) on total revenue of 226.5 billion won in the second quarter of 2015.

The company is now examining 30 business fields in South Korea where it sees potential to connect online customers with offline services, as KakaoTaxi does. It has partnered with brokerage Korea Investment Holdings and KB Kookmin Bank to bid for the right to establish South Korea's first online-only bank against two rival consortia; government officials have indicated they will select one or two winning bids by the end of the year.

Meanwhile, Kakao's games business is making a modest push into China, with the launch of its first online game there in August. In May, Kakao acquired Silicon Valley social networking service platform Path, which is popular with better-off Indonesians.

"It has 10 million users in Indonesia and is seeing rapid growth," Im said. "One of the biggest factors in acquiring Path was that a great majority of users are iPhone users, and that means a lot."

It's all about traffic

Back in South Korea, KakaoTaxi is not yet generating revenue. Im said drivers have flocked to the service as a free, convenient alternative to call center dispatchers. "Drivers would not have joined KakaoTaxi if they had liked the existing system," she said.

KakaoTaxi users pay taxi drivers directly, but conceivably the company could make use of its online payments system if drivers were agreeable.

"We are open to having KakaoTaxi staying as a platform without a revenue model for the time being," Im said, noting how KakaoTalk only gradually added its profit-generating features. "Our experience gives us some comfort with it being as it is. We know what brings traffic, and once you have traffic, it goes somewhere."

Lee Chang-young, an analyst with Yuanta Securities, credits KakaoTaxi's quick emergence to KakaoTalk's near universality on smartphones in South Korea. "This increased the service's credibility and led to its widespread adoption," he wrote in a recent report.

"We believe this [approach] can be applied to diverse business areas where small-business owners target multiple customers," he said. He raised his target price for Kakao shares, based on his appraisal of the value of the company's platform for providing online-to-offline services like KakaoTaxi.

South Korean taxi drivers, like many of their peers elsewhere, were openly hostile to the UberX service, which uses plainclothes drivers operating their own private cars. Protests and strikes followed, leading to a vicious proxy war in the local media. This ended with Seoul prosecutors charging Uber's chief executive, Travis Kalanick, and others with illegally operating or facilitating an unlicensed transport service. Summonses have been issued to Kalanick and Uber Korea executives, but no court date has been set.

As the crackdown proceeded, Seoul officials talked of launching an official city taxi dispatch app and a luxury chauffeur service. This chatter has faded with KakaoTaxi's takeoff.

Uber, though, continues to operate its own taxi dispatch and luxury chauffeur services in South Korea, UberTaxi and UberBlack. Country manager Calvin Kang hinted the company is still looking for a way to revive UberX in South Korea, saying he was "enthused by the new forward-thinking regulatory approach" authorities have taken with regard to KakaoTaxi Black.

"Uber uses but doesn't own the word black," he said when asked about the similar names of the two companies' chauffeur services.

Some residents grouse that KakaoTaxi does not address the persistent problem of taxi drivers rejecting fares to inconvenient destinations. Said Tom Coyner, author of "Mastering Business in Korea," "There's no lobby group for taxi passengers."

Im acknowledged the problem. "Taxi apps are not for people who could never get a taxi, because taxi drivers don't change," she said. "But we want to eliminate this problem. We are brainstorming this."