TOKYO -- Japanese makers are ramping up production of materials used to make lithium-ion batteries, positioning themselves to capitalize on the expected growth of the market for electric cars and other eco-efficient vehicles. Betting that demand for large-sized lithium-ion batteries will keep surging in the coming years, Japanese makers of high-performance materials used in these devices are expanding their production capacity.

Sumitomo Osaka Cement plans to double the capacity of its plant in Vietnam in 2017, while Central Glass is installing new facilities for mass production of battery materials in China ahead of schedule.

The global market for Li-ion batteries will grow to be worth 1.2 trillion yen ($10 billion) in 2019, up 50% from 2014, according to one estimate. Increased production will lower manufacturing costs, thereby further stoking sales growth of electric vehicles and creating a virtuous cycle for the green car market.

Japanese makers have competitive technology to manufacture high-performance materials used to boost the safety and efficiency of Li-ion batteries.

Large Li-ion batteries used for electric vehicles and plug-in hybrids are required to be highly safe and reliable as well as efficient.

Sumitomo Osaka Cement, for instance, will raise its annual production capacity for anode materials, which account for 40% of overall sales of Li-ion battery materials, to 2,000 tons in February 2017. The company will spend 1.7 billion yen to build a new line in its plant in Vietnam.

The company's anode materials have a reputation for superior safety and durability because of sturdy crystal structures.

Its positive-electrode materials have been used mainly in storage batteries for household use. But the company's sales to carmakers have been growing as the high fire-resistant quality of its products has come to be recognized widely, according to the company. Currently, all products manufactured at the maker's Vietnam plant are exported to Japan. But the company is hoping that the Trans-Pacific Partnership trade agreement, when it comes into force, will make it easier to export products from Vietnam to such markets as the U.S. and Canada, where demand for electric car batteries will grow fast.

Global sales of materials used in Li-ion batteries will increase to 1.21 trillion yen in 2019, according to a forecast by Fuji Keizai, a Tokyo-based market research company.

Production of electric vehicles is also on the rise in China, while demand for fuel-efficient vehicles in the U.S. and Europe is expected to grow due to tighter environmental regulations to be introduced in these regions.

Sumitomo Osaka Cement's anode materials are expected to be used in plug-in hybrid cars made by European automakers. 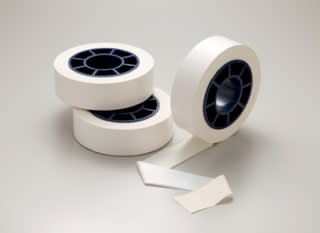 Separators are one of key components of Li-ion batteries.

Central Glass has decided to triple its annual production capacity for electrolytes in China to 9,000 tons. The company originally planned to build additional facilities in China in 2016 or later, but began to construct them in 2015 for starting operations in April 2016.

Ube Industries is considering doubling its annual separator production capacity to 300 million sq. meters by 2020. The company is hoping to expand sales of highly heat-resistant separators it has developed jointly with Hitachi Maxell.